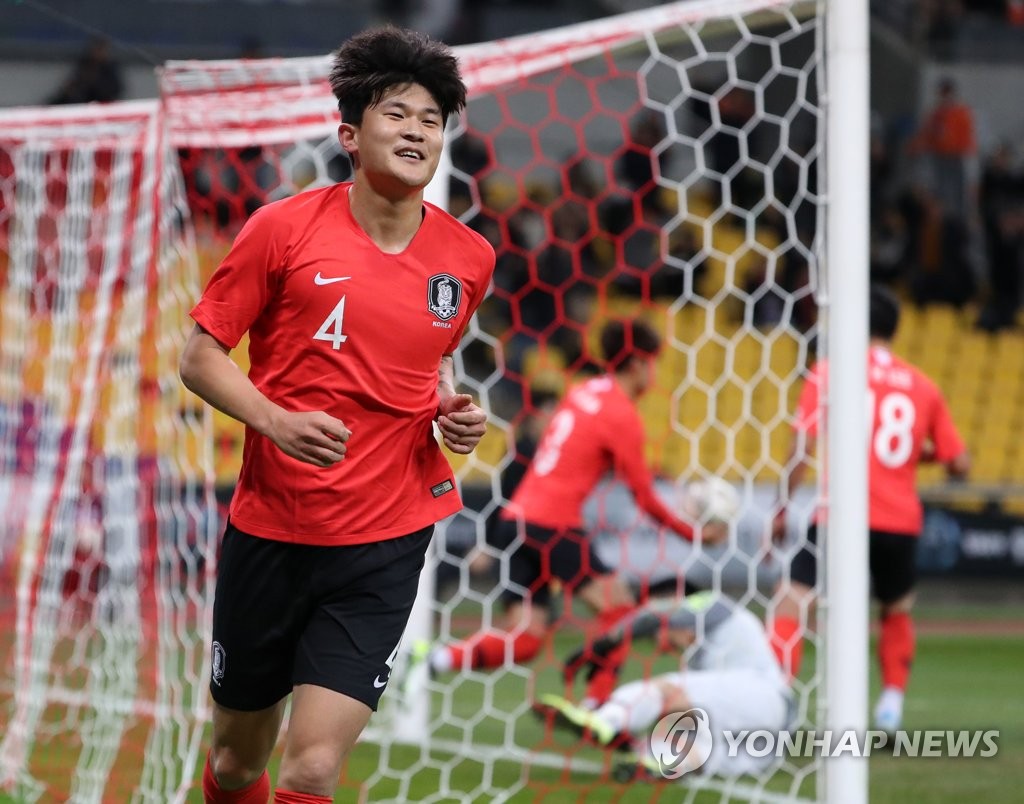 South Korea, the world No. 41, opened the tournament with a 2-0 win over Hong Kong last Wednesday and will wrap things up against the 28th-ranked Japan on Wednesday, back at Busan Asiad. Japan have also defeated China and Hong Kong in their first two matches, and the winner of the showdown between the long-time rivals on Wednesday will be declared the champions.

South Korea are chasing their third consecutive title and fifth overall, while Japan will look to win their first since 2013 and third overall. No country has won three EAFF titles in a row since the competition began in 2003.

Kim Min-jae put South Korea on the board with a 13th-minute header off a Ju Se-jong corner. Kim, who plays his club football for Beijing Sinobo Guoan FC in the Chinese Super League, has scored two of his three international goals against China.

South Korea kept knocking on the Chinese team's door for an insurance goal that never came.

In the 22nd, Lee Yeong-jae's left-foot strike just went over the crossbar. Nine minutes later, Na Sang-ho redirected a Kim Min-jae cross with his chest but the ball bounced wide of the right post.

Three minutes into the second half, Yun Il-lok sprung Na Sang-ho on a breakaway, but the wing attacker hit the left side of the net with his shot.

And in the 58th, Lee Yeong-jae found himself wide open after receiving a pretty pass from Lee Jeong-hyeop from the right side, but ended up airmailing the shot well over the net.

Head coach Paulo Bento made three substitutions on offense but none paid off. 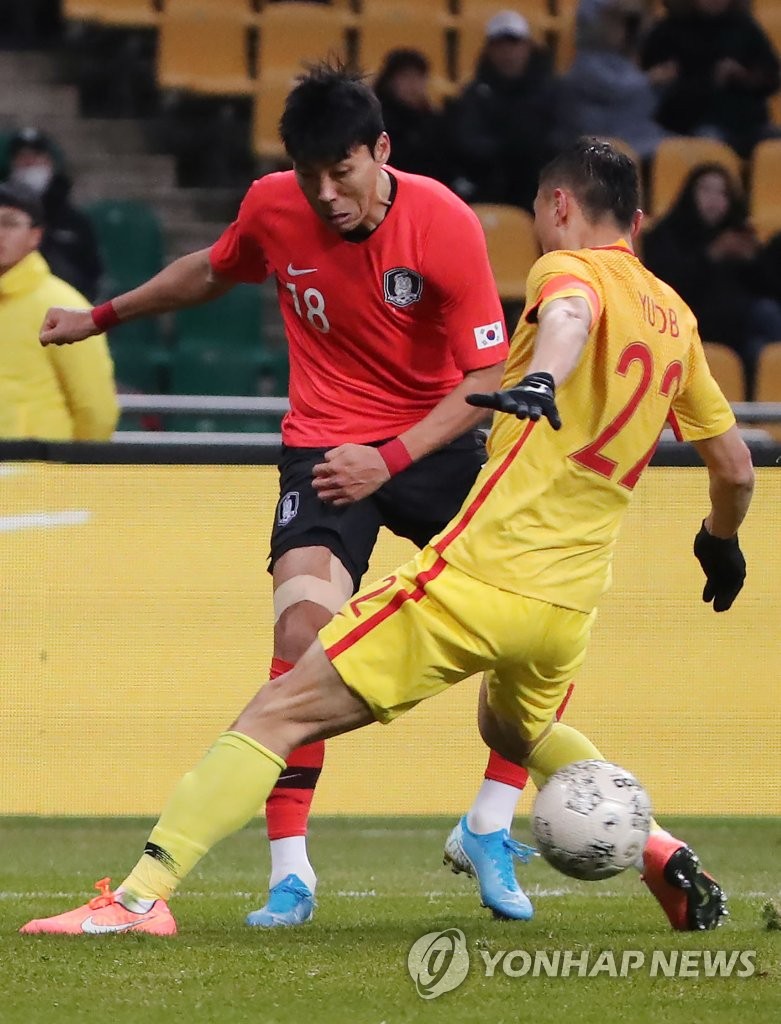 On the defensive end, South Korea held their 75th-ranked opponents without a shot on goal, and improved to 20-13-2 (wins-draws-losses) against China.

South Korea entered Sunday's match down two players: forward Kim Seung-dae was ruled out with a broken rib and fullback Kim Moon-hwan has been sidelined with a left quad injury. Both will miss the rest of the tournament but will not be replaced.

Bento is also without the services of Europe-based players, such as Tottenham Hotspur attacking ace Son Heung-min and budding FC Red Bull Salzburg star Hwang Hee-chan. This EAFF tournament isn't on the FIFA international match calendar, and clubs aren't obliged to release their South Korean players for this event.

All but one player are based in South Korea, China and Japan, the lone exception being Vancouver Whitecaps midfielder Hwang In-beom. 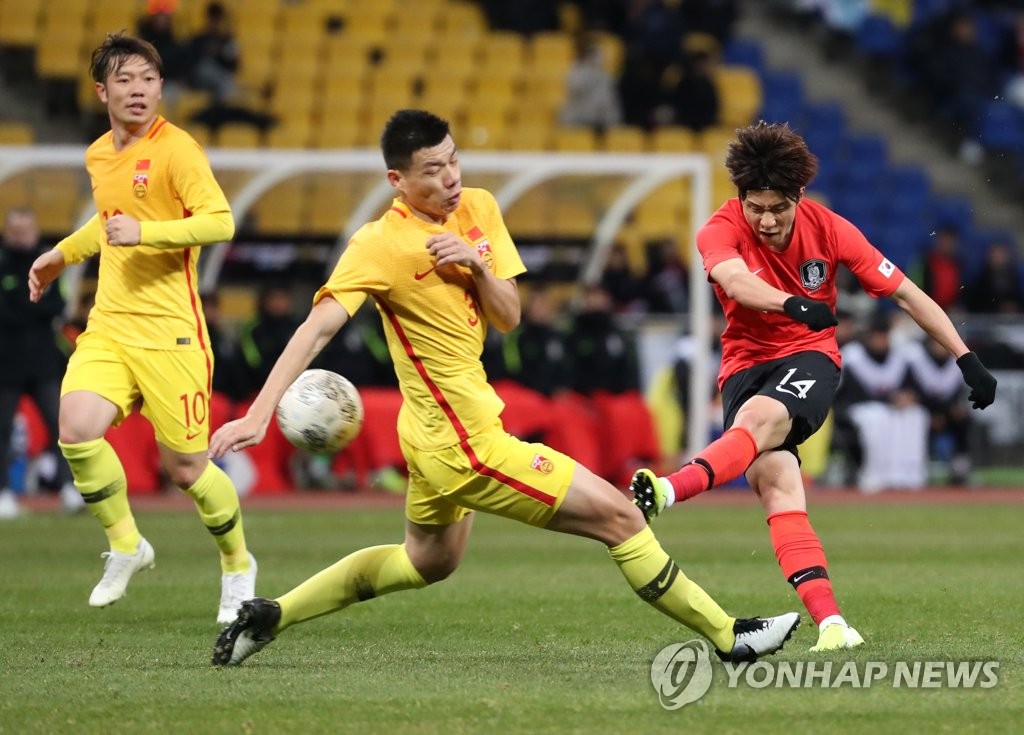