SEOUL, Dec. 23 (Yonhap) -- In the 2016 South Korean survival movie "The Tunnel," actor Ha Jung-woo played a car salesman who gets trapped in a collapsed tunnel and tries to survive under tons of concrete and debris.

Two years later, in political action thriller "Take Point," he took on the role of captain of an international crack team carrying out a secret operation in a bunker under the demilitarized zone between the two Koreas.

In his latest movie, "Ashfall," a big-budget disaster movie about an impending explosion of Mount Paekdu starring Ha and Lee Byung-hun, the actor has to deal with an even worse situation -- preventing a catastrophic eruption of the volcano at the northern end of the Korean Peninsula. 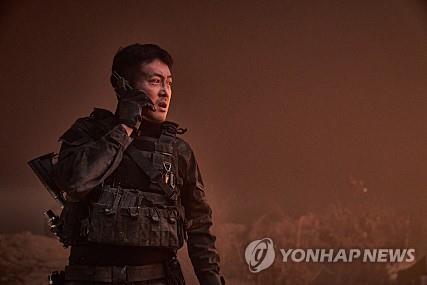 "It is a typical disaster movie, in that we can predict the entire storyline," Ha Jung-woo said in an interview with Yonhap News Agency on Friday. "But the cast and crew tried to create new characters that are not typical in a disaster-stricken situation."

In the Hollywood-esque disaster movie, Ha plays the role of In-chang, captain of a South Korean ordnance disposal team. He has to join hands with North Korean double agent Joon-pyeong, played by Lee Byung-hun, to stop the imminent eruption of the volcano, which is expected to blow up the entire peninsula.

Released on Thursday, "Ashfall" is one of the most anticipated films of the winter vacation season for its massive production budget and the collaboration of big-name stars Ha and Lee. The movie's outstanding computer-generated visual effects by Dexter Studios, which was behind the smash hit movie series "Along With the Gods," has also generated some buzz. 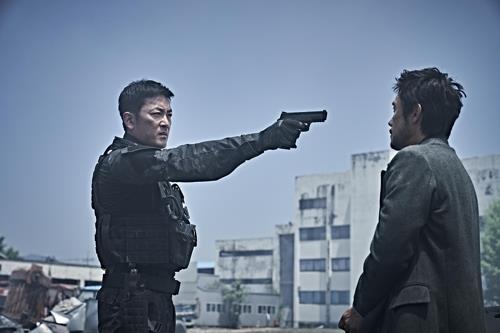 To make the story and characters more multilayered and unpredictable, Ha said he and Lee tried to add more comedy to the movie. He gives a spontaneous portrayal of a military official who never forgets to be amusing in a life-or-death situation.

"In the original screenplay, the two characters were more serious and monotonous," he said. "At the start of filming, we removed most of those serious parts and stressed their humorous and witty aspects."

In-chang is the skittish and clumsy leader of the special team and keeps complaining about his mission, while Joon-pyeong is so charismatic and smart that he deceives In-chang a couple of times on their way to Mount Paekdu. The duo's relationship leads the storyline until the end of the film.

"The two characters are the nitty-gritty of our movie. Joon-pyeong is a perfect cinematic person, but In-chang isn't," he said. "I thought if we could act the two characters in harmony, the movie could be intriguing and entertaining."

Ha is one of the most bankable actors in South Korea, with films he's starred in having sold more than 100 million tickets. Three of his films, "Assassination" (2015), "Along With the Gods: The Two Worlds" (2017) and "Along with the Gods: The Last 49 Days" (2018), have exceeded the 10 million threshold, considered a huge box-office success in a country with a population of about 52 million.

But Ha still wants to participate in independent films. He has produced a couple of low-budget films, including "Single Rider" in 2017, and hopes to give chances to hidden up-and-coming filmmakers.

His next project, horror film "Closet," the directorial debut of Kim Kwang-bin, is part of his low-budget lineup.

"I'm really eager to do an indie film, but it's hard to find a well-written script," he said. "So sometimes I consider making one by myself." 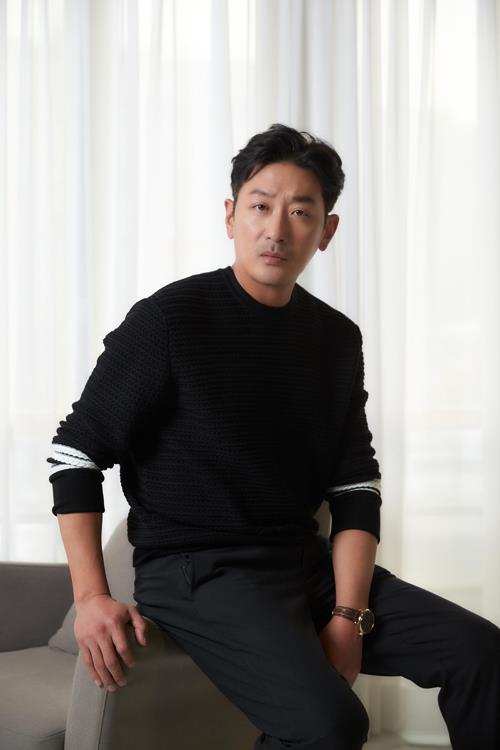