SUWON, South Korea, Dec. 23 (Yonhap) -- State prosecutors on Monday submitted a document seeking a retrial of South Korea's worst serial murder case following a twist of events that indicated an innocent man could have been wrongly convicted instead of the actual criminal.

Investigators at the district prosecutors office in Suwon, south of Seoul, said their probe found that a 52-year-old man, surnamed Yoon, could have been mistakenly charged for one of the crimes collectively known as the "Lee Chun-jae serial murder case," after the prime suspect's name.

Lee, currently in jail for a similar crime, is considered the key suspect in a number of murders that targeted females aged 13 to 71 in rural areas of Hwaseong, south of Seoul, between 1986 and 1991. 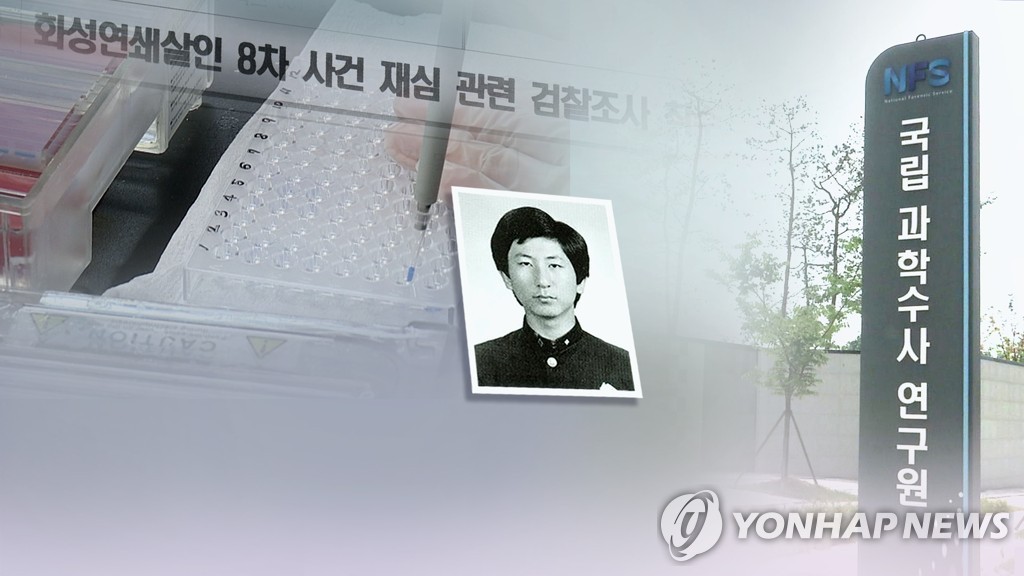 The cold case, which became notorious for the killer's brutality and mysterious disappearance, made a dramatic turn this year as Lee admitted his involvement in 10 crimes linked to the case after DNA tests identified him as the key suspect in at least five of the cases.

The development also drew allegations that investigators may have wrongly charged Yoon for the rape and murder of a 13-year-old girl in September 1988, which was classified as the eighth of the 10 killings in chronological order.

Suwon prosecutors accused former investigators of wrongly charging the 52-year-old, claiming their court-submitted document includes new findings that could prove Yoon's innocence and affirm coercion during the past investigation.

They also raised the possibility of a National Forensic Service report of two human hair samples found at the crime scene, used against Yoon, having been fabricated. Prosecutors have requested the court to reevaluate the evidence, currently preserved in a national archive, that was critical in convicting Yoon. 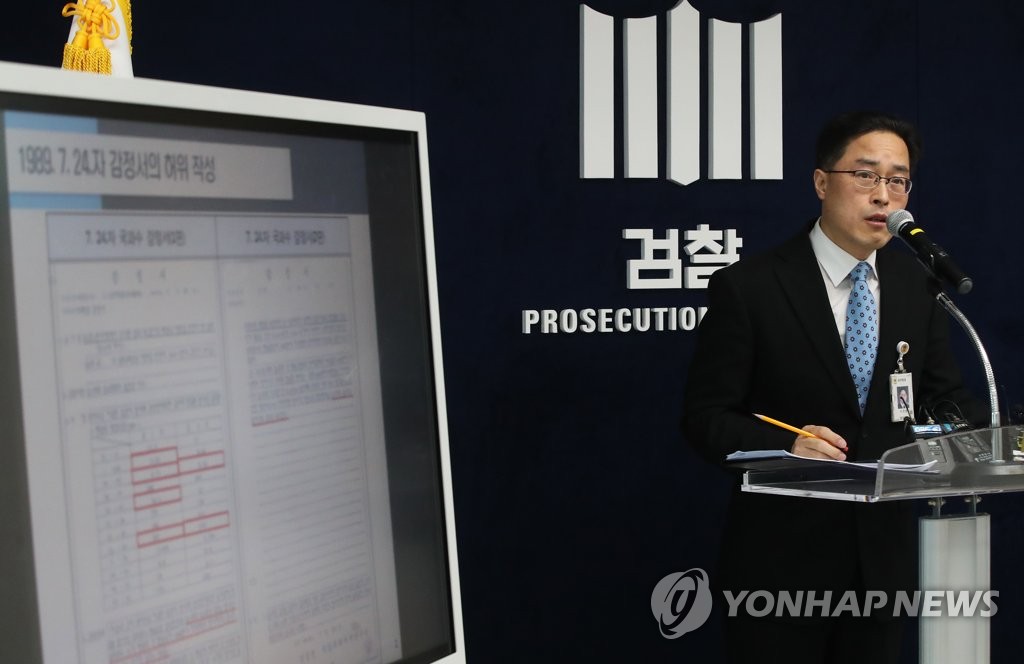 Yoon, who had claimed that police forced him to confess, was released on parole in 2009 after spending 20 years in prison. He filed for a retrial of the case at the Suwon District Court last month.

In a separate move earlier this month, police at Gyeonggi South Provincial Police Agency, also reexamining the case, said they have booked eight past investigators for allegedly abusing the suspect and falsely compiling investigative documents.