In the past two years, GM Korea has played a leading role in developing the Trailblazer as the Chevrolet brand's "core next-generation model, the company said in a statement.

With the addition of the Trailblazer, SUVs and recreational vehicles account for 60 percent of the company's Chevrolet lineup. It plans to increase the ratio to 70 percent to meet a rising demand for SUVs, GM Korea President and Chief Executive Kaher Kazem said in the new model's launching event held in Incheon, just west of Seoul. 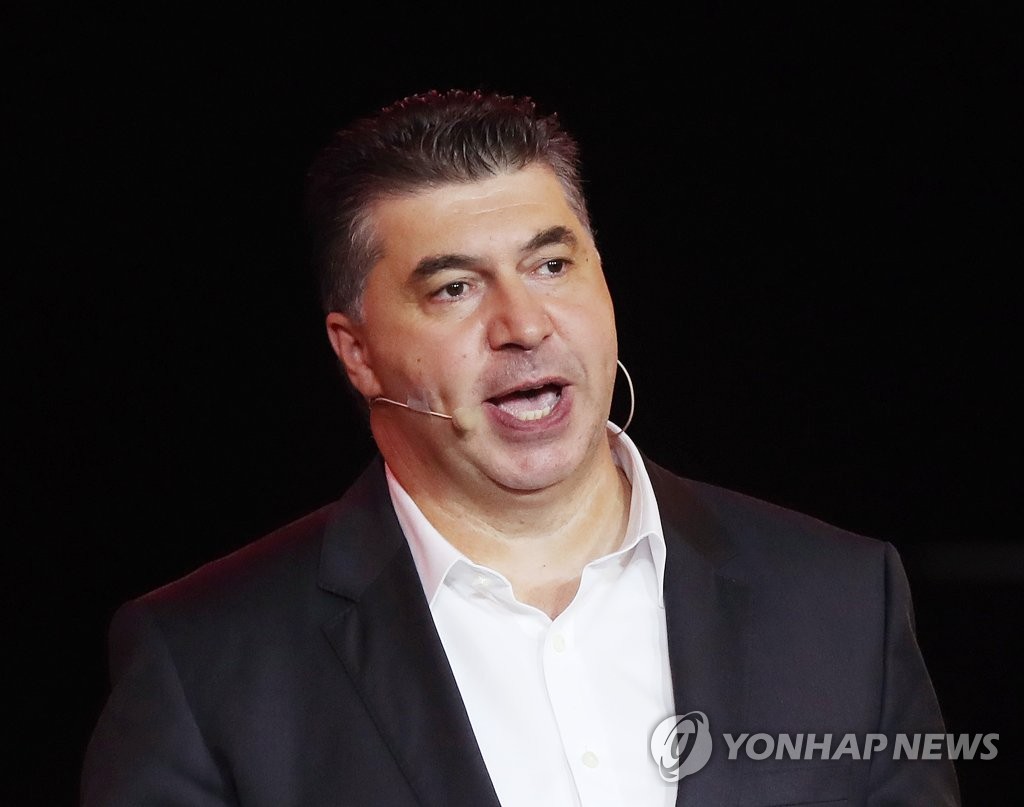 The e-turbo features an electric motor-generator mounted to the shaft connecting the turbo's compressor wheel and turbine.

For a turnaround in sales, GM Korea launched the Equinox SUV in 2018 and the midsize Colorado pickup truck and Traverse SUV last year. But the U.S.-made vehicles didn't help buoy sales.

This year, weak demand for its vehicles and possible strikes involving the unfinished wage deal for the year of 2019 still remain major concerns for GM Korea.

"We want the company not only to focus on improving profitability but also on becoming a 'responsible player in the community' for win-win synergies," Kim said.

In October, the former union leadership declared an end to negotiations with the company for the remainder of 2019 due to differences over wages.

The 10,000-member union demanded a 5.7 percent hike in basic monthly salary, one and a half months of wages in performance-based pay and a cash bonus worth 6.5 million won per worker.

But the company rejected the demands, saying the business environment is worsening and the company is still mired in a deficit. Partial and general strikes held last year resulted in production losses of 20,000 vehicles. 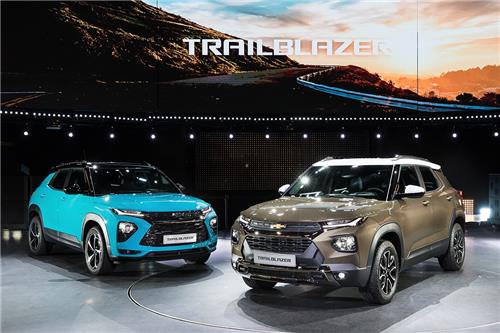 To jump-start sales, the company plans to introduce 15 new vehicles in the local market for the five years through 2023.

GM Korea's Chevrolet lineup is composed of the Spark, Malibu and Impala sedans; the Trax, Equinox and Traverse SUVs; the Colorado pickup; the Camaro sports car; and the Bolt all-electric vehicle.

The Bolt, Impala, Equinox, Camaro and Colorado are from the United States, and the Malibu sedan, Trax compact SUV and Spark, Damas and Labo minicars are made locally.

The Trailblazer sits between the Trax and the Equinox.

In May 2018, GM and the state-run Korea Development Bank (KDB) signed a binding agreement that will permit a combined 7.7 trillion-won lifeline -- 6.9 trillion won from GM and 810 billion won from KDB -- to keep the Korean unit afloat. GM owns a 77 percent stake in GM Korea.

Under the deal, GM is banned from selling any of its stake in GM Korea before 2023 and is required to keep its holding in the unit above 35 percent until 2028.