According to the report by Statistics Korea, the number of pigs raised here came to 11.28 million during the fourth quarter of last year, down 0.05 percent from a year ago.

The decline is attributed to the slaughter of livestock infected with African swine fever, Statistics Korea said. 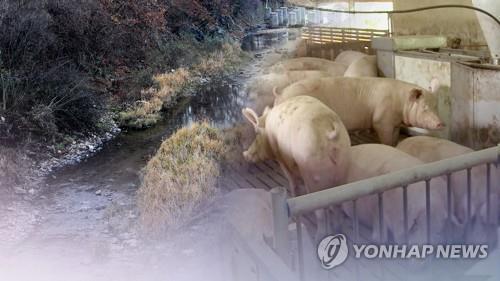 South Korea reported its first outbreak of the deadly animal disease in September last year. The country has not reported additional ASF cases at local farms since early October, but dead wild boars continue to be found with the disease, mostly along the inter-Korean border.

Quarantine authorities have culled some 400,000 pigs in a precautionary step against the spread of ASF.

The data also showed there were 3.21 million cattle in the country in the fourth quarter, up 3.2 percent from a year ago.

The rise in the number of cattle was caused by more calves being born in the country in the wake of price hikes, the data showed.