WASHINGTON, Jan. 16 (Yonhap) -- The Pentagon claimed Thursday that much of the costs shared between South Korea and the United States to station American troops on the peninsula directly benefits the South Korean economy.

The comment by Pentagon spokesman Jonathan Hoffman comes a day after the allies concluded their sixth round of defense cost-sharing negotiations without an agreement due to wide differences over how much of the burden Seoul should carry.

Washington has demanded a significant increase in Seoul's financial contributions, along with payments toward the cost of rotational troop deployments to the peninsula, which were not included in the previous deal, known as the Special Measures Agreement. 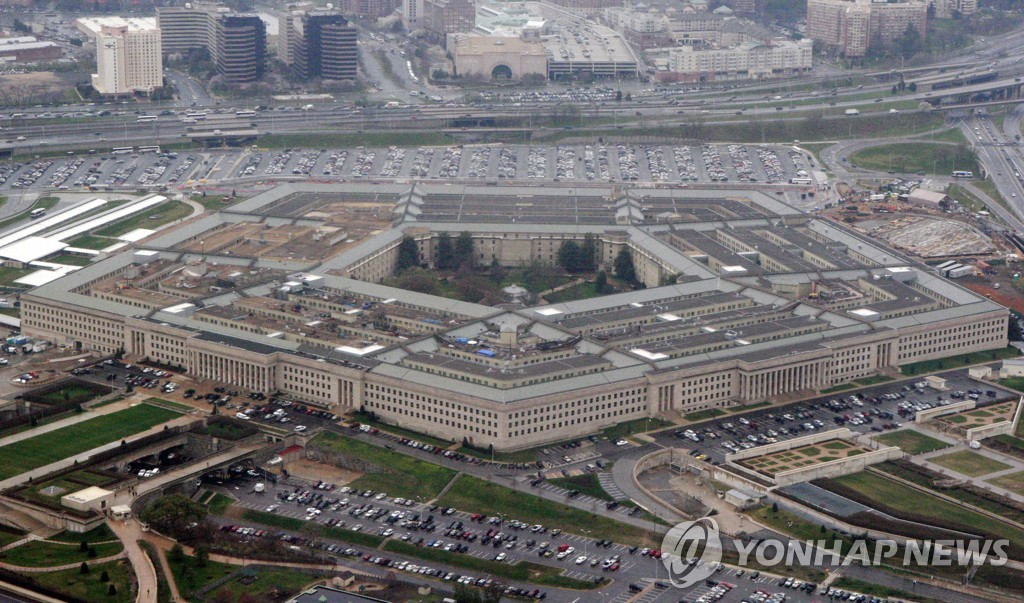 "We've continued to push on this since President Trump came into office, and we continue to see it, whether it's in the Middle East, whether it's in Europe, whether it's in Asia, that we expect our allies to pick up a little bit more of the burden," Hoffman said during a press briefing at the Pentagon. "One thing I'd point out with South Korea is much of the monies that are part of that cost-sharing actually go back directly into the South Korean economy in terms of goods and services procured there, the hiring of foreign service nationals who are able to work on the base."

Under the previous SMA, which expired at the end of December, Seoul was required to pay some US$870 million for Korean civilians hired by U.S. Forces Korea, the construction of some military facilities and other forms of support.

On North Korea, Hoffman said the U.S. continues to monitor the regime for possible provocations, such as a long-range missile test.

"(U.S. Defense Secretary Mark Esper) mentioned this yesterday or the day before, that's completely up to (North Korean leader) Kim Jong-un and what decision he makes," he said. "We're always monitoring it, but I'm not going to share any intelligence as to what we've seen and what we think is going to happen in the coming days."

Tensions mounted at the end of last year after North Korea threatened to send an unwanted "Christmas gift" to the U.S. in protest of stalled denuclearization talks between the two countries.

Christmas passed without a weapons test, but Kim warned in a New Year's message that the regime will soon reveal a "new strategic weapon" and take "shocking actual action."