SEOUL, Jan. 20 (Yonhap) -- The South Korean economy is expected to have fallen far short of its growth target last year, marking the slowest growth in a decade, a poll showed Monday.

In a survey conducted by Yonhap Infomax, the financial news arm of Yonhap News Agency, seven local experts polled estimated Asia's fourth-largest economy to have expanded 1.89 percent from a year earlier in 2019.

The Bank of Korea (BOK) earlier predicted a 2 percent on-year expansion in Asia's fourth-largest economy, which would have still marked the slowest on-year growth since 2009, when the economy expanded only 0.7 percent.

The central bank is set to offer its latest growth outlook for 2020 on Wednesday, along with its advance data on 2019 economic growth.

A protracted slump in exports in the face of a yearlong trade dispute between the United States and China, coupled with a drop in chip prices, were main drags on the economy. 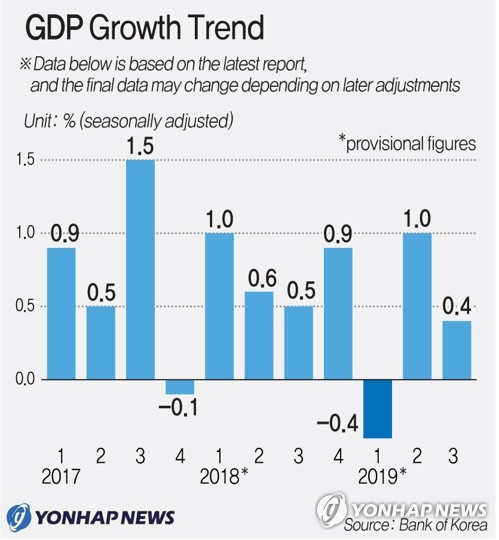 Its outbound shipments plunged 10.3 percent on-year to US$542.4 billion in the year, marking the first double-figure drop since 2009. Exports had dropped for 13 consecutive months as of December.

Its consumer prices gained 0.4 percent from a year earlier in 2019, the slowest growth since the country began compiling such data in 1966.

Amid record low exports and inflation, the South Korean economy unexpectedly contracted 0.4 percent from three months earlier in the second quarter of 2019.

The central bank earlier said the local economy is needed to grow by at least 0.97 percent on-quarter in the fourth quarter to reach an annual on-year growth of 2 percent.

The experts surveyed expected the economy to have expanded by 0.73 percent on-quarter in the October-December period.

"The slump in the facility and construction investment continued in the fourth quarter, while the recovery in consumer spending remained weak due to a warmer winter than in previous years," said Lee Sang-jae, an analyst at Eugene Investment & Securities.

"The improvement in exports too may not have been too great despite the phase one trade agreement between the United States and China as global trade continued to remain subdued," Lee added.

Some insisted the government's anti-speculation measures may have also weighed on consumer sentiments to limit fresh investment. 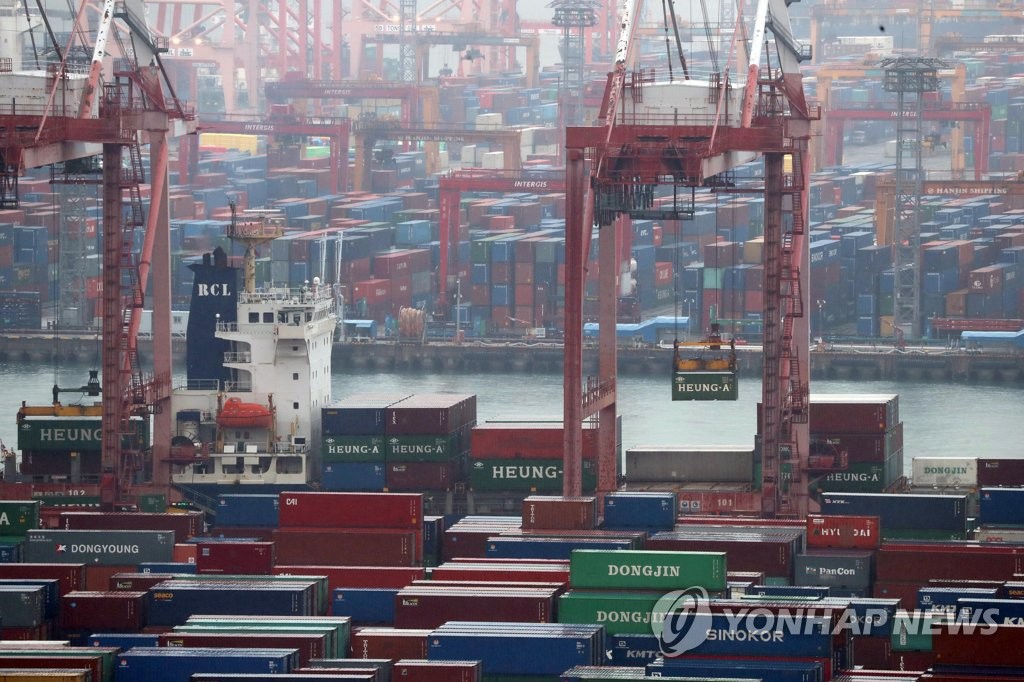 For 2020, the experts expected South Korea's economic growth to climb back to the 2 percent range with its exports cautiously tipped to rebound 3 percent.

"In 2020, South Korea's consumer spending and investment will likely slow down from 2019, but its economy will likely grow at a 2 percent range with its continued current account surplus, policy easing by major economies and its own expansionary measures, such as extra budget spending working as upside factors," Kyobo Securities analyst Lee Young-hwa said.

The BOK earlier estimated the local economy to grow 2.3 percent this year.