SEOUL, Jan. 24 (Yonhap) -- South Korea on Friday reported its second confirmed case of the China coronavirus amid mounting fears of the pneumonia-like illness that is spreading throughout China and other parts of the world during the Lunar New Year holiday.

According to the Korea Centers for Disease Control and Prevention (KCDC), a South Korean who arrived at Gimpo International Airport in western Seoul, late Wednesday, tested positive for the virus.

The 55-year-old man, who has been working in Wuhan since April 2019, visited a Chinese hospital last week after suffering from a sore throat and other symptoms, the agency said.

It said the man had been under close obervation since arrival because he had a fever and when his condition got worse, he visited a public health center on Thursday for tests. The agency said that 69 people whom he had come in contact with in the country, including five medical personnel and two of his family members, have been placed under close monitoring. 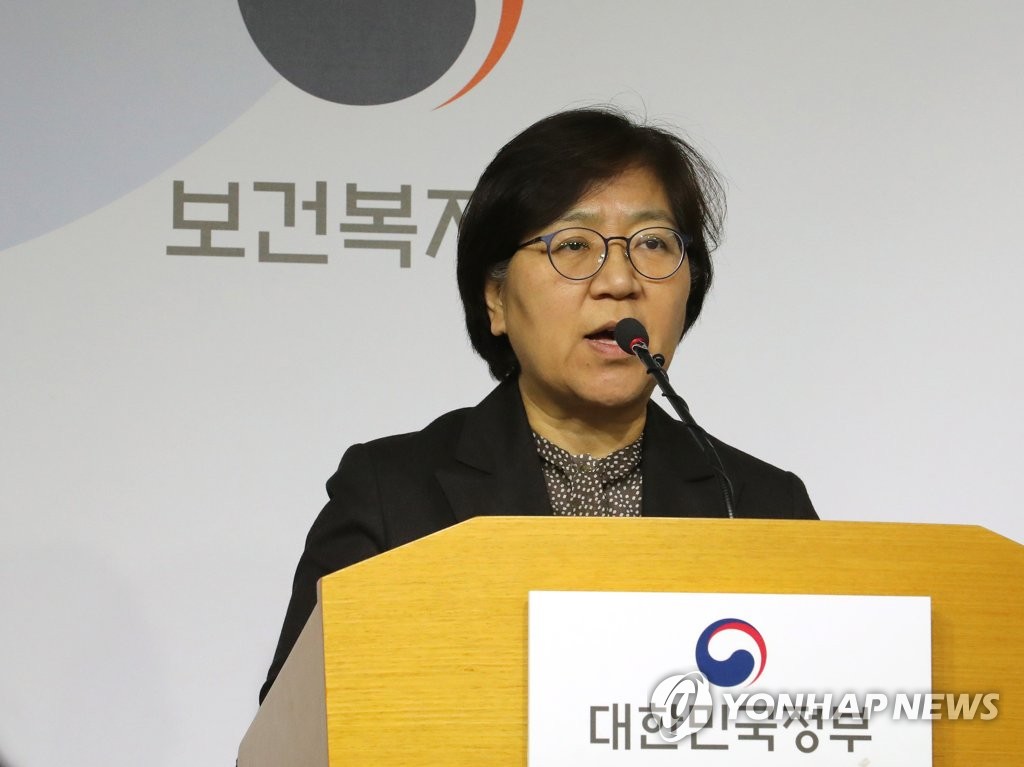 KCDC Director Jung Eun-kyeong said in an emergency briefing in Sejong City, 130 kilometers south of Seoul, that quarantine inspections for all arrivals from China are being actively considered.

"With Wuhan airport closed and no direct flights, people from the city and neighboring areas could take more diverse routes, requiring our side to more carefully screen people from China," she said.

Jung's comments reflect concerns that were raised after the second confirmed person infected with the virus in South Korea returned to the country via Shanghai.

The country reported its first confirmed case of the new coronavirus Monday when a Chinese resident who arrived at Incheon International Airport, the country's main gateway, on Sunday tested positive for the virus.

Meanwhile, all 25 suspected cases reported here tested negative for the new coronavirus, according to the center.

The second confirmed case came as South Korea is struggling to prevent the spread of coronavirus during the four-day Lunar New Year holiday, with the country's citizens advised not to visit the central Chinese city at the epicenter of the disease.

Lunar New Year is celebrated by both Korean and Chinese people. The traditional holiday, which began Friday, will see increased movement within the country and abroad, potentially exposing more people to the virus, the center said.

Common symptoms of the new coronavirus, thought to have originated in Wuhan, include fever, sore throat and breathing difficulties, with more acute cases involving chills and muscle pain.

South Korea is maintaining a high level of vigilance to prevent the spread of the coronavirus.

Airports across the nation have been ratcheting up their scrutiny of passengers from China and other countries for signs of illness, with local authorities accelerating quarantine efforts to contain the virus.

Japan, Taiwan, Thailand, Vietnam, Singapore, Macao, Hong Kong and the United States have all confirmed cases of the disease.

Seoul's foreign ministry applied the alert level of "restraint" to Wuhan, the third highest in the four-tier travel warning system, while issuing the lowest alert level of "caution" for other areas in China's Hubei Province.

It also said at present, no South Korean nationals living in Wuhan have tested positive for the virus and none there has shown symptoms. The ministry said it is helping people that want to return home.

Korean Air Lines Co., South Korea's national flag carrier, said Thursday it will suspend its flights to Wuhan until the end of this month.

South Korea said it will make the utmost efforts to contain the Wuhan coronavirus by enhancing preventive quarantine and screening measures.

"It will take lots of time and efforts to terminate the virus, and what's important now is to take quick and thorough preventive measures, thus minimizing potential fallout," Prime Minister Chung Sye-kyun said during an emergency meeting hastily arranged to discuss stepped-up responses against the deadly disease.

At the meeting, the government said it will tighten observations of all suspected cases. 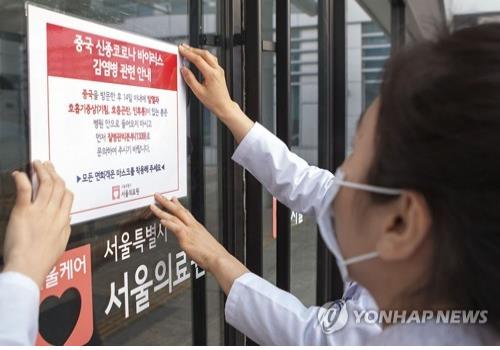 The new coronavirus was originally believed to be passed to humans from animals but is now known to be transmissible from person to person, although victims may be contracting the virus by coming in contact with saliva and other bodily fluids rather than through airborne factors.

China announced that the death toll had risen to 26, with more than 880 confirmed infections, amid concerns the pneumonia-like illness is spreading quickly and widely.

In effort to prevent spread of the virus, the Chinese government restricted travel for 40 million people on the eve of Lunar New Year.

In a press briefing held in Geneva on Thursday (local time), the World Health Organization opted not to declare the new coronavirus a global health emergency, which means the U.N. agency still considers it to be a local emergency.

WHO, however, called on China to be more forthcoming with information related to the virus so scientists can better understand its cause and how best to combat it. Sources said that the outbreak does not seem to have the propagation rate of Severe Acute Respiratory Syndrome.

If the agency issues a global alarm on the new virus, it could call for travel and trade restrictions to prevent the spread of the infection through coordination with governments.