SEOUL, Jan. 25 (Yonhap) -- South Korea's public health authorities announced Saturday that they have designated all of China as a "coronavirus watch" zone as part of efforts to prevent the spread of the Wuhan coronavirus here.

The Korea Centers for Disease Control and Prevention (KCDC) pledged to safeguard public health as South Koreans celebrate the four-day Lunar New Year holiday. KCDC initially only designated Wuhan and surrounding Hubei Province, the epicenter of the outbreak, as a place of special interest with extra scrutiny in terms of quarantine procedures for people who arrive from the city.

Details on the measures to be taken will be announced Sunday, the agency said, with such a step likely to entail all Chinese travelers having to fill out detailed health questionnaires upon arrival in South Korea.

About 32,000 Chinese visitors arrive in the country per day and Seoul confirmed cases of the new coronavirus that causes pneumonia-like illness on Monday and Friday. It said earlier in the day that it has so far checked 32 other people for the new coronavirus with all testing negative.

"The government is checking all people who are complaining of symptoms with no coronavirus incidents being identified in the past 24 hours," said a KCDC official. She added that none of the 69 people who are under close observation after having come in contact with the country's second confirmed case are showing signs of being ill. 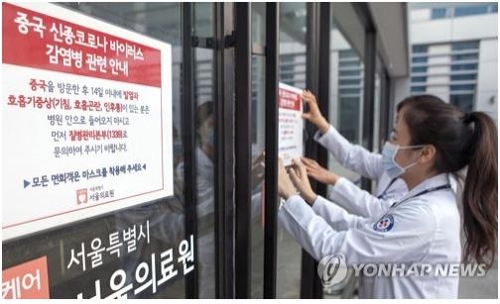 The first confirmed case involved a 35-year-old Chinese woman who arrived at Incheon International Airport, the country's main gateway west of Seoul, from Wuhan with the second being a South Korean who has worked in the city in Hubei Province since April 2019 and returned home after feeling unwell. The 55-year-old man arrived in South Korea on Wednesday with a fever.

The KCDC said the second patient is in stable condition with doctors treating him for a sore throat.

Airports across the nation have set up checkpoints to screen passengers from China and other countries for signs of illness, with local authorities accelerating quarantine efforts to contain the virus as a countless number of people visit relatives back home or travel abroad. Seoul earlier advised its citizens not to visit the central Chinese city at the epicenter of the disease

The KCDC stressed citizens should follow strict personal hygiene standards whether they are in the country or traveling abroad, especially since large numbers of Chinese tourists are visiting South Korea during the holiday period. The Lunar New Year is celebrated by both Korean and Chinese people.

It also asked people to wash their hands frequently, cover their mouths when coughing and wear a mask if they have respiratory problems.

Common symptoms of the coronavirus include fever, sore throat and breathing difficulties, with more acute cases involving chills and muscle pain. Health experts said that elderly people and those with underlying disorders should be more careful not to contract the virus.

Related to the growing health concerns, South Korea's foreign ministry raised the travel advisory level for Wuhan and the Hubei region to "red alert" and recommended its citizens to evacuate the region.

"We advise all South Koreans to withdraw from the region unless for urgent matters, and our nationals who were planning to travel to the area to either cancel or delay the plan," the ministry said in a release.

The "red alert" is the third highest in the country's four-tier travel warning system.

China, meanwhile, announced that the virus has killed 41 people so far, with 1,287 confirmed to be infected, amid concerns that the pneumonia-like illness is spreading quickly and widely.

Beijing has already stressed it will mobilize all its resources to contain the disease and even took steps to close off around a dozen cities and famous tourist attractions to control the spread. 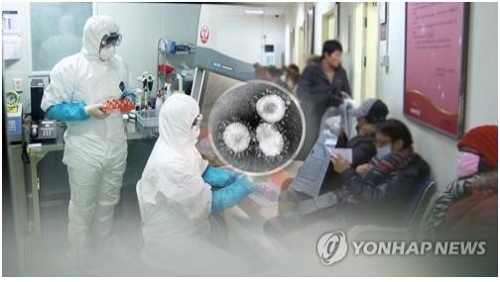 The new coronavirus, first reported in China on Dec. 31, was originally believed to have been passed onto humans by animals but is now known to be transmissible person to person, although victims may be contracting the virus by coming in contact with saliva and other bodily fluids rather than through airborne factors.