SEOUL, Jan. 26 (Yonhap) -- Kim Kyong-hui, a once-powerful aunt of North Korean leader Kim Jong-un, has made her first public appearance in more than six years since the execution of her husband, Pyongyang's state media showed Sunday.

The Korean Central News Agency (KCNA) reported that Kim Jong-un attended a concert celebrating Lunar New Year's Day on Saturday at the Samjiyon Theater in Pyongyang with his wife, Ri Sol-ju. The KCNA, monitored in Seoul, added that Kim Kyong-hui joined the leader and his wife in the audience.

According to photos released by state media, Kim Kyong-hui was seen sitting between leader Kim's wife and his younger sister, Kim Yo-jong. In the KCNA article, her name was listed right after Choe Ryong-hae, the North's No. 2 leader. 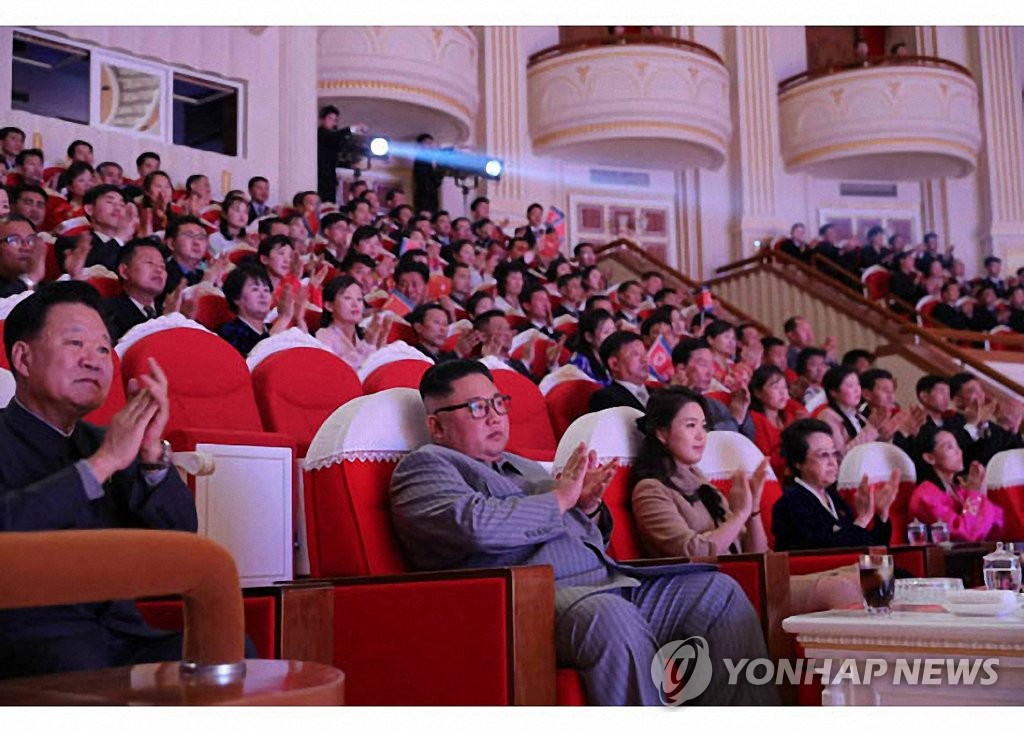 Kim Kyong-hui's public appearance marked the first time in more than six years since her husband and once No. 2 man in Pyongyang, Jang Song-thaek, was executed on charges of treason and corruption in December 2013.

She was last seen watching a military parade held to mark the country's 65th founding anniversary on Sept. 9 of the same year.

Her long absence from public view had given rise to speculation that she, too, had been purged. The National Intelligence Service in Seoul told the National Assembly in August 2017 that she was staying near Pyongyang and was getting medical treatment for diabetes.

Born in 1946, Kim Kyong-hui is a daughter of North Korean founder Kim Il-sung and sister of late leader and Kim Jong-un's father Kim Jong-il. She was stripped of major government posts following her husband's unexpected execution.

Experts see her reappearance as intended to emphasize the internal solidarity of Kim's family as the country is bracing for a protracted fight against crippling sanctions and pressure led by the United States.

She, however, is not likely to assume an important position again given her old age and her apparently weakened political status following her husband's execution, they added.

In his New Year's message, leader Kim called for making a "frontal breakthrough" to tackle challenges confronting the country and intensified efforts to build a self-reliant economy amid a lack of progress in denuclearization negotiations.

Kim said that he does not feel bound to maintain a self-imposed moratorium on testing long-range and nuclear weapons, saying that the North will show off a "new strategic weapon" in the near future.
(END)