South Korea and the United States have been engaged in talks over how much Seoul should pay for the upkeep of the 28,500-strong USFK under their cost-sharing deal, the Special Measures Agreement (SMA), but have yet to reach a deal.

"Their loss will have an impact on readiness," USFK commander Gen. Robert Abrams said. "Unfortunately, without an agreed upon SMA, we must continue to prepare for a potential furlough."

Absent an agreement, the furlough will begin on April 1, it said.

The U.S. Department of Defense earlier said it will fund the salaries of key Korean workers who provide life, health, safety and other readiness services, but USFK sent the notice, as required by U.S. law, to all its nearly 9,000 Korean employees as it is still unclear who will be subject to the potential furlough, it said.

"We've explored all options that remain within my authority to delay a potential furlough due to the SMA lapse, and we will continue to explore funding alternatives up to and even during a required furlough," Abrams said.

Since September, the two countries have held six rounds of negotiations. But they have yet to reach an agreement amid Washington's demand for a sharp increase in Seoul's financial contribution.

U.S. Defense Secretary Mark Esper said Monday that South Korea can and should contribute more to the upkeep of the American troops on the peninsula after holding talks with Defense Minister Jeong Kyeong-doo.

Jeong has stressed that a furlough of South Korean workers should be avoided, asking the U.S. to review the use of the USFK budget to cover their salaries or reach a conditional deal on their wages. 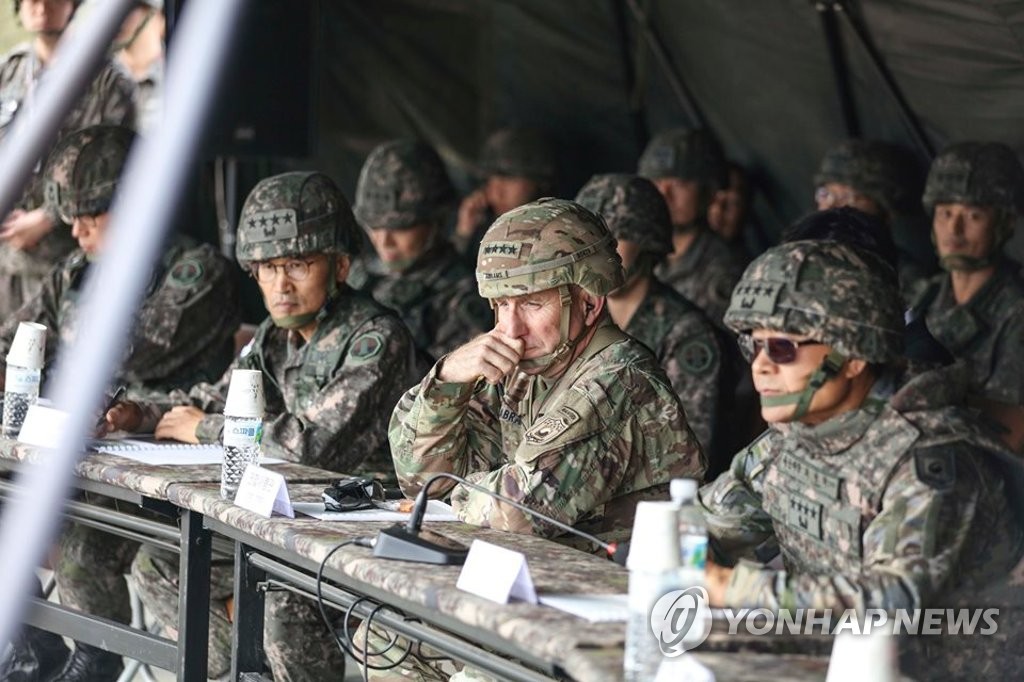