Moon replied that his government would provide "maximum support" if available, as the two leaders discussed bilateral cooperation in the fight against the novel coronavirus pandemic.

He then pointed out that approval by the Food and Drug Administration (FDA) might be required. In response, Trump said he would make immediate action for that "within today," Cheong Wa Dae spokesman Kang Min-seok said.

Trump showed his interest in the trend of infections in South Korea and said the country is "doing very good," he added. 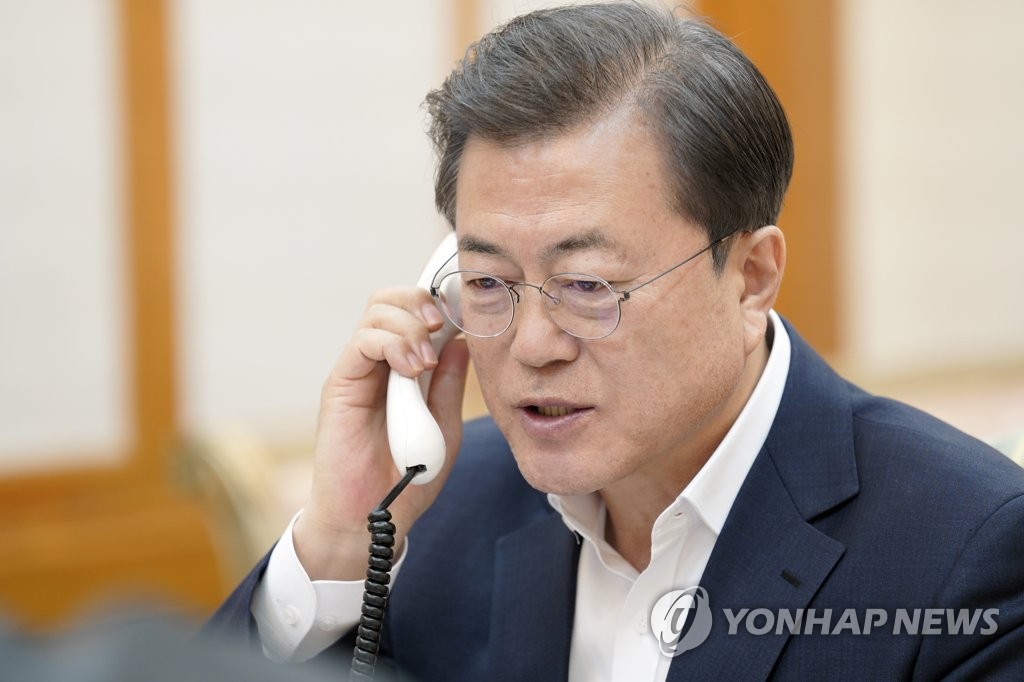 South Korea has been widely lauded for its effective and swift response to the spread of the virus, taking advantage of its advanced testing capabilities. It has been exporting test kits to a number of countries.

In the 23-minute conversation, made at Trump's "urgent request," Moon said the establishment of a US$60 billion currency swap line between the two countries earlier this week was a "very timely" measure to help stabilize the international financial market.

Held two days ahead of the Group of 20 (G-20) special teleconference, it marked their first phone talks of this year and 23rd in total.

Regarding the G-20 session, Moon stressed the importance of its member states sending a "unified message" in both quarantine measures and efforts to prop up the economy hard hit by the pandemic.

He also held out expectations for in-depth discussions on ways to promote trade and protect activities by business people in a way not to affect quarantine steps.

Trump agreed to talk about the issue in the upcoming G-20 session. Moon and Trump also exchanged views on the issue of postponing the Tokyo Olympic Games, Kang said without elaborating.

"President Trump reiterated his commitment to employ the full weight of the United States Government and work with global leaders to save lives and restore economic growth," he said.

Earlier in the day, Moon also had phone talks with Spanish Prime Minister Pedro Sanchez and Crown Prince Mohammed bin Salman of Saudi Arabia in connection with the COVID-19 outbreak that has affected the entire world. 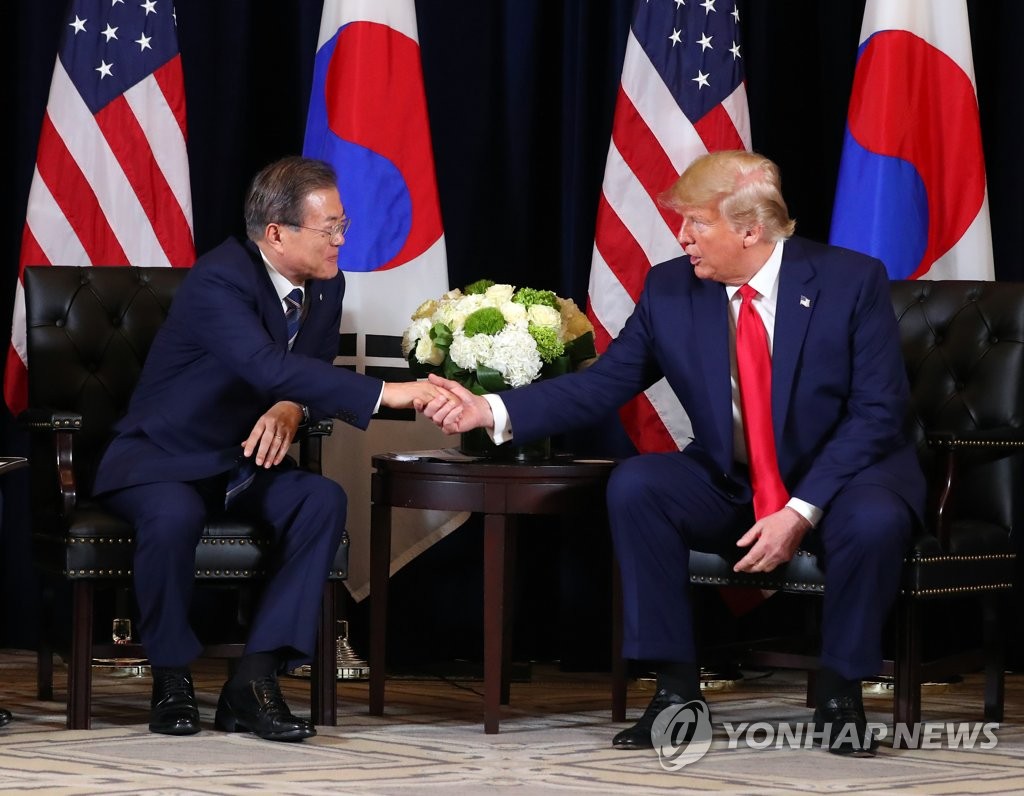