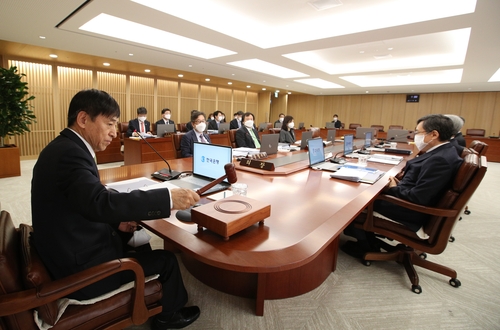 South Korea reported its first COVID-19 case on Jan. 20. The virus has since infected 10,423 people as of Thursday while killing 204.

Many now expect the South Korean economy to grow less than 1 percent this year, while some even anticipate a contraction.

Global rating agency Moody's Investors Service has lowered its growth outlook for South Korea to 0.1 percent, with the Asian Development Bank slashing its growth projection to 1.3 percent from the previous 2.3 percent last week.

BOK Gov. Lee Ju-yeol said it may be too soon to determine the economic impact of the new coronavirus outbreak but insisted the local economy will likely post positive growth this year.

"Economic growth, not just that of South Korea but the entire world, depends entirely on the course of the new coronavirus outbreak at least this year," Lee told a press briefing.

"Based on the current scenario, we believe the local economy will likely post a positive growth this year," he said.

Lee, however, noted the possibility of a global recession is "highly likely."

Still, experts here expect the central bank to keep its policy rate steady for some time.

The BOK chief said two board members voiced a need to further slash the base interest rate by a quarter percentage point.

He refused to comment on the possibility of a rate reduction down the road.

"We are supposed to take necessary steps in accordance with conditions. I may not comment on the possibility of a rate cut in May but will instead say we still have room for monetary policy," Lee said.

"Also, I note the BOK is actively utilizing other policy measures, along with monetary policy steps, to deal with the current situation," he added.

The BOK's policy rate had stayed at 1.25 percent since October, higher than that of the United States, which created a constant source of capital outflow from South Korea.

"The effective lower boundary varies, instead of being fixed. For instance, our lower boundary may go down when the interest rate of an advanced country goes down. And in that sense, it is true that we still have room to deal with the fallout from the new coronavirus with a monetary policy decision," the top central banker told the press briefing. 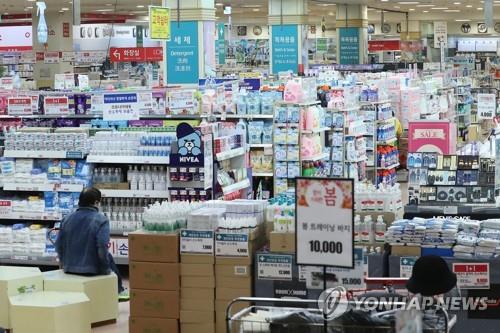