Esper made a phone call to South Korean Defense Minister Jeong Kyeong-doo earlier this week to press Seoul to quickly agree to much higher contributions, it said. 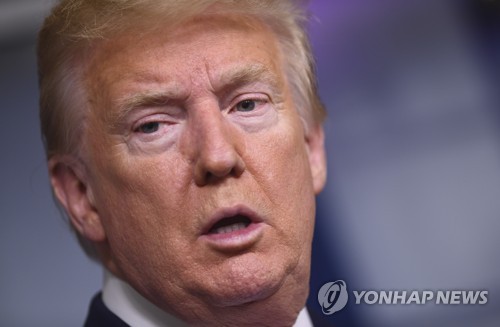 South Korean media reported last week that the two sides had reached a tentative deal on renewing their Special Measures Agreement for the upkeep of 28,500 American troops stationed on the peninsula.

When the expected announcement didn't come, there was speculation Trump had vetoed the deal because it fell short of his demands, which reportedly started at US$5 billion, or more than five times the $870 million Seoul agreed to pay under last year's one-year SMA.

Reuters said Seoul's offer was "far below even the substantially lowered expectations of the Trump administration."

One U.S. official told Reuters it was highly unlikely an agreement will be reached before the April 15 parliamentary elections in South Korea. Any new SMA is subject to ratification by the National Assembly.

The official also said there was concern the standoff could last until the U.S. presidential election in November.

On April 1, U.S. Forces Korea placed some 4,000 South Korean employees on unpaid leave, citing the absence of an agreement to cover their salaries.

Meanwhile, Reuters quoted a source as saying that South Korea actually offered to cut its contribution in one round of negotiations in Seoul in November, leading the U.S. delegation to cut the meeting short.

"Negotiations with the Republic of Korea are ongoing," a U.S. government official told Yonhap News Agency. "The President has been clear in the expectation that our allies around the world, including South Korea, can and should contribute more.

"We will continue to discuss with our Korean partners a mutually beneficial and equitable agreement that will strengthen the alliance and our combined defense far into the future," the official added.