SEOUL, April 24 (Yonhap) -- The Kiwoom Heroes may have been swept in four straight games by the Doosan Bears in the 2019 Korean Series. But Brandon Knight, the Heroes' pitching coach, is quick to point out that it was a much tighter series than it appears on the surface.

Indeed, the Bears won the first two games in their last at-bats in the bottom of the ninth. And the deciding Game 4 went to extra innings, with the Bears clinching the Korea Baseball Organization (KBO) title with an 11-9 victory.

It was the Heroes' second Korean Series appearance, and they have yet to win the championship. But with most of the arms that made the Heroes one of the KBO's top pitching teams in 2019 back in the fold, Knight is confident his club has what it takes to contend again in 2020. 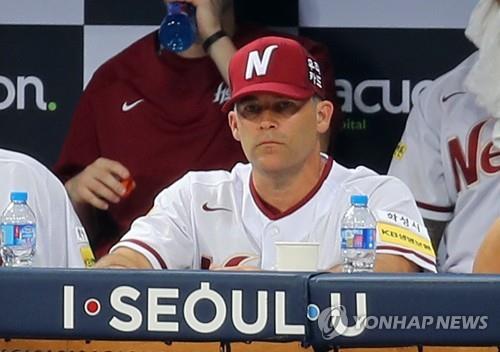 "Our whole bullpen was so solid last year. If (our relievers) can repeat what they did last year and if our starters take the next step, that's going to be a real (plus)," Knight told Yonhap News Agency in a phone interview Wednesday.

Collectively, the Heroes' bullpen led the KBO with a 3.39 ERA and gave up the fewest walks per nine innings with 2.61.

Knight could use all the pitchers he could have, because the 2020 season will be unlike any other in the KBO's 38-year history. For one, the start of the season was postponed from its original March 28 Opening Day due to the coronavirus outbreak. When it finally does begin on May 5, teams will have missed 32 days worth of games.

And despite the delayed start, the KBO still wants to squeeze all 144 games into the compressed schedule, and some managers have already been openly critical of that decision. There will inevitably be doubleheaders, and teams may also have to play on Monday, which is normally a designated off day.

An old baseball adage has it that you can never have enough pitching, and pitching depth will particularly be at a premium this season, Knight said. 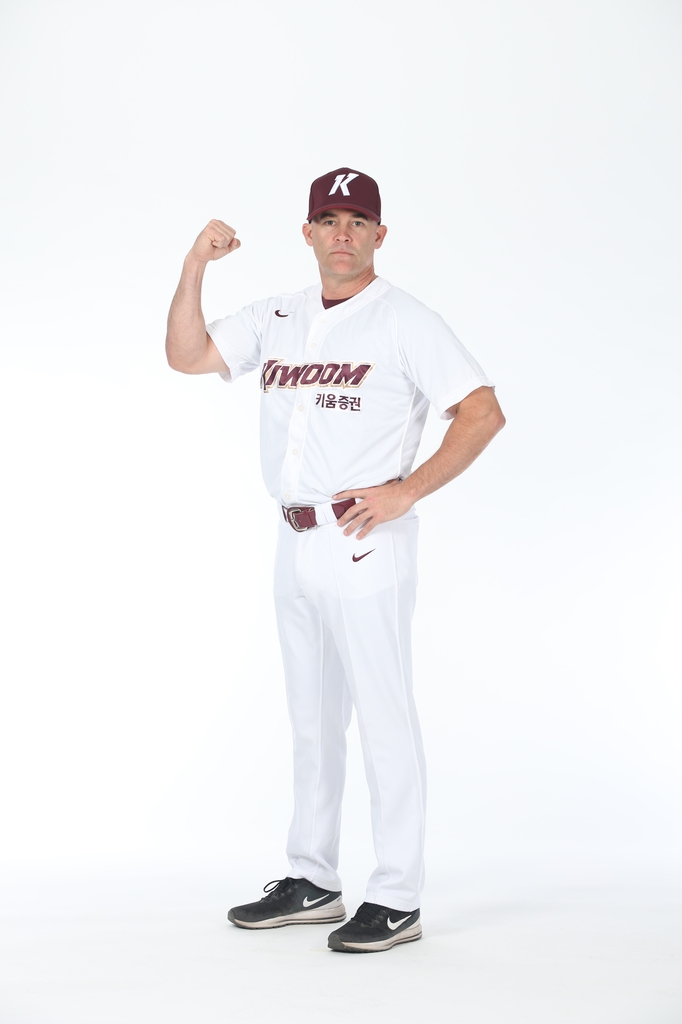 "For me, (playing 144 games in the tight window) is a lot to ask. We're really going to have to monitor workloads of our guys," Knight said. "My thing for this year is, can our starters give us a few more innings and take pressure off our bullpen? It's going to be really important for us to get contributions from a lot of different people."

Knight said he's also encouraged by the progress of his two American starters, Jake Brigham and Eric Jokisch, after their own adventurous spring.

After spring training ended in early March, they were allowed to travel back to the United States to be with their family and away from South Korea, where the coronavirus was raging. But as the situation here gradually improved and things took the turn for the worse in the U.S., Brigham and Jokisch were brought back ahead of schedule. Upon arriving back, they had to be quarantined for two weeks, as per the government mandate on international arrivals.

Knight said, based on video that the two pitchers sent him from the U.S., both were "totally locked in" before they returned to Seoul. Without the 14-day quarantine, they'd be pitching in preseason games by now. But Knight said Brigham and Jokisch tried to stay "as realistic as possible" about their preparation once their rejoined the team and make sure they wouldn't rush back.

"So far, they've progressed really nicely," Knight said. "We're hoping they'll be ready to give us solid innings in the first games (in the regular season)."

As challenging as the spring has been for pitchers, things haven't exactly been easy for Knight and his fellow coaches, either.

As the KBO was trying to decide exactly when the season would begin and was throwing different dates on the board to see what stuck, Knight has had to figure out which pitcher should throw how many pitches on what day.

In times like this, it has been great for Knight to have almost a second pitching coach in the form of his new manager, Son Hyuk. 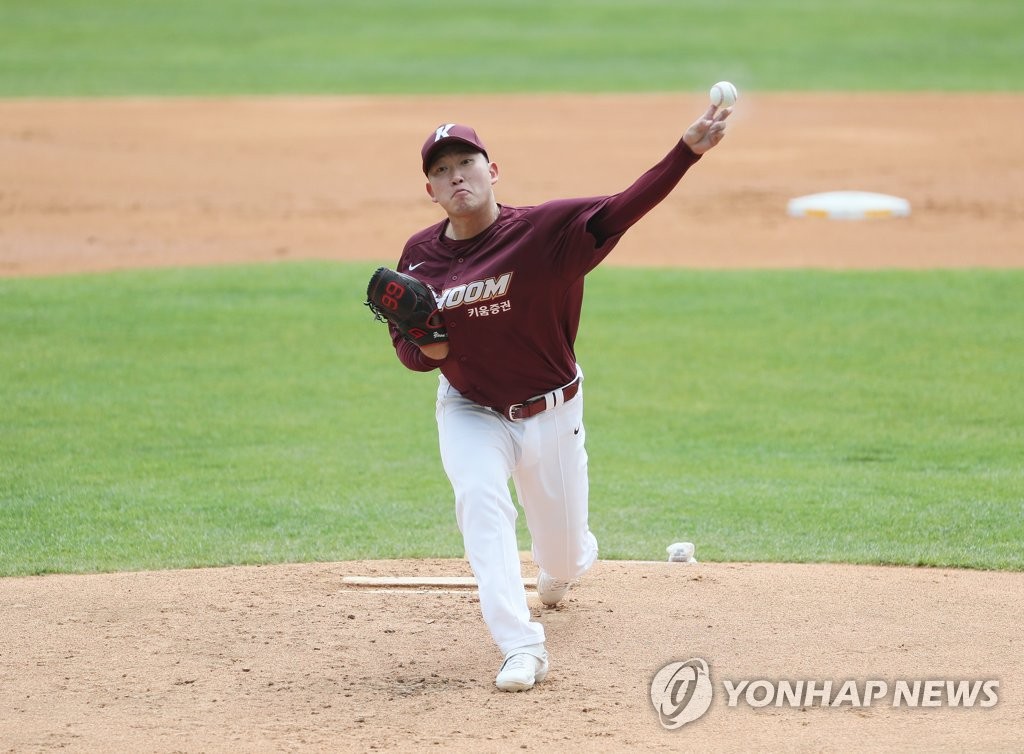 Son had been the pitching coach for the Heroes and another KBO team, the SK Knights, before he became Kiwoom's new skipper last November.

"He's a pitching guy at heart. There's no doubt about that," Knight said. "The best way to put this is, it's almost like there are two pitching coaches. He wants to be very involved with what's going on. We just collaborate on how we think is the best way to run a pitching staff."

Knight, who assumed his current role in July 2017 after pitching for six seasons in the KBO, said he and Son are talking a great deal as they build a relationship.

"He certainly has his ideas, and he has them be known, whether it's to me or directly to pitchers," Knight said. "In this case, we just have to make sure we're communicating. We have two voices, but it's really one voice. We're both together in telling the pitchers the way we feel. It's taken some getting used to."

Son was the Heroes' pitching coach for the 2015 and 2016 seasons. Knight estimated that Son knows "half the people" on the current pitching staff, and that level of familiarity certainly helps.

Son is also "very analytically driven," Knight noted, so much so that the Heroes' analytics department is working overtime to crunch numbers. And Knight said his job is to provide some balance for the pitchers.

"At the end of the day, all the analytics are a supplement. The bottom line: You have to be able to pitch," Knight said. "If you have good vertical movements but if you can't throw strikes, it doesn't matter. So my main focus is making sure these guys know how to pitch, and then use analytics and data to make their pitches even better."