SEOUL, May 22 (Yonhap) -- Television networks are doubling down on shows centered around the recent trot-music hype -- launching new shows and snatching up stars who are becoming increasingly high in demand.

TV Chosun is credited with ushering in the renaissance of trot -- a soulful genre with repetitive rhythm, simple chords and no-nonsense lyrics -- with the success of its past two shows: "Miss Trot" and "Mr. Trot."

Originating during Korea's Japanese colonial era and influenced by music from various regions, trot has largely remained a fringe genre, geared toward more senior and adult audiences. But the genre has seen an expansion throughout various media on the back of the huge success of TV Chosun's audition series.

KBS TV is currently in the works to launch its own audition show, "National Trot Festival," together with Pocketdol Studio, the management agency of Song Ga-in, who became a household name after finishing first in "Miss Trot." Dates for the program have yet been announced. 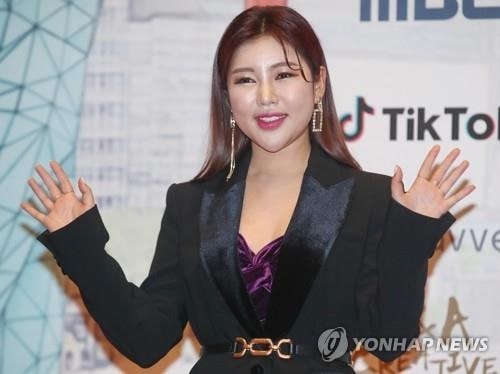 Its concept centers around the discovery of amateur trot star hopefuls in different regions and pairing them with seasoned producers to compete for debut opportunities. KBS had another successful trot music-based six-week program, "I Like Trot," which led to the emergence of another young star, Jo Myeong-seop.

MBC TV has also announced a similar program to be aired during the second half of 2020, tentatively named "People of Trot."

The show is set to revolve around discoveries of amateur trot stars in different regions. MBC previously jumped on the trot craze with Yoo Jae-suk, star of the network's marquee variety show "Hang Out with Yoo," releasing a successful trot EP as a project on the program.

MBN is also in the works to launch its own program, "Voice Trot," in July. Unlike other shows focused on amateur participants, "Voice Trot" pits established singers, actors, YouTubers and even politicians against each other in a survival competition format.

"Viewers will experience top stars that will surely create buzz, as well as blast-from-the-past celebrities," the company said. MBN also isn't new to the trot craze, having aired "Voice Queen" with an established cast, such as Tae Jin-ah and Kim Hye-yeon, as part of the show's mentoring panel.

The recent new wave of trot artists, including Lim Young-woong, Yeongtak, Lee Chan-won and Kim Ho-joong, has proved successful in terms of driving up TV ratings.

The race among stations to book and cast trot musicians has intensified to the point where SBS TV and TV Chosun publicly sparred over competing shows sharing the same guests.

"It's been a long industry practice to refrain from 'double appearances' in competing shows as to avoid creating confusion among the stars and viewers," SBS TV blasted TV Chosun in a recent statement.

TV Chosun refuted SBS TV, explaining that the appearance of the stars in question -- Joo Hyoun-mi, Jang Yoon-jeon, Ki Yeon-ja and Sul Woon-do -- on "Bbongsoongah School" was a one-off event and that the concept of its show differed from the one on SBS TV competing in the same time slot.

Entertainment shows featuring trot musicians are expected to remain in demand, as the genre's popularity and industry profile appears to be expanding, both on the digital streaming charts and throughout popular culture in general.

Some industry watchers, however, expressed concerns that too much focus on trot-related programs could cause the bubble to burst.

"Following whatever is popular at the moment is a chronic problem of our television industry. It will be hard for networks, engaged in constant ratings wars, to pass up on the trot hype," said cultural critic Ha Jae-keun.

"Broadcasters should be wary of viewer fatigue. The trend could end up short-lived if the hype becomes too excessive."