SEOUL, May 22 (Yonhap) -- South Korean molecular diagnostics firm Biocore Co. said Friday it has received approval from the U.S. Food and Drug Administration (FDA) for emergency use of its coronavirus test kit.

Biocore said it has become the seventh South Korean COVID-19 test kit manufacturer that has garnered emergency use authorization (EUA) from the U.S. agency.

Biocore had earlier obtained approval for emergency use and exports of its test kit from South Korea's Ministry of Food and Drug Safety. Only two other domestic firms -- Seegene and SD Biosensor -- have won approval for both purposes from the ministry.

The ministry, meanwhile, said South Korean firms had exported COVID-19 test kits capable of conducting 56 million tests to 110 countries as of Wednesday. So far, 73 locally made test kits have been approved for exports. 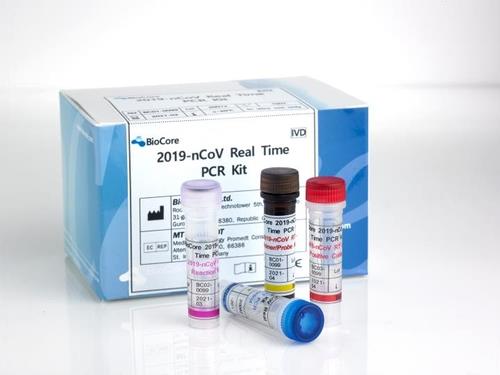