SEOUL, May 22 (Yonhap) -- South Korean stocks closed lower Friday, ending a winning streak of five consecutive sessions on an escalating dispute between the United States and China that may further undermine the country's exports. The Korean won fell against the U.S. dollar. 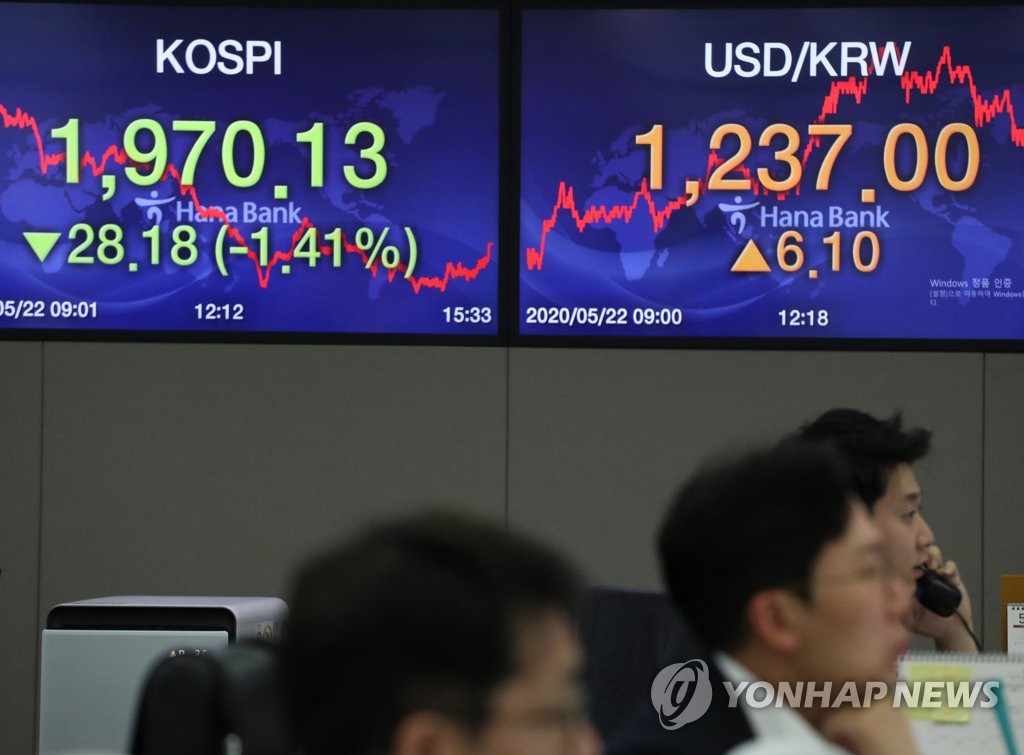 South Korean stocks had closed higher for five consecutive sessions, joining other global stock markets in a rally sparked by hopes of a quick economic recovery and the development of COVID-19 vaccines.

The New York stock market finished lower Thursday after U.S. President Donald Trump renewed his attack against China, saying a "wacko" in China was blaming everybody other than China for the deaths of hundreds of thousands of people.

"Trump seems to be poised to continue tackling China as part of his strategy for reelection, and this will be an issue that pulls down stock prices," KB Securities analyst Lee Eun-taek said.

The analyst, however, noted the renewed dispute between the world's two largest economies may not lead to a full-blown conflict as Trump also needs to boost the economy for his reelection, apparently implying such efforts would require improved ties with China.

The local currency closed at 1,237.0 won per dollar, down 6.10 won from the previous session's close.

Bond prices, which move inversely to yields, closed higher. The yield on three-year Treasurys lost 1.9 basis points to 0.837 percent, and the return on the benchmark five-year government bond slipped 1.5 basis points to 1.082 percent.