SEOUL, May 29 (Yonhap) -- South Korea and the United States are in talks to work out differences over how to program their summertime joint military exercises after major springtime drills were called off over coronavirus concerns, sources said Friday.

The allies usually carry out major combined exercises twice a year to guarantee and further enhance their joint readiness posture. But they indefinitely postponed the planned springtime exercise due to COVID-19, and it has not been held to date as the health crisis continues.

According to the government sources, discussions are under way about a key combined exercise around August.

The South Korean military has stressed that the upcoming exercise should focus on the assessment of Seoul's capabilities to retake wartime operational control (OPCON) of its troops from Washington, just as they agreed earlier.

But the U.S. military maintains it should be meant to boost their joint posture as a replacement of the springtime training, rather than preparations for the OPCON transfer, according to the sources. 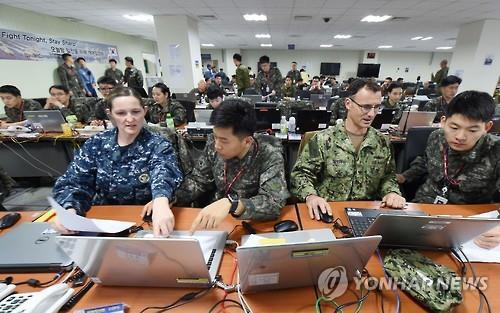 Seoul and Washington have been working for the conditions-based OPCON transfer. No specific deadline has been set, though many see the two sides eyeing 2022, or thereabouts, as the target date.

In order to verify whether Seoul is on course to meet the conditions for the transition, the two sides carried out an initial operational capability (IOC) test in August last year, and their defense ministers decided to move on to the next step of carrying out the Full Operational Capability (FOC) test.

Should the FOC verification be delayed, the OPCON transfer could miss the timeframe, according to the sources.

Earlier this month, the allies clinched a deal to ensure that the FOC test should be conducted within the second half of this year, though it is not known how much binding power the deal has.

Gen. Robert Abrams, commander of the Combined Forces Command and the U.S. Forces Korea, has stressed that the envisioned transfer is not based on time but on conditions.

South Korea handed over operational control of its troops to the U.S.-led U.N. command during the 1950-53 Korean War. It retook peacetime OPCON in 1994, but wartime OPCON remains in the hands of the U.S.

The conditions required to be created before the OPCON transfer are South Korea's capabilities to lead the allies' combined defense mechanism, its capacity for initial responses to the North's nuclear and missile threats, and a stable security environment on the peninsula and in the region. 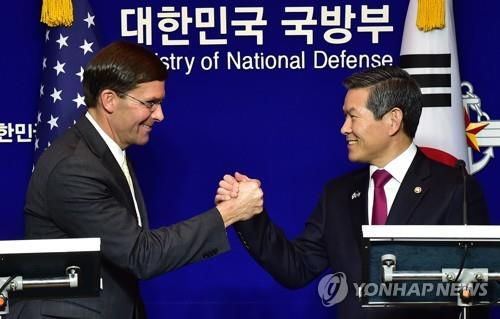