SEOUL, May 29 (Yonhap) -- South Korea's government will carry out across-the-board inspections of logistics centers and toughen guidelines on limiting the number of students taking in-person classes at schools in the Seoul metropolitan area, officials said Friday, amid growing alarm over the new coronavirus in the greater Seoul area.

In a precautionary move to stem community transmission, the education ministry said it plans to limit the number of students at schools in the capital area.

Elementary and middle schools will be required to cap the number of students at one-third of the total student body and high schools at two-thirds, Vice Education Minister Park Baeg-beom said in a press briefing.

The plan to limit students at in-person classes will also only apply to schools in the capital area, he added.

The announcement came as health authorities reported 58 new cases after logging a near two-month high of 79 cases on the previous day,

All 58 cases were identified in the capital area. By location, 20 cases were each reported in Seoul and Gyeonggi Province, followed by 18 infections in Incheon, according to the Korea Centers for Disease Control and Prevention.

"We plan to discuss measures for logistics centers run by online retailers and inspect them," he said during an interagency meeting.

"In addition to logistics centers, there are some workplaces where a lot of people work in closed spaces ... (I urge) health authorities and local governments to find these facilities one by one and inspect their quarantine circumstances," he added. 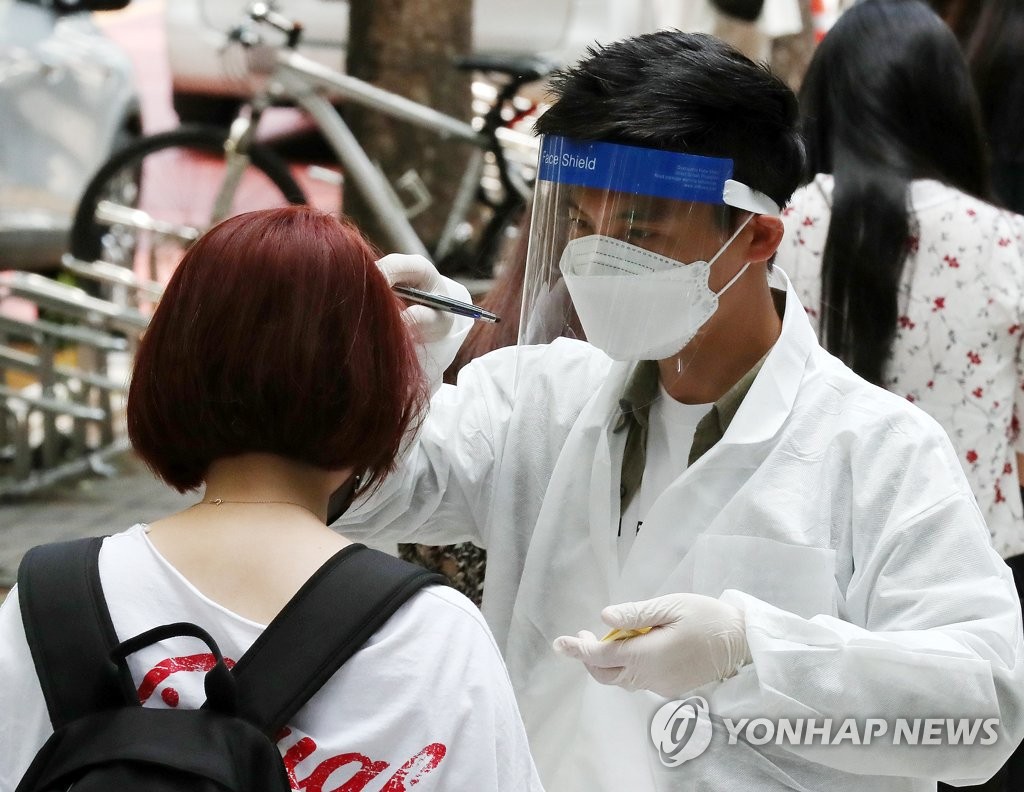 Chung's remarks follow a spike in new infections in Seoul and its surrounding areas traced to logistics centers ran by e-commerce operators Coupang and Market Kurly.

Infections linked to Coupang have reached 96, mostly among people who work at the company's logistics center in Bucheon, just west of Seoul.

"The (government's) everyday quarantine scheme has faced a critical challenge. Carelessness is threatening the safety of people in the capital area," Chung said. On Thursday, the government tightened quarantine measures in the capital area over the next two weeks as part of efforts to fend off additional infections in the densely-populated area where half of the country's population lives.