SEOUL, June 19 (Yonhap) -- SM Entertainment, one of South Korea's oldest and most influential K-pop entertainment companies, on Friday expressed support for the Black Lives Matter movement in the United States.

"We stand with our Black collaborators, friends and fans and all who are speaking out to insist that Black Lives Matter," SM said in an English-language statement shared on its @SMTOWNGLOBAL Twitter account.

The K-pop powerhouse behind such top-billed acts as EXO, NCT 127, TVXQ, SHINee and Girls' Generation added, "We want to bring further awareness to the Black Lives Matter movement and support this vital conversation."

The South Korean entertainment company noted that it was "new to this conversation" but said that the current moment amounts to "a key commitment that we will continue to support."

The statement follows a similar one made by Big Hit Entertainment, the company behind K-pop titans BTS, earlier this month.

BTS and Big Hit collectively donated US$1 million to the Black Lives Matter movement, while global fans of BTS raised a matching fund of $1 million.

Following the news of the public support by BTS and Big Hit, U.S. fans of SM artists organized a social movement, called #SMBLACKOUT, to call on the company to speak out on the movement.

"They are the leading Korean entertainment company and pride themselves on their global reach and they were one of the first to contract Black music producers and song writers who gave them most of their biggest hit records," Twitter user @DavonnaDarling, an African American fan of SM based in Atlanta, and an organizer of the #SMBLACKOUT movement, said.

She added, "As consumers who spend our hard earned money on SM acts, from buying multiple albums, streaming music and videos non-stop and buying tickets to multiple tour stops, we wanted to say something and try to be heard for once." 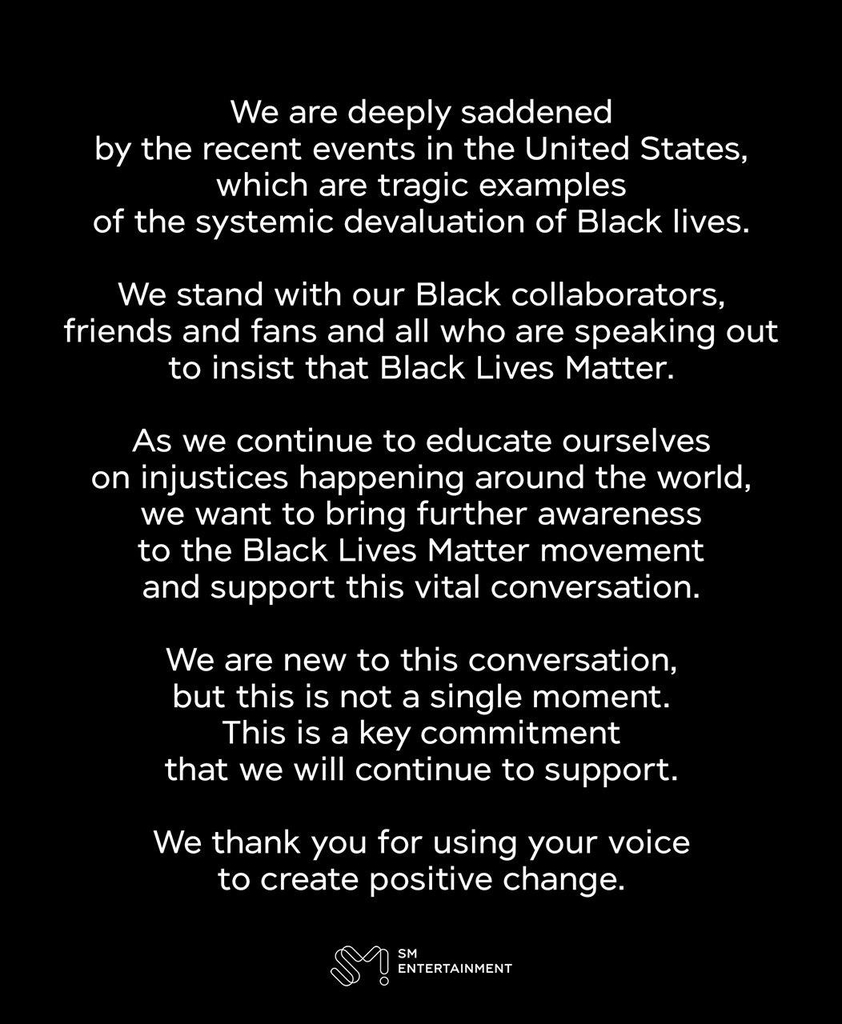