On Monday, Foreign Minister Kang Kyung-wha sent a letter to UNESCO Director-General Audrey Azoulay to make the request, as Japan failed to deliver on its promise to ensure that a newly opened information center on 23 Meiji-era sites offer explanations on the forced labor issue.

"In the letter, the minister asked the agency to consider the possibility of canceling the World Heritage designation and called for its active support and cooperation to ensure that a resolution can be adopted to urge Japan to faithfully implement its pledge," Kim In-chul, the spokesman for the ministry, told a regular press briefing. 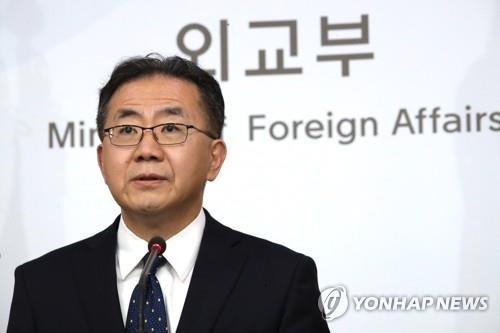 Kim added that the government will explore "all possible measures" to urge Japan to fulfill its pledge to commemorate the victims who were forced to work at some of the industrial sites in the 1940s.

On June 15, Japan opened to the public the information center on the sites registered in 2015 on the World Heritage list, including the notorious Hashima Island, also known as Battleship Island, and six others where many Koreans were forced into labor during Japan's 1910-45 colonial rule.

Upon the heritage designation, Tokyo pledged to establish the center to remember the victims, recognizing "Koreans and others who were brought against their will and forced to work under harsh conditions."

But Japan did not install any exhibitions at the Industrial Heritage Information Center that showcase the suffering of Korean forced labor victims or properly remember them.

The latest flare-up of tensions over the industrial sites came amid a protracted spat between the two countries over trade and wartime history.