SEOUL, June 24 (Yonhap) -- Lotte Group Chairman Shin Dong-bin was appointed president and CEO of Japan-based Lotte Holdings Co., the company said Wednesday, in a move that further cements his grip on the group's numerous subsidiaries in South Korea and Japan.

The decision was approved at a shareholders' meeting in Tokyo earlier in the day, though Shin did not attend the meeting.

Shin has been serving as Lotte Holdings chairman since April.

Lotte Group said that late group founder Shin Kyuk-ho named his son, Dong-bin, as his official successor, in his will. The will was written in March 2000 and was recently found. 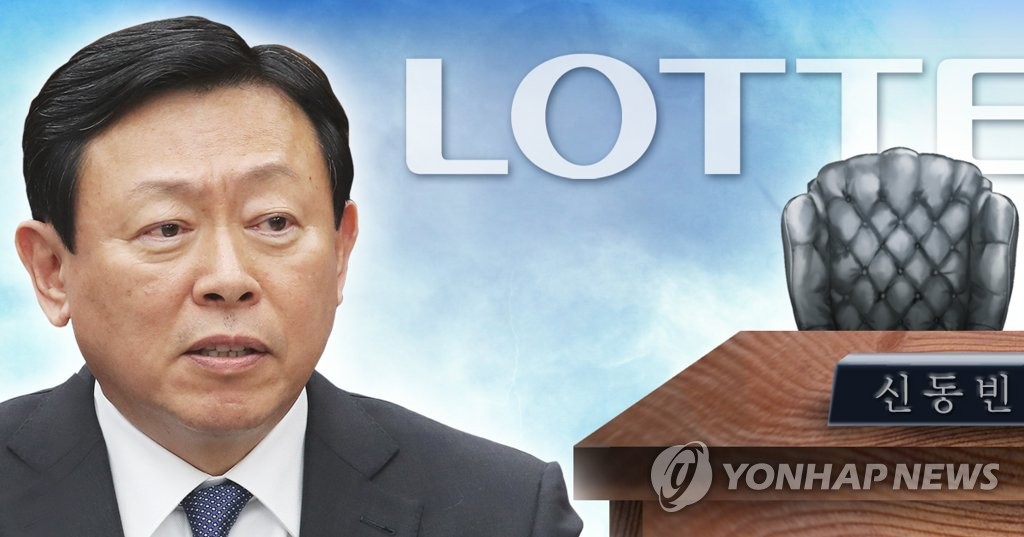 The retail giant has been embroiled in a high-profile family feud in recent years over a group leadership battle between his sons -- Dong-joo and Dong-bin -- as the two had controlled the company's operations in Japan and South Korea, respectively.

"I feel heavier responsibility," the Lotte chairman said, citing details about the will. "I will make efforts for the group's development and the future of Lotte employees in accordance with the founder's wish."

Shin Kyuk-ho died of a chronic illness at age 99 in January.

In October 2019, South Korea's top court upheld a lower court ruling that gave a suspended jail sentence to the Lotte chief in a massive graft scandal that rocked the country and led to the ouster of former President Park Geun-hye.

Shin Dong-joo unsuccessfully attempted to have shareholders vote on his brother's dismissal and his return to the board in 2015-2018.