Tongil Voice, a propaganda radio station, criticized South Korea for depending on the "working group" meetings it has held with the U.S. to coordinate North Korea policy, saying that Seoul continues to make a "foolish attempt to gain something" from Washington at a time when inter-Korean relations are on the verge of falling apart.

"Hamstrung by the working group meetings with the U.S., South Korean authorities have implemented none of them agreed upon in North-South declarations and have had to serve as a puppet that just justifies the U.S.'s sanctions and pressure scheme against our republic and follow its lead," it said.

"If the South Korean authorities continue to follow the U.S. in such a subservient manner, the only thing they will be faced with would be bigger condemnations and curses of all Korean people," it added.

North Korea has slammed South Korea for failing to make active efforts to advance inter-Korean relations and being wary of violating U.S.-led global sanctions against its regime. In particular, the North has recently cited the working group meetings South Korea and the U.S. launched in 2018 to coordinate North Korea policy as a major obstacle to cross-border relations.

North Korea had raised cross-border tensions in recent weeks by issuing bellicose rhetoric and threats in anger over anti-Pyongyang leaflets flown from the South. It earlier cut all cross-border communication lines and even blew up an inter-Korean liaison office that was created in its border town of Kaesong as a result of a 2018 summit between the two Koreas.

Pyongyang had said it would redeploy troops to border areas disarmed under inter-Korean agreements for joint business projects and threatened to resume "all kinds of regular military exercises" near the border.

Despite the North's resumption of criticism of the South, observers see it as relatively toned-down since the accusation was issued through a propaganda outlet, not through official media outlets, such as the Rodong Sinmun and the Korean Central News Agency. 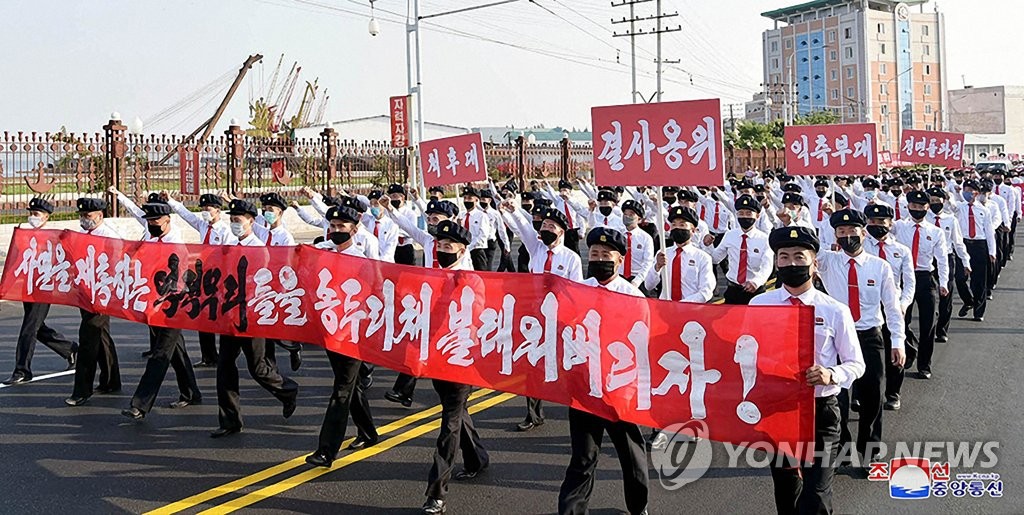