SEOUL, July 5 (Yonhap) -- South Korea's daily new virus cases stayed above 60 for the third consecutive day Sunday as infections outside the Seoul metropolitan area continued to swell, including in the southwestern city of Gwangju.

The country added 61 cases, including 43 local infections, raising the total caseload to 13,091, according to the Korea Centers for Disease Control and Prevention (KCDC).

South Korea added 63 new cases on both Friday and Saturday.

It marked the first time since April for the country to post more than 60 new COVID-19 patients for three consecutive days.

Of the locally transmitted infections, 15 cases were newly identified in Gwangju, 330 kilometers southwest of Seoul. The city has seen coronavirus cases rise sharply due mainly to cluster infections linked to a Buddhist temple and a church.

As of Saturday, a total of 61 cases have been tied to Gwangneuk Temple, while infections linked to the Ilgok JungAng Church have been on the rise. Among the church-linked cases is the city's first elementary school student infection.

The government of South Jeolla Province, which surrounds Gwangju, said it will raise the region's anti-virus alert level to the "social distancing level 2" from the current "distancing in daily life" Monday.

The upgrade calls for tougher virus preventive measures, including banning gatherings of 50 or more people indoors or 100 or more people outdoors, and making it mandatory to wear masks when using public transportation.

South Korea, which relaxed nationwide strict social distancing in early May on the back of a flattened virus curve, decided last month to indefinitely apply toughened infection preventive measures in the greater Seoul area due to a continued rise in cluster infections. 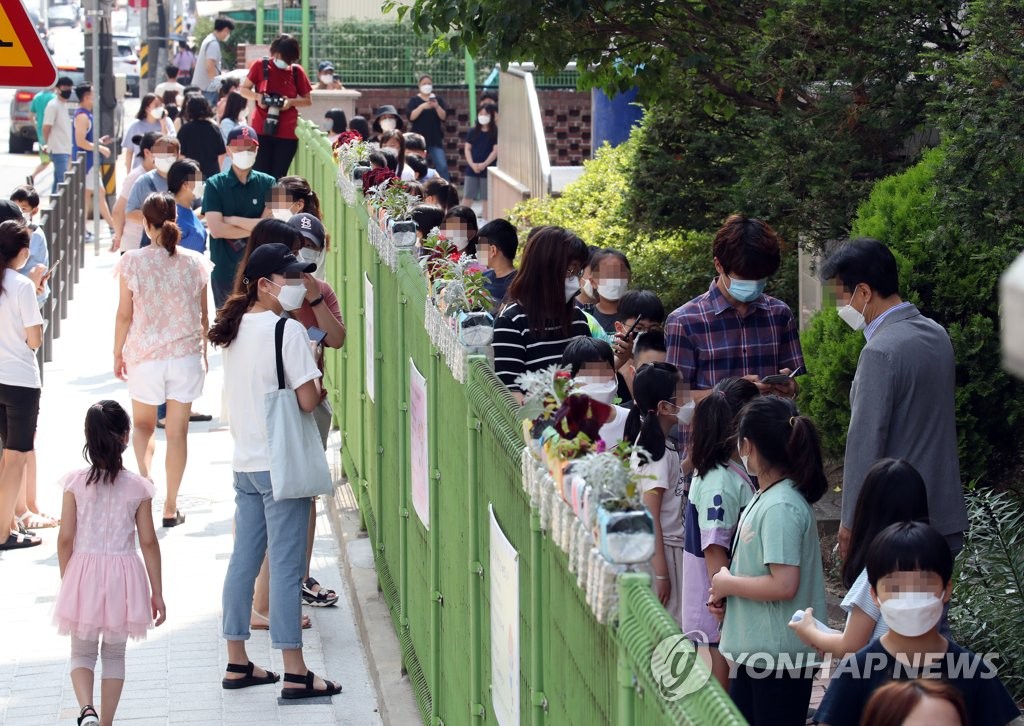 Cases linked to an apartment building in Uijeongbu, north of Seoul, reached 25 on Saturday, up four from a day earlier.

Last week, two elementary students in Daejeon tested positive after coming in contact with a peer, which could be the first case of the virus being transmitted at a school in South Korea.

Daegu, once the hotbed of the country's virus outbreak, added no new cases. The city, which accounts for more than half of the country's COVID-19 cases, recently suffered another uptick in the number of new patients due to group infections from an acting school.

Health authorities are vigilant as the latest spread of the virus could lead to a new wave of the pandemic. South Korea suffered its worst month in February, when the daily number of new infections even rose above 900 at one point.

The country reported no additional deaths, with the death toll staying at 283. The fatality rate reached 2.16 percent.

The total number of people released from quarantine after full recoveries stood at 11,832, up 21 from the previous day. This indicates some 90 percent of the COVID-19 patients here have been cured. 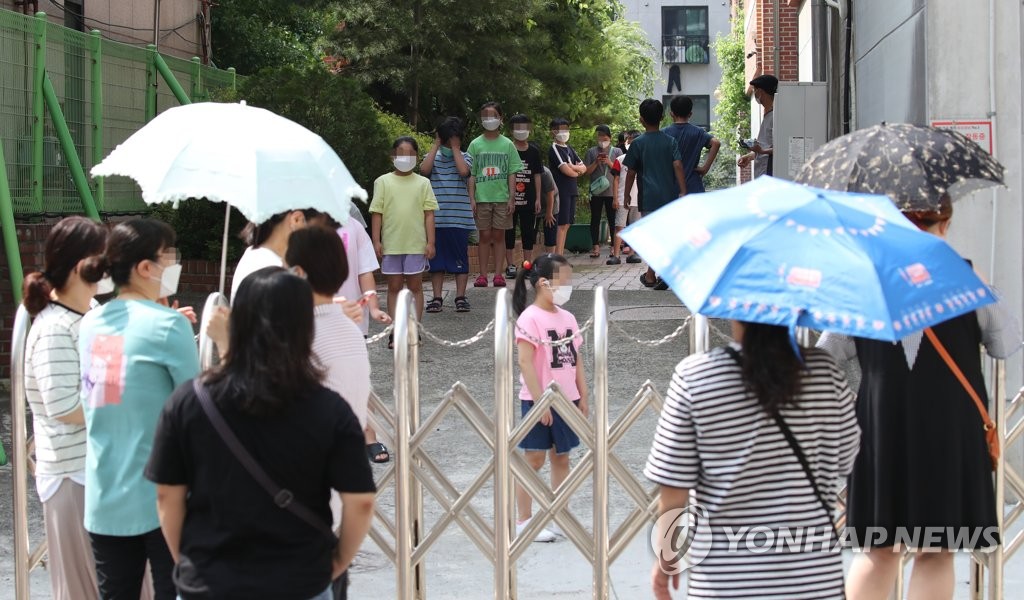