SEJONG, July 6 (Yonhap) -- Finance Minister Hong Nam-ki said Monday he expects South Korea's second-quarter economic contraction to be worse than the first quarter due to the coronavirus pandemic, but the government aims to achieve economic growth in the third quarter.

The nation's economy shrank 1.3 percent in the first quarter as the pandemic hit exports and consumption. The Bank of Korea predicted that the economy would contract 0.2 percent this year.

"I think that the second-quarter growth rate will be more difficult than the first quarter," Hong said in an interview with Yonhap News TV, an affiliate of Yonhap News Agency.

The third extra budget is expected to help the economy rebound to positive territory in the third quarter by promoting consumption and protecting jobs, Hong said.

Hong also pledged that the government will rein in speculative investments for homes, but it will continue to ease tax burdens for first-time home buyers.

The government will draw up measures for some people who are struggling to buy homes in regions that are subject to tougher mortgage rules, Hong said.

"The government will maintain its stance of relaxing the tax burden for people with no home or one home," Hong said. 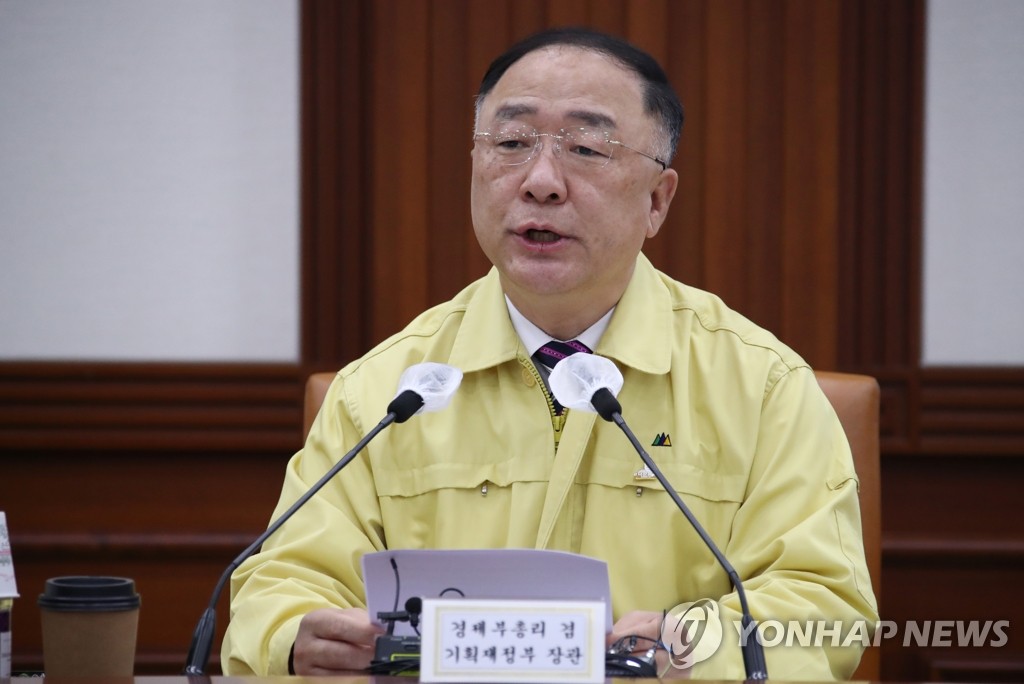 Last month, the government announced its toughest measures yet to stem rising housing prices in Seoul and its surrounding areas.

Stricter lending rules will be applied to curb excessive demand for home-backed loans amid cheap borrowing costs, and almost half of the Seoul metropolitan area will be put under tightened rules.

The government designated Gyeonggi Province that surrounds the capital; Incheon, west of Seoul; and the central cities of Daejeon and Cheongju as areas subject to close monitoring or "overheated speculative" zones.

Under the measures, people who take out mortgage loans to buy houses in regulated areas are required to move into homes within six months of receiving the loans.