SEOUL, July 9 (Yonhap) -- For Koh Koung-hee, it all began when a local newspaper carrying an ad for a beginner's sign language class flew towards her on a windy day in 1997.

From there, it has been a journey of learning a new language, forming close relationships with deaf friends and changing jobs to become a full-time interpreter.

More than 20 years later, the former nutritionist now stands alongside health authorities as she provides simultaneous sign-language interpretation of government briefings on the new coronavirus.

Koh is one of six sign language interpreters that bring the latest COVID-19 updates to deaf and hard of hearing people in South Korea. 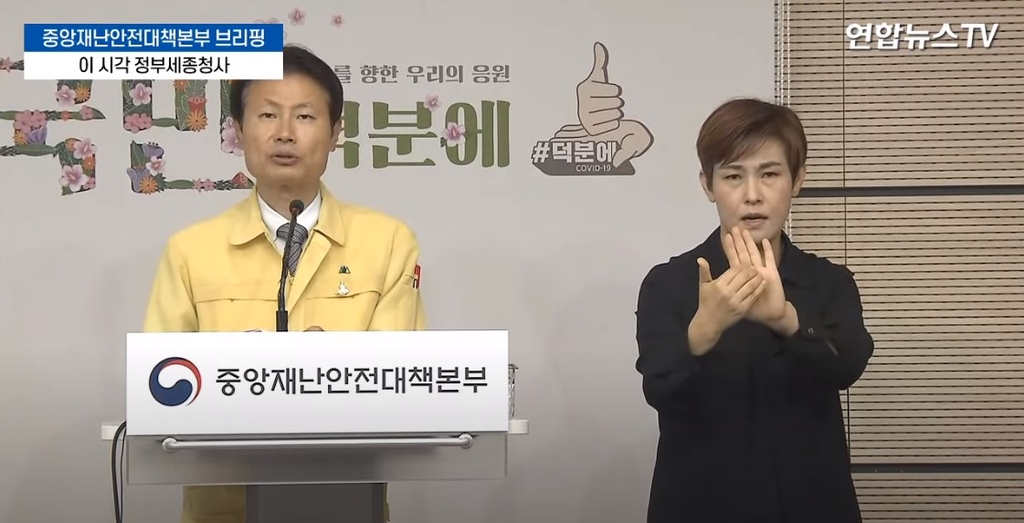 Always clad in black on screen, to make their hands more easily noticeable, the interpreters commute to the administrative city of Sejong two to three times a week.

But it's practically an around-the-clock job, Koh said.

Even on their off days, they are busy scouring the latest news on the infectious virus and studying about the disease that has infected 13,244 here. The country reported its first case on Jan. 20.

"It's one of the toughest interpreting jobs I've ever done," Koh, wearing an olive-colored shirt, said in a recent interview with Yonhap News Agency on one of her off days.

"It's live, there's a lot of administrative and medical jargon, it's a disaster situation and the screen showing us is big ... I'm in a constant state of ultimate alert."

Koh and her teammates work in teams of two, switching roles every 20 minutes.

Twenty minutes may be enough time to prepare for the briefings -- the interpreters usually get their scripts just 10 minutes before going live -- but things are different when you are interpreting into sign language.

"Our daily interpreting time adds up to around 40 minutes on a usual day, but I am knocked out at the end of a day," she said, "Even when we are not on screen, we are always on stand-by for our partners and studying about the virus until the last second."

The fact that sign language requires speakers to use both hands and "non-manual signals" -- facial expressions, the moving of their mouths, heads and shoulders -- make interpreting a more physically daunting task.

Still, the interpreters are thrilled that the pandemic has brought about changes in Korean sign language.

Sign language sporadically appeared on TV in the 1980s but it was only after 2008, when legislation prohibiting discrimination against persons with disabilities went into effect, that sign language interpreters became more common.

But in real life, change has been slow, Koh said.

The deaf community and civic groups have filed complaints against what they describe as discrimination and in May, the national human rights commission advised the minimum quota be raised, calling for terrestrial broadcasters to provide interpreters for prime time news programs.

"In the past, cameramen would gesture at us to move further away from the speaker (so that we could be cropped out)," she said. 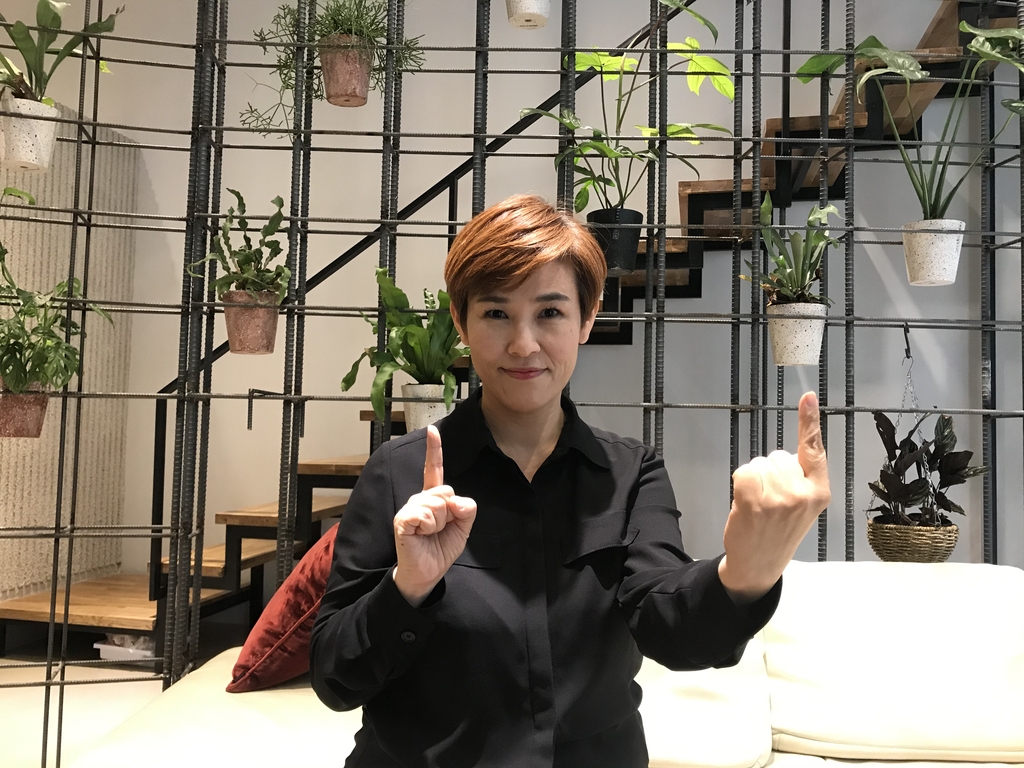 The new coronavirus, however, has changed this.

"Now they are telling us to actually move closer. Viewers also say they are happy to see us on bigger screens so that they don't have to only focus on the small corner on the screen," the interpreter said with a beaming smile.

"It seems that our existence has become something that feels awkward when we are not there. This is something we're extremely proud of." The veteran interpreter, however, voiced caution over the sudden spotlight on sign language interpreters.

"I'm not a celebrity, I'm just a person who is communicating information in sign language for my clients. It's not like charity," she said.

The attention should instead go to the people who are watching the briefings, outside of the screen, Koh stressed.

"There are people out there who couldn't get much information about the new coronavirus and it just hit them. That's where the attention should go -- not to the interpreters you see on screen."

Following the interview, Koh sent a text of a phrase citing sign language experts Lynn Hou and Octavian Robinson carried in the U.S. magazine Anthropology News, which she fully embraces.

"Sign language interpreters have become social media celebrities of our coronavirus moment. But signing is not a form of light entertainment; it should be lifesaving information."