The country added 50 cases, including 28 local infections, raising the total caseload to 13,293, according to the Korea Centers for Disease Control and Prevention (KCDC).

South Korea had reported more than 60 new virus cases for three consecutive days through Sunday, before falling below 50 on Monday and Tuesday. The new daily cases rebounded to 63 a day earlier on a sharp rise in infections coming in from overseas. 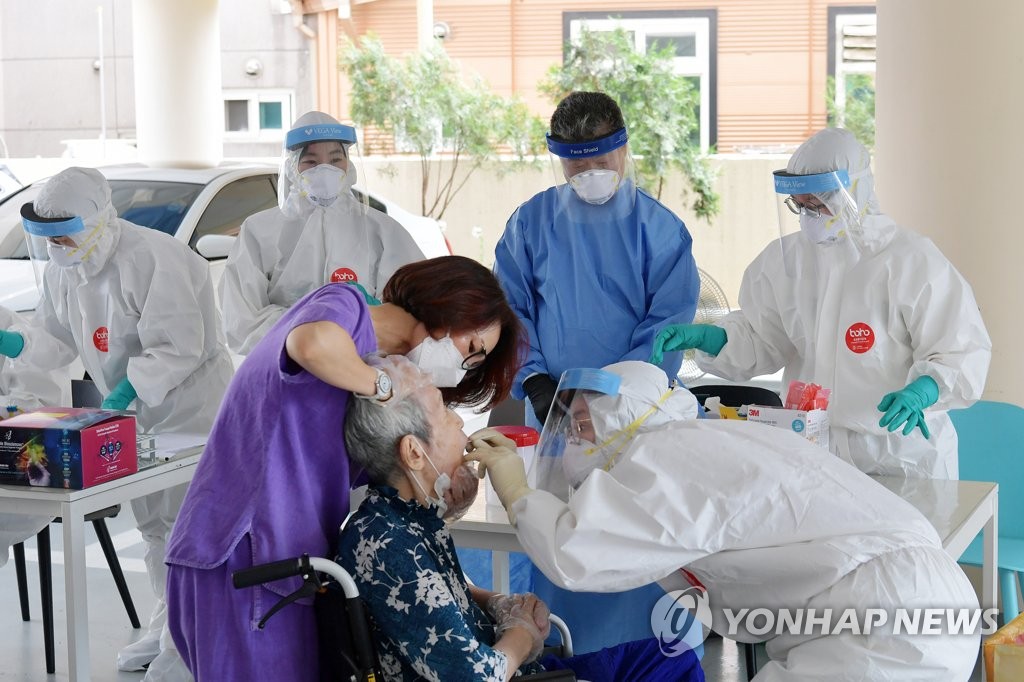 Sporadic cluster infections across the nation also continued to rise.

Of the new local infections, 15 cases were reported in the southwestern city of Gwangju, which has emerged as a new hotbed of the virus outbreak.

With religious gatherings-tied cases on a steady rise, South Korea plans to ban churches nationwide from organizing gatherings other than regular worship services, effective from Friday.

A QR code-based registration scheme will be implemented for churches as well.

South Korea relaxed strict social distancing on May 6 on the flattened virus curve, when the country reported single-digit daily figures, but was soon spooked by cluster infections in the greater Seoul area.

The country later decided to re-adopt enhanced social-distancing indefinitely in the metropolitan region, where around half of the nation's population lives. With cases soaring elsewhere as well, South Jeolla Province also raised its anti-virus alert level.

The country reported two more deaths, raising the death toll to 287. The fatality rate was 2.16 percent.

The total number of people released from quarantine after full recoveries stood at 12,019, up 49 from the previous day.