SEOUL, July 16 (Yonhap) -- As widely expected, the Bank of Korea (BOK) kept the policy rate frozen at 0.5 percent Thursday to gauge the impact of previous rate cuts, but warned that Asia's fourth-largest economy would contract at a sharper-than-expected clip amid the prolonged pandemic-caused slump.

The BOK decision to stand pat follows two rate reductions. The central bank sent the policy rate to the record low level on May 28, about two months after it delivered its first emergency rate reduction in over a decade, slashing the key rate by half a percentage point to 0.75 percent.

In a survey conducted by Yonhap Infomax, the financial news arm of Yonhap News Agency, all 17 analysts and experts polled anticipated a rate freeze this month and for the rest of the year.

The BOK noted the local economy will likely shrink at a faster rate than earlier forecast in May. In the first three months of the year, the economy contracted 1.3 percent from three months earlier, marking the sharpest on-quarter decline since the fourth quarter of 2008.

"Looking forward, facilities and construction investment are expected to grow at a moderate pace; however, the pace of recovery in consumption and exports will be slower than previously forecast. Accordingly, GDP growth this year is likely to be lower than the May forecast of -0.2 percent," it said in its released statement.

"Our economic growth may further shrink due to a delay in the recovery of exports that is closely linked to global economic conditions," he told a press briefing.

The BOK earlier said the local economy may contract by 1.8 percent on-year in 2020 under the worst possible scenario where the world would see a second spike in COVID-19 cases in the second half.

Lee insisted the world has yet to face the worst case, but said economic conditions have deteriorated further than earlier anticipated.

"Global economic uncertainties have again increased due to the recent resurgence of COVID-19 cases," he told the press briefing.

"In the end, it would be an overstatement to say the path of the global economy depends entirely on the future course of the COVID-19 pandemic," he added.

The country's exports shrank for the fourth consecutive month in June, decreasing 10.9 percent from a year earlier, but the rate of decline slowed sharply from a 23.7 percent on-year plunge in May and 24.5 percent in April.

In the first 10 days of the month, outbound shipments slipped only 1.7 percent on-year, according to earlier reports.

But the country's job market has been mired in the face of the coronavirus pandemic, even without the massive economic lockdowns seen in many other countries battling the COVID-19 pandemic.

South Korea lost about 352,000 jobs in June, marking the fourth consecutive monthly decline in the number of employed people as the coronavirus pandemic hammers job markets, government data showed. It was the first time since October 2009 that the nation lost jobs for four consecutive months. 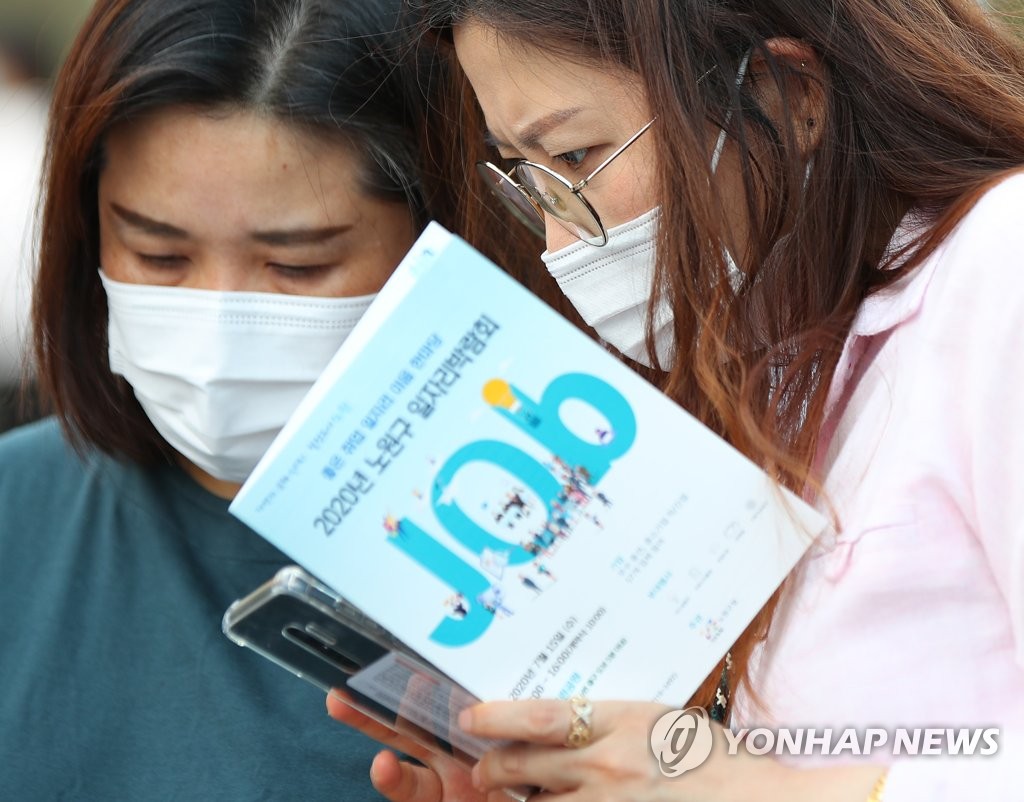 Still, the BOK had widely been anticipated to keep the key rate steady this month as there are budding signs of an economic recovery.

The BOK too noted problems of skyrocketing housing prices, believed to have been partly prompted by record low interest rates.

"The increase in household loans has expanded materially, and housing prices have generally accelerated in all parts of the country," it said.

The central bank is also seen as having little room to take another round of rate reduction.

"Considering that the key rate may already be near the effective lower boundary, the BOK will likely focus on unconventional measures, such as purchasing state bonds, instead of monetary policy steps, such as a rate cut, to support the economy," Kyobo Securities analyst Baek Yoon-min said earlier.

BOK Gov. Lee Ju-yeol insists the policy rate has yet to reach the lower boundary but agrees the two rate reductions this year may have sent it much closer to such a limit.