SEOUL, July 16 (Yonhap) -- In Hongdae, Seoul's popular district for its upbeat nightlife and indie scene, a long line is sometimes formed for hours on end.

A casual observer might imagine a celebrity meet-and-greet event or a line to buy tickets for a rock concert. In fact, they wait for hours to buy nothing else but sneakers. Yes, a pair of limited-edition kicks.

Athletic shoes have been popular for decades and a quirky subculture that admires rare sneakers and streetwear has been there all along.

But in recent years, the sneaker obsession has helped build online trading platforms that enable sneaker fanatics to buy and sell their coveted assets in a transparent manner, like they do with stocks, and have emerged as serious redistribution channels for major footwear players like Nike and Adidas.

The global sneaker reselling market is estimated to become a US$6 billion business by 2025, according to the U.S. investment bank Cowen & Co. 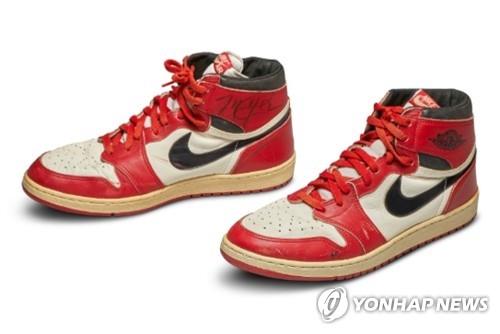 Sneakers are having a moment in South Korea as well, although no official data or serious research is available yet for the local market.

"In the 1990s, there was hardly an internet and the Korean market (for sneakers) was so small. Big players didn't release exclusive shoes in Korea at that time," said Oh Seo-gun, one of the burgeoning group of Korean collectors, during a recent interview with Yonhap News Agency.

But the country has become an attractive enough market now for big brands, which regularly release a wide variety of limited editions and seek partnerships with the country's powerful cultural icons.

In October last year, Nike released a Korea exclusive sneaker in collaboration with G-Dragon, the leader of K-pop boy band BIGBANG and a fashion icon. The G-Dragon Peaceminusone Para-Noise retailed for 219,000 won (US$182), but its price rose tenfold to around 2-3 million won on reselling sites. 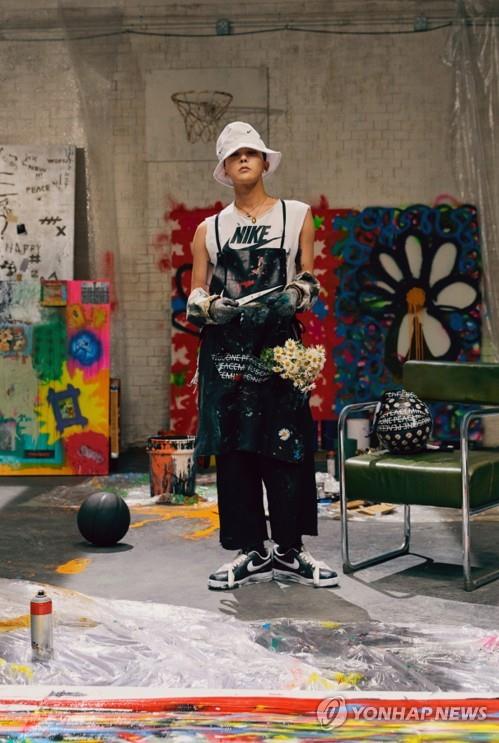 "The Korean market has grown as big as the Japanese market," Oh said, adding that the growth is backed by Korean consumers' stronger purchasing power and a rising demand for exclusive items.

What was unthinkable merely five years ago is happening now, he said, citing the opening of Jordan Seoul, a Nike shop dedicated to the Jordan brand, in southern Seoul in May.

Oh said he was a pretty ordinary boy -- except for an interest in Nike Air Jordans, an interest that was just a bit too much.

In his early teens, he saved his monthly allowance to buy coveted sneakers. For boys who wore school uniforms, shoes were one of a few available items to make a fashion statement.

He started collecting rare items from sellers who imported Nikes from Japan and the United States, and selling them for a marginal profit through limited outlets and word of mouth.

"It was thrilling to know that I could make money by selling shoes, even secondhand ones," he said. "Looking back, I was kind of a born collector. I looked for shoes that nobody wore." 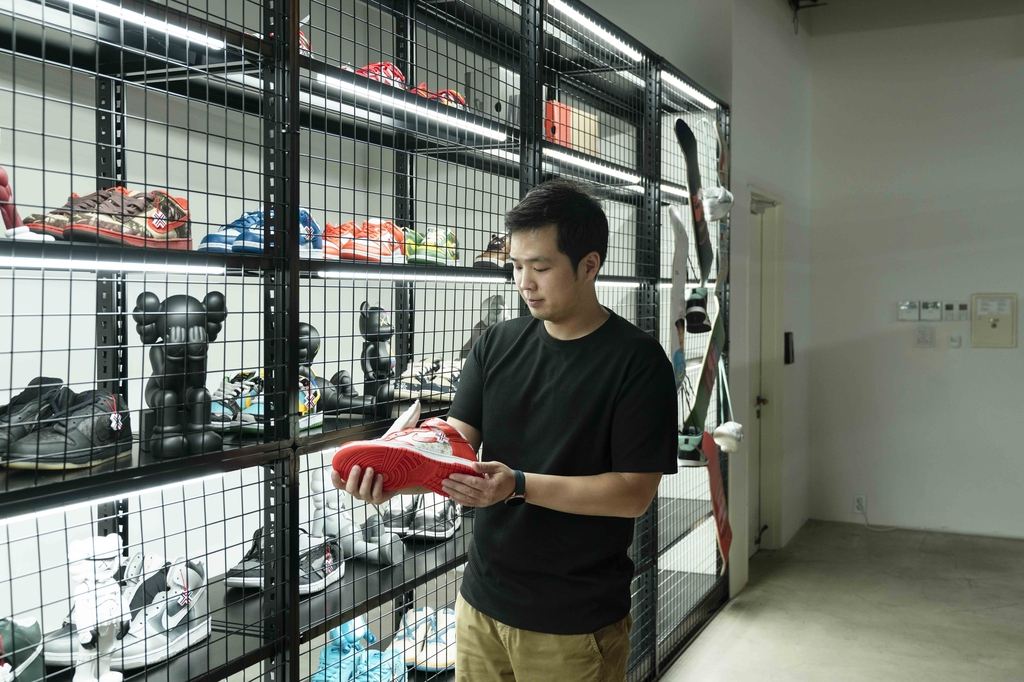 The young sneakerhead became CEO of XXBLUE, a Korean resale platform that specializes in collectible items like rare sneakers, streetwear and art toys.

After months of preparation, the company opened its service in September. It is modeled after StockX, the Detroit-based resale company that positions itself as "a stock market of things."

The U.S. company has collected and analyzed data in the largely unregulated market and successfully created an online platform where users trade sneakers safely and even manage their "sneaker portfolio." In September, the rising startup joined the Unicorn Club, a list of privately held companies valued at more than $1 billion.

"For a lot of people, sneakers are only the legal and accessible investment opportunity, a democratized stock market," as stock trading is only possible after a certain age, said co-founder Josh Luber on why sneaker trading mattered during his popular 2015 TED speech. 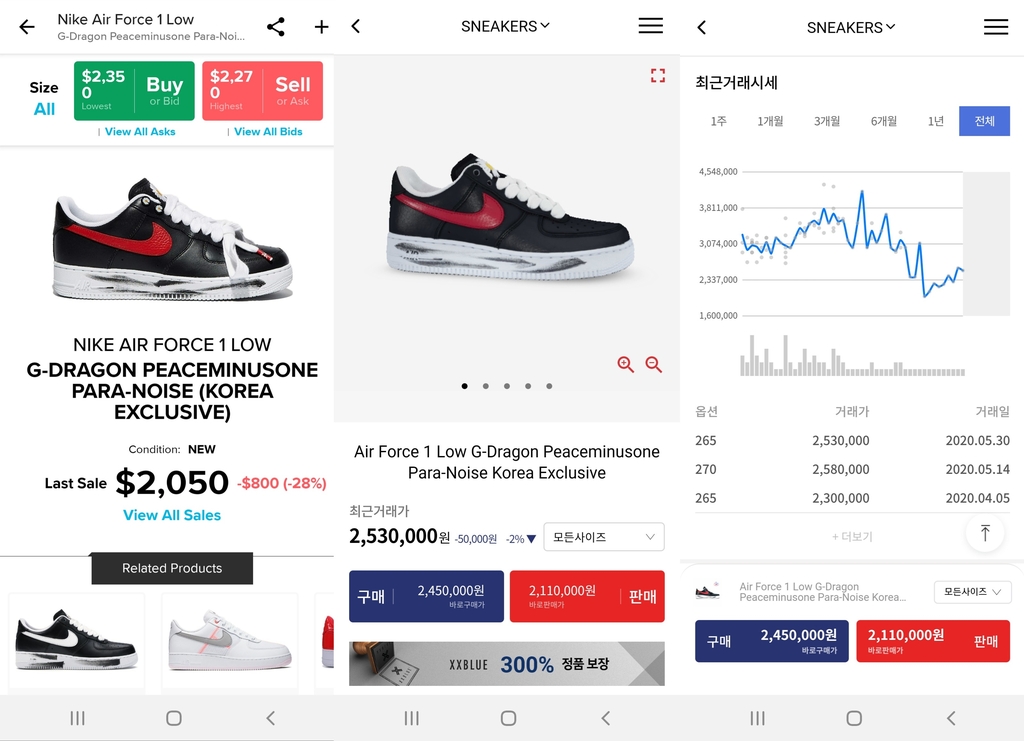 While some people collect exclusive shoes out of pure amazement for their comfort, design, and the cultural and athletic symbols they represent, others seem to be mainly interested for their potential for a high return -- sometimes much heftier than any investment option could offer.

"I earn enough money to cover small expenses (by trading sneakers), so I am not going to stop it," said one user of XXBLUE, who asked not to be named. Having traded some 200 pairs for eight to nine years, his best transaction was a pair of NikeCraft Mars Yard Shoe 2.0 Tom Sachs Space Camps, for which he made a 400 percent return on investment.

"It is more than just 'I like sneakers,'" he said. "I think the market is a bit overheated now but will, at least, maintain its size by continuously attracting newcomers."

To remain competitive in the increasingly crowded market, XXBLUE plans to expand its service category into everything that is collectible. In fact, as a subsidiary of Seoul Auction, the country's biggest auction company, it has already had an edge in the high-end culture.

"I did this for a long time, and the journey feels like putting the puzzle together. Rather than going for personal collections, my goal is now to expand the pie (of the Korean market)," Oh said. The commercial appeal seemed to be reinforced in March when Snow Corp., the developer of the popular camera application SNOW, launched the resale application KREAM. Snow Co. is an affiliated company of Naver, the country's leading IT company.

As a latecomer, the company is enforcing a no-commission policy to expand its user base until the end of this year.

"The policy is not just to attract more users but to let them try our platform," said an official from the company in a recent interview held at the KREAM showroom in Sangsu-dong, near Hongdae.

"We are trying to offer them convenient and efficient trading experiences so that they can become royal to our service, while developing differentiated and high-quality services down the road," he said on the condition of anonymity.

More people share the idea that a high-end shoe is not just an accessory but a major player that dictates the global fashion trend.

"In the past, you choose clothes first and then choose a pair of shoes," he said. "Now it is vice versa. A shoe is now taking a central part." 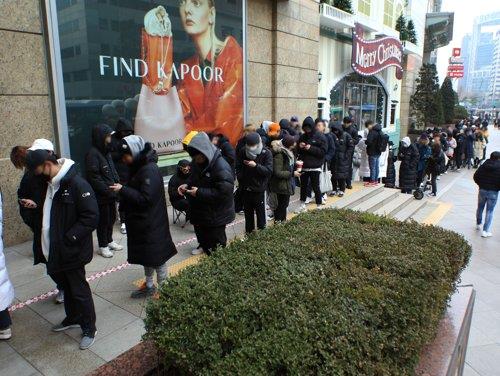