SEOUL, July 20 (Yonhap) -- A few years ago, in pre-pandemic times when baseball fans could camp outside stadiums, a video clip showing Korea Baseball Organization (KBO) players ignoring fans' pleas for post-game autographs went viral. The images of players keeping their heads down as they boarded the team bus, as if they couldn't hear the fans, seemed to be the perfect encapsulation of spoiled, selfish athletes who didn't appreciate their supporters and couldn't even bother to spend a few seconds with them. 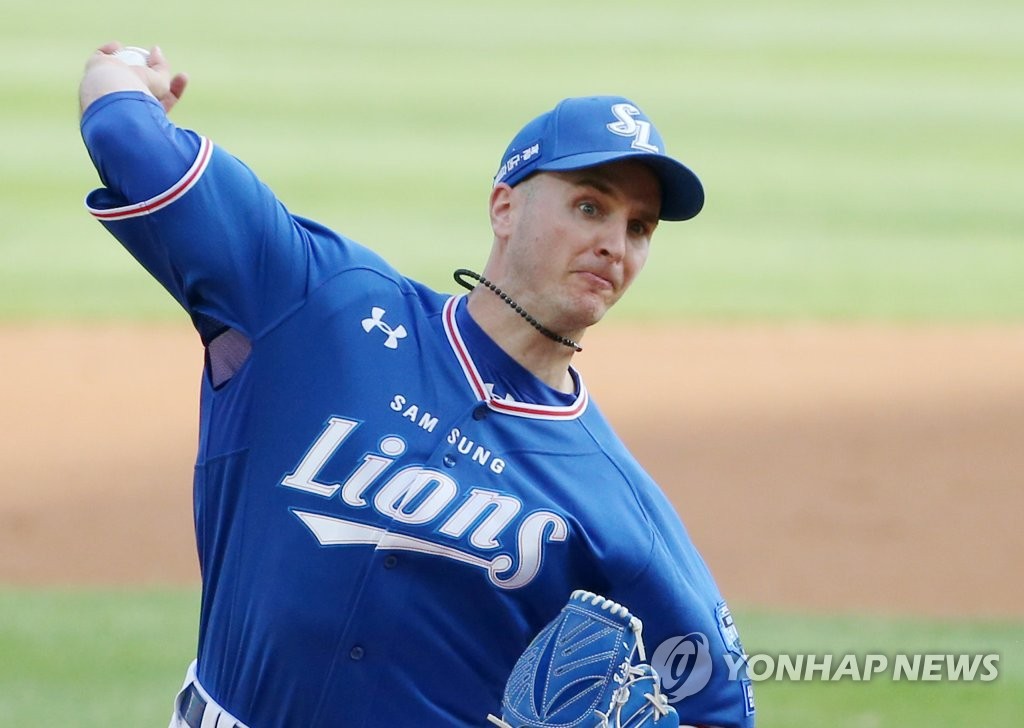 And if David Buchanan, the first-year import pitcher for the Samsung Lions, were ever filmed in such a clip, he would never be caught simply walking past fans. Chances are, he'd probably be signing so many autographs that he may keep his teammates waiting inside the bus.

This is the fourth year in Asia for the 31-year-old American, who spent the past three seasons with the Tokyo Yakult Swallows in Nippon Professional Baseball (NPB). He'd been in his native United States for the first seven seasons of his professional career, including the 2014 and 2015 seasons with the Philadelphia Phillies, but it's the time spent in Asia that has taught Buchanan a valuable life lesson.

He has realized that even a brief moment with his fans can change their lives.

"Playing so far in Korea and definitely a few years in Japan, I learned that there's so much more to myself than just being a baseball player," Buchanan told Yonhap News Agency in a recent interview.

"Interactions that you have with your fans ... what a difference you can have and impact you can have on them just by being polite and shaking hands, taking a couple of pictures, saying hello to kids ... I think that really showed me how much of a difference I can make in the profession that I have," Buchanan continued. "The opportunities and interactions I've had with people have shown me much more about myself, and what kind of person I can be." 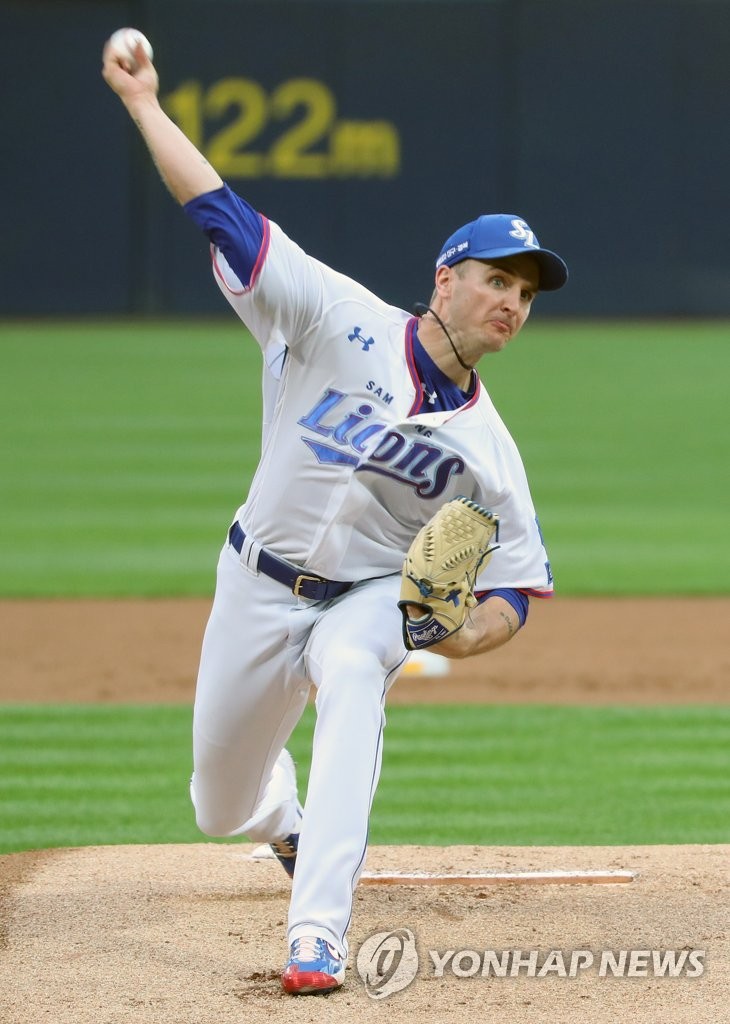 And to be sure, Buchanan isn't just a nice guy off the field. He has been one of the KBO's best starters this year. He's 8-4 with a 3.36 ERA in 13 starts, and he's top 10 in the league in wins, ERA, innings pitched, walks and hits per innings pitched (WHIP), and quality starts.

Buchanan had a roller coaster first month of the season in May. In his second KBO start on May 13, Buchanan tossed seven shutout innings against the Kiwoom Heroes. Six days later, he was roughed up for 10 runs on 10 hits, including three home runs, against the LG Twins.

And in his next start, on May 24, Buchanan blanked the Doosan Bears over seven innings.

He has been far more consistent since, save for the six-inning, eight-run outing on June 25 against the Hanwha Eagles. Since that May 24 start, Buchanan has put up two more scoreless starts and pitched his first complete game in the KBO on July 1 against the SK Wyverns.

He has been one of the KBO's top starters in July, with a 3-1 record and a 1.20 ERA in four starts spanning 30 innings. He's struck out 20 and walked only four.

"I think the biggest keys to my success now are just the fact that I can trust my catcher (Kang Min-ho) when I am on the mound," Buchanan said of the veteran backstop who has started 11 of the right-hander's 13 starts so far.

"We have the same approach to the hitters, so it's easy to work quick. Having confidence in him is very big," Buchanan added. "The same goes for my defense. My defense is always behind me, making amazing plays day in and day out. That's a huge part of pitching; trust your catcher and trust your defense."

When he's not starting, Buchanan returns some of that love he has for his Lions teammates by serving as one of the biggest dugout cheerleaders. And without spectators in KBO stadiums due to the lingering COVID-19 infection concerns, Buchanan has also decided to have a little fun with fans watching games at home. 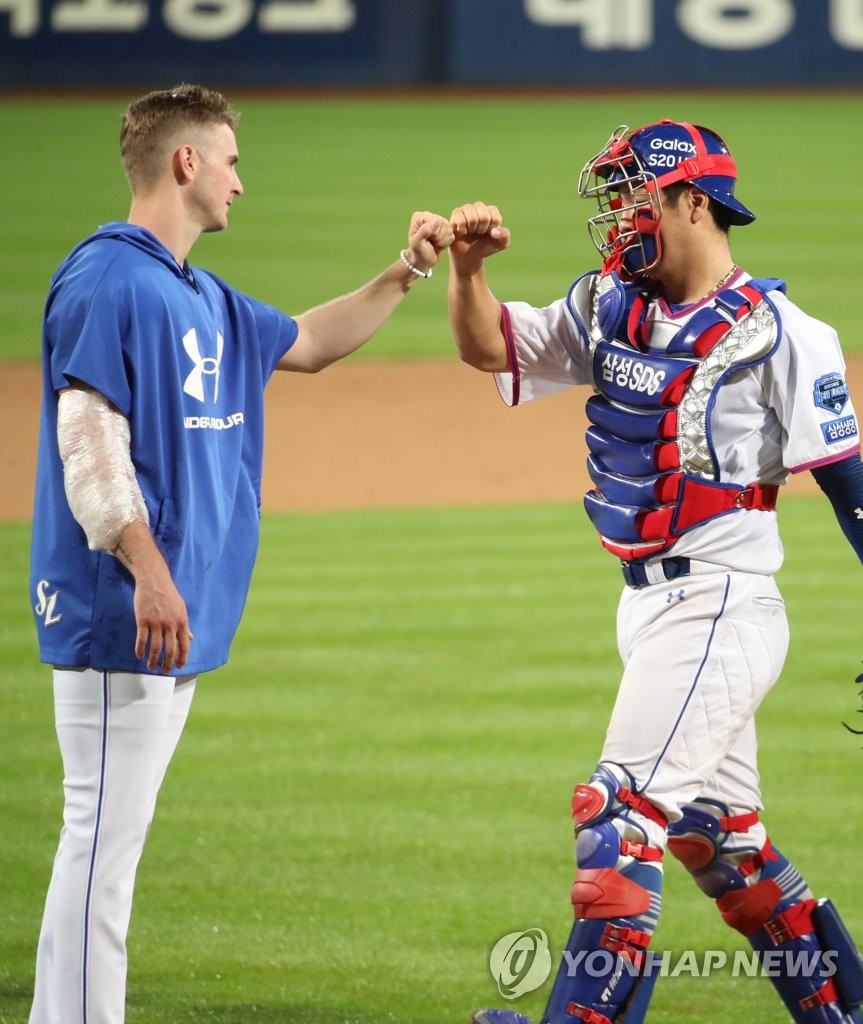 The pitcher has preened in front of the dugout cameras, making faces, dancing and even playing a bit of hide-and-seek by ducking behind teammates, away from the prying lens.

"I'd like to have a good time when not pitching. I definitely still take every game seriously because I know, even when I am not pitching, other guys are playing every day and trying to win the game," Buchanan said. "When the situation presents itself and the timing is right, I'll have a little fun. When the game is going well and everybody is having a good time, I'd like to interact with cameras because I know fans are home and they're not able to be here at the field.

"So (I'm) just giving them something at home to feel more like they're at the stadium and like they're interacting with us as much as they can," Buchanan continued. "I think it's a fun thing for them to have."

As much as Buchanan tries to pitch well for fans on the mound and then entertain them away from the hill, his fans have wholeheartedly embraced Buchanan and his young family.

Buchanan's wife, Ashley, and their son, Bradley, spent an early part of the season in South Korea, but they had to return to the United States earlier this month due to Ashley's complications with her pregnancy.

Buchanan, who fought off tears in a post-game television interview following his complete game performance on the eve of his family's departure, said fans have given his family "kindest messages of love and support" on social media.

"We've been treated so politely," he said. "The fans are outstanding. They've done nothing but welcome me with open arms. I can't wait until we get the chance to see them in person (at stadiums)." 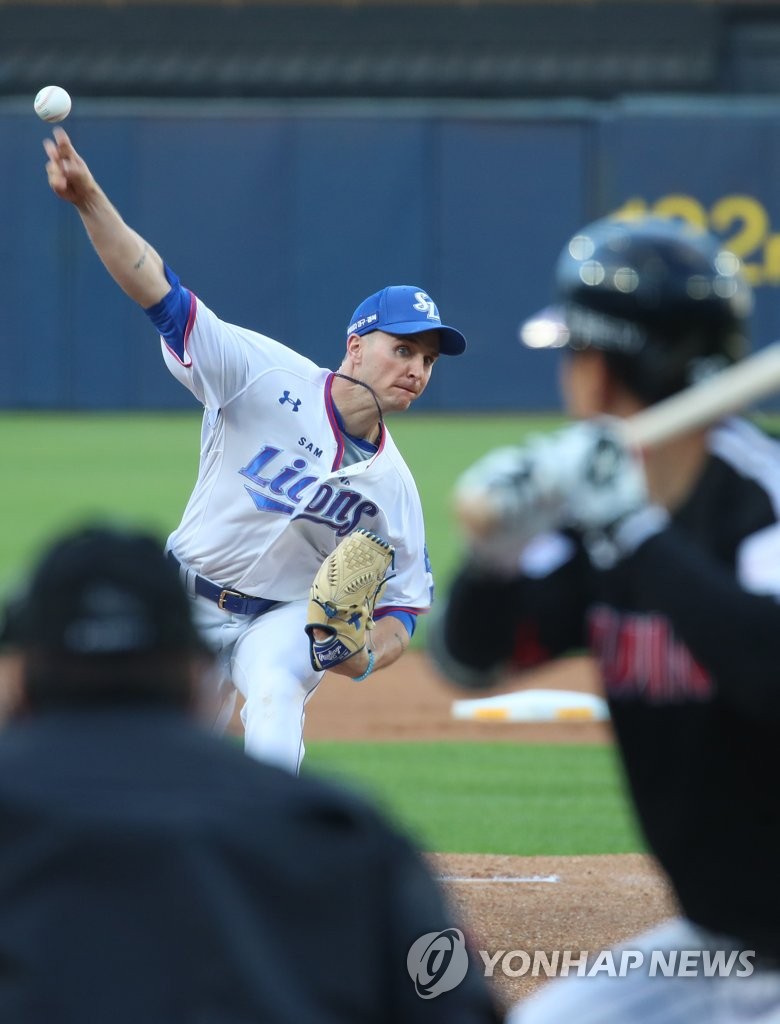