SEOUL, July 23 (Yonhap) -- North Korea's exports rose 14.4 percent in 2019 from a year earlier to mark the first on-year increase in three years, but the growth was mainly attributable to a base effect, data showed Thursday.

North Korea's outbound shipments reached US$278 million in 2019, compared with $243 million posted in 2018, according to the data compiled by the Korea Trade-Investment Promotion Agency (KOTRA).

The country's imports also shot up 14.1 percent over the period to $2.9 billion, resulting in a trade deficit of $2.69 billion, the KOTRA data showed. The combined trade volume reached $3.24 billion.

North Korea's exports reached $1.77 billion in 2017, but it sank in the following year due to U.N. sanctions against the communist regime.

North Korea has been under tightened U.N. sanctions, as well as separate U.S. sanctions, over its nuclear tests and its long-range rocket launches.

To put that into perspective, North Korea's total exports in 2019 were less than one day's worth of South Korea's outbound shipments. Last year, South Korea's exports came to US$542.4 billion. 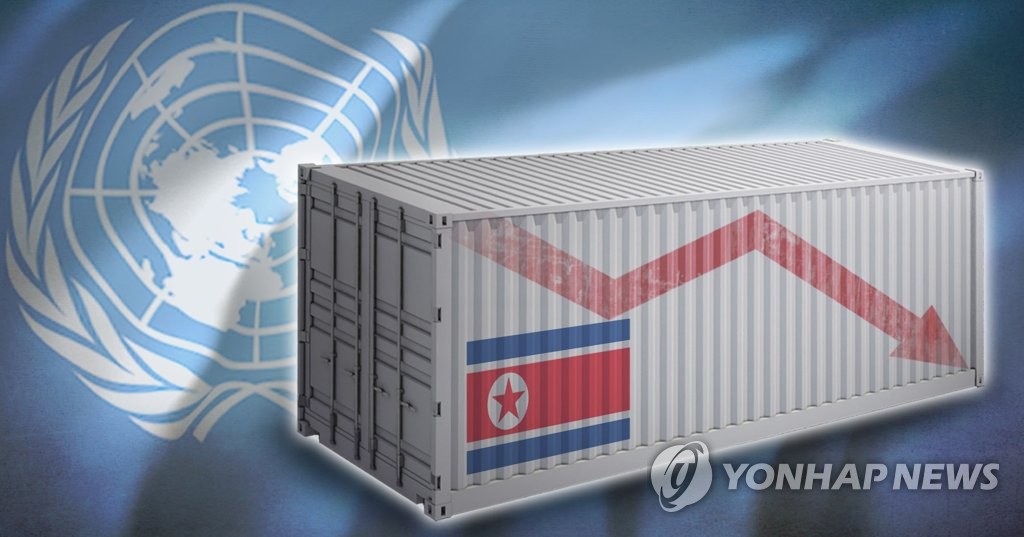 "While the trade volume rebounded last year due to the base effect following the sharp decrease observed in 2018, trade between North Korea and China also lost ground over the first five months of this year due to the COVID-19 pandemic," the trade agency said in its report.

"It is not likely for North Korea to continue expanding its trade volume throughout 2020," it added.

China stood as the biggest trading partner for North Korea in 2019, accounting for a whopping 95.4 percent of the total trade volume.

The world's second-largest economy was responsible for 77.6 percent of North Korea's exports and 97 percent of its imports in 2019.

Russia followed by taking up 1.48 percent of North Korea's trade in 2019, trailed by Vietnam and India, the KOTRA data showed.

Crude and refined oil products, on the other hand, accounted for 11.7 percent of North Korea's total imports in 2019.