Kim paid homage to the North's soldiers killed in the Korean War and buried at the Fatherland Liberation War Martyrs Cemetery to commemorate the anniversary of the armistice, the North's official Korean Central News Agency (KCNA) said.

"The undying feats of the defenders of the fatherland in the 1950s, who provided the valuable mental heritage of the revolution amid the flames of the hard-fought war, would shine long in history," Kim was quoted as saying.

The KCNA said Kim also held a ceremony on Sunday afternoon at the headquarters of the ruling Workers' Party's Central Committee and presented newly developed "Mount Paektu" commemorative pistols to leading commanding officers of the armed forces on the occasion of the anniversary.

Mount Paektu is the highest peak on the Korean Peninsula and is considered the sacred birthplace of the Korean people. The North claims that national founder Kim Il-sung led anti-Japanese guerrilla forces at the mountain to fight for independence from the 1910-45 colonial rule and that late leader Kim Jong-il, father of the current leader, was born there.

The Kim family is dubbed the "Paektu bloodline."

"This is an expression of the great trust and expectation of the Party in the commanding officers of the new generation who would carry to completion the revolutionary cause of Juche by firmly holding the weapons of the revolution," he was quoted as saying. Juche is the concept of self-reliance.

The commanding officers responded by making "solemn pledges, looking up to the Party flag, to hold close to their hearts the commemorative pistols conferred upon them by the Supreme Leader until their death," the KCNA said.

North Korean officials accompanied Kim at the ceremony, including Pak Jong-chon, chief of the General Staff of the Korean People's Army.

The armistice signed on July 27, 1953, left South and North Korea technically in a state of war. The North has designated the date as Victory Day. 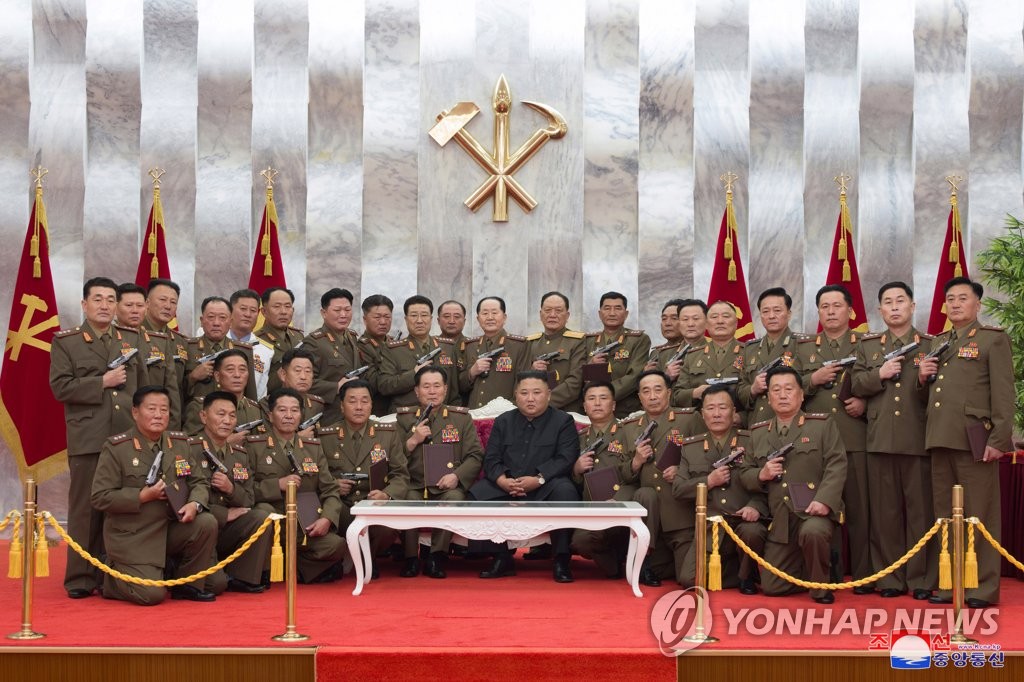 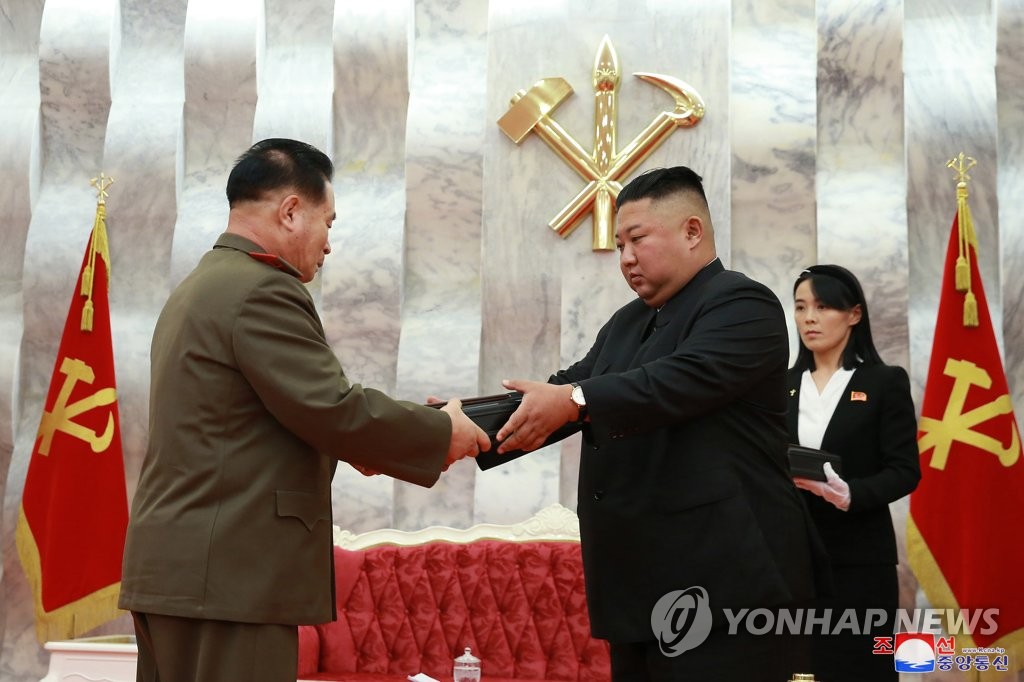