SEOUL, July 27 (Yonhap) -- Some 14,000 people were estimated to have died from a deadly humidifier sanitizer scandal that broke out in 2011, a figure that is roughly 10 times bigger than previously reported, a study showed Monday.

The number of adults who died after being diagnosed as patients of relevant diseases, such as asthma and interstitial lung disease, were estimated at ranging between 13,000 and 16,000, according to the first study that looked into deaths caused by the health scandal.

The study was based on a survey of 15,472 adults aged between 19 and 69, commissioned by the Special Commission on Social Disaster Investigation. It had a margin of error of 1.414 percentage points and a 95 percent confidence level. 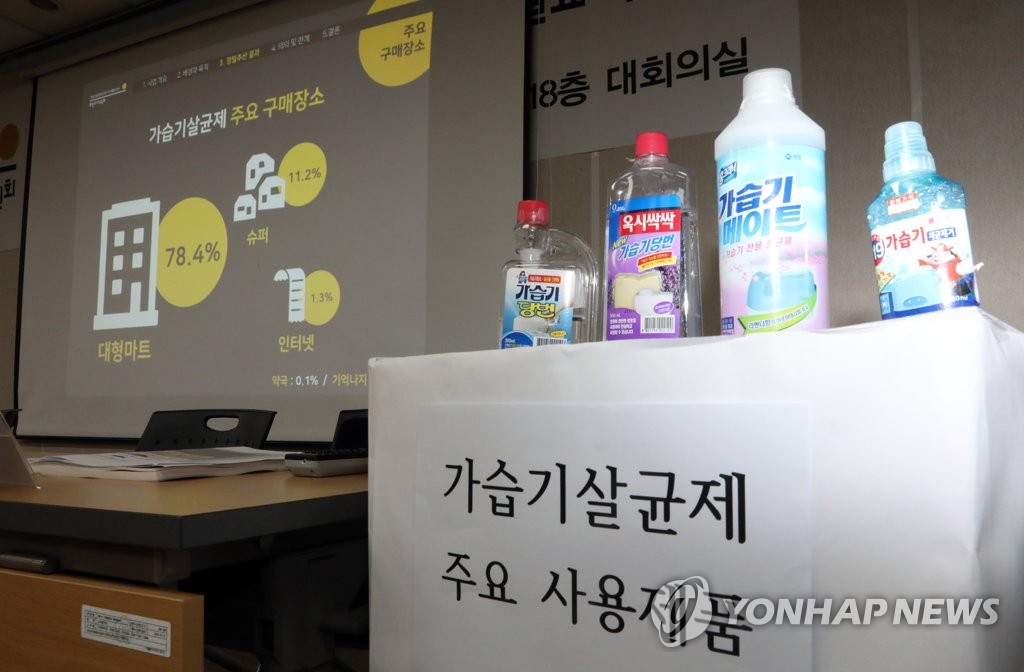 The estimate is roughly 10 times bigger than 1,553 -- the number of people who have been registered as victims of the scandal, involving Oxy Reckitt Benckiser, the local unit of British hygiene product maker Reckitt Benckiser Group plc (RB).

The fatal case came to light after four pregnant women died of unknown lung problems in 2011. Local authorities then launched a probe into the case, concluding that polyhexamethylene guanidine, an anti-bacterial agent used in the humidifier cleanser that can be fatal when inhaled in the form of droplets, had caused the deaths.

"We cautiously estimated the number of deaths at 14,000, but this could actually be bigger," said Choi Ye-yong, vice chairman of the public commission. "A more detailed investigation by the government, potentially one that includes the country's whole population, is necessary."

The study, meanwhile, showed that around 6.3 million, ranging between 5.7 million and 6.8 million depending on factors, used the humidifier sanitizers between 1994 and 2011. Households with pregnant women or children aged 7 or younger were 1.2 times and 1.8 times more likely to have used the products, respectively.

It also showed that some 670,000 suffered health problems due to the sanitizers, including 520,000 who reported new symptoms or diseases after using them. 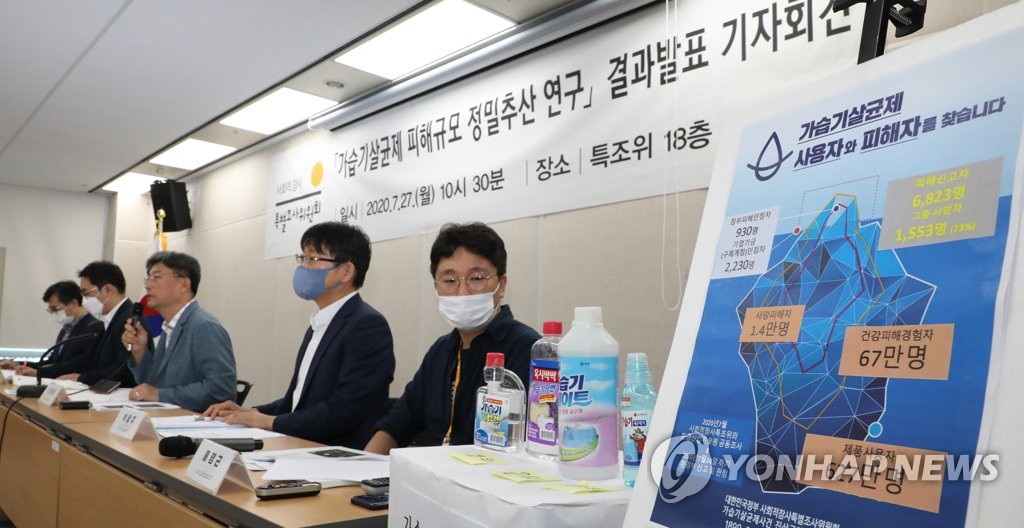