The measures were announced shortly after a joint meeting at the National Assembly between officials of the ruling Democratic Party (DP), the government and Cheong Wa Dae.

The three parties will seek a legal revision to rename the National Intelligence Service (NIS) to what can be roughly translated as the External Security and Intelligence Service, Rep. Cho Jeong-sik, the DP's chief policymaker, said in a press briefing.

Under the reform measures, the NIS will also be stripped of its mission to investigate espionage cases and come under enhanced outside control by the legislature and the Board of Audit and Inspection, Cho said.

As for the prosecution service, the three parties will confine its rights to open its own primary probe to cases in six major fields -- corruption, economy, public servants, election, defense projects and disasters -- the party official said.

The prosecution will be required to consult with the police in the event that their judgments vary in the investigation process on important cases.

To reform the police, the party and the government will seek to introduce a new self-governing regional-level police system in addition to the existing national police system.

If the new system takes force, police committees under regional cities and provinces will be put in charge of supervising regional-level police forces independently of the national police forces, according to the announcement.

The DP vowed to step up efforts to pass related laws through the assembly to legally back the reform measures.

"As the ruling party, the DP will proactively provide its support so that related laws could be revised for the reforms," Cho noted.

Speaking at the tripartite meeting earlier in the day, DP floor leader Kim Tae-nyeon said that "the focal point is making the powerful agencies, after they had sway over people in the past, reborn as those that serve the public through checks and balances."

Justice Minister Choo Mi-ae said that the relevant part of the measures aims to "spread out the (investigative) power that has been concentrated on the prosecution." 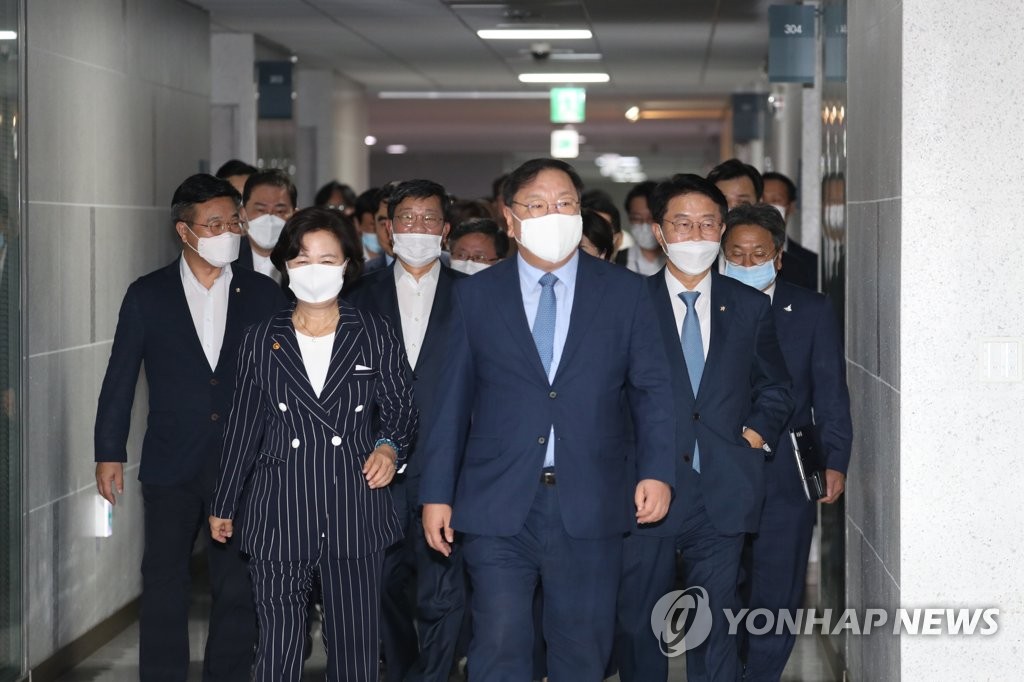