According to the report from the Organization for Economic Cooperation (OECD), Asia's fourth-largest economy is forecast to see its nominal GDP to decline 1.8 percent on-year to about US$1.54 trillion this year.

The amount would be the ninth-largest among 37 OECD members and nine non-member countries for which the Paris-based club has put forward growth outlooks.

GDP, the broadest measure of an economy's performance, refers to the total value of goods and services produced within the economy in a given period. 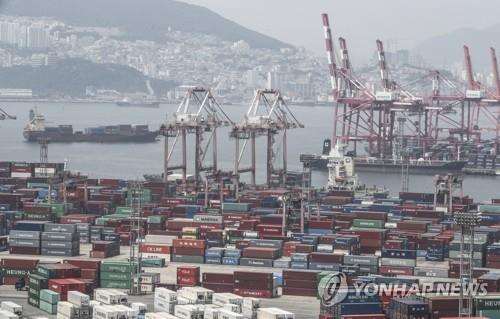 South Korea is expected to leapfrog Brazil, Canada and Russia -- which ranked ninth, 10th and 11th last year, respectively -- as those economies are feared to be hit harder by the coronavirus pandemic.

Canada is projected to suffer an economic contraction of 7.5 percent this year, with the Russian economy forecast to shrink 14.1 percent. Brazil's nominal GDP is predicted to drop 3.9 percent.

Despite a 5.7 percent decline in nominal GDP, the United States is forecast to top the global GDP list with $20.20 trillion this year.

The coronavirus outbreak, which started in China in December, has pounded economies across the world due to lockdowns, which have sent consumption and trade tumbling. The coronavirus has infected nearly 20 million people globally, with the death toll nearing 730,000.
(END)