The government-led national ceremony marking the International Memorial Day for Comfort Women took place at the Hill of National Commemoration in Cheonan, south of Seoul, with the slogan of "memory for the future."

About 100 people, including elderly Korean women sexually enslaved by the imperial Japanese army, participated in the event. 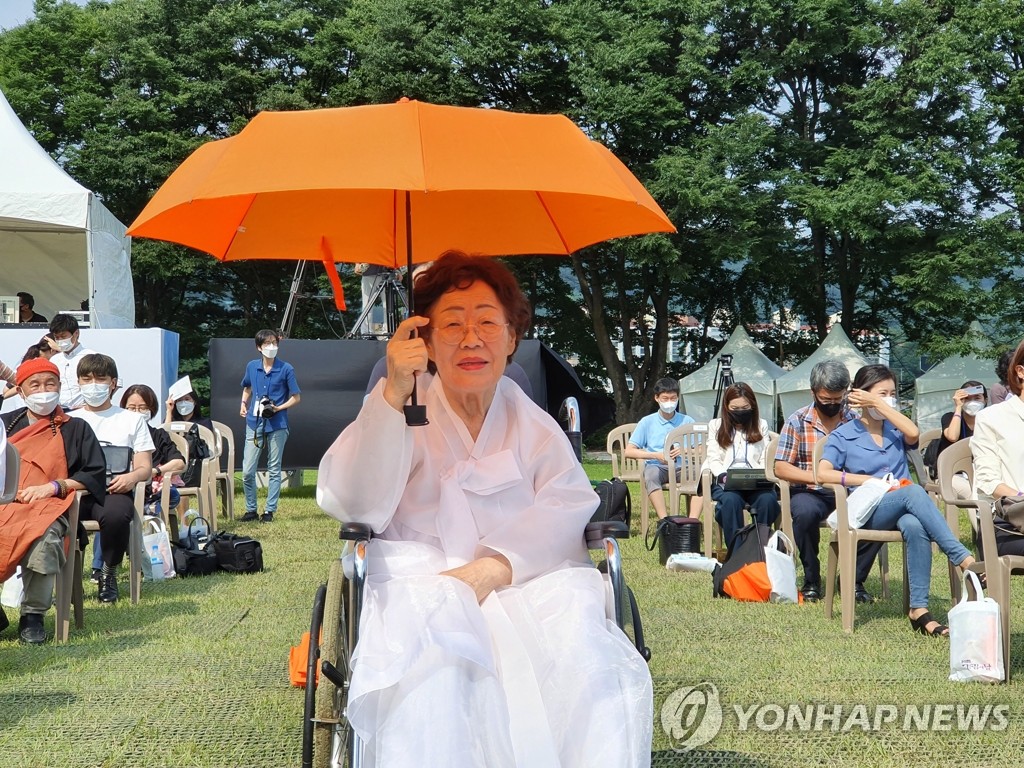 In a video message, President Moon Jae-in vowed to make constant efforts to resolve the issue that has been a source of diplomatic rifts with Japan for decades.

South Koreans have called on Japan to offer a sincere apology and compensation for the victims, but the neighboring country has remained silent.

"The most important principle of resolving the problem is 'victim-centrism,'" he said. "The government will do its best to map out realistic and practical methods so that the victims' courage and dedication can get repaid with the restoration of dignity and honor." 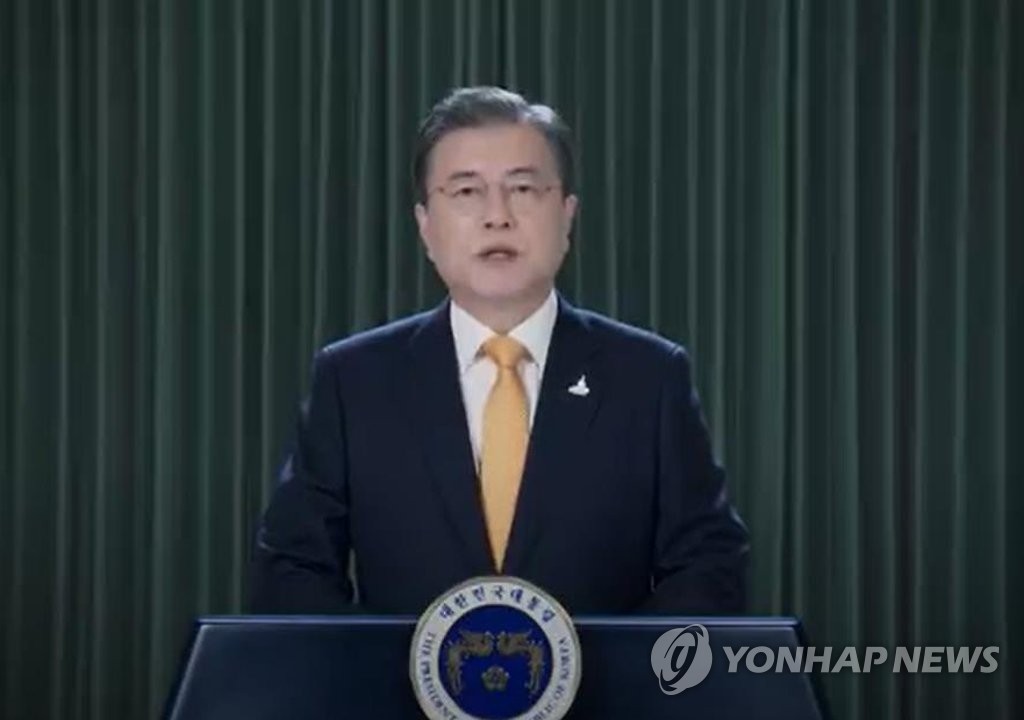 It is the third time that the government has hosted a national ceremony commemorating the day since 2018, when it was designated a national memorial day.

The International Memorial Day for Comfort Women falls on Aug. 14, the day when the late Kim Hak-soon, a former comfort woman, first publicly testified about Japan operating an organized military brothel program during the war in 1991.

It is also the eve of Liberation Day, which marks the end of the 1910-1945 Japanese colonial era.

Also during the ceremony, Lee Jung-ok, minister of gender equality and family, said it is time for the current generation to respond to those who dedicated their lives to shed light on the comfort women issue.

"The testimony by Kim Hak-soon resonated across the globe, revealing the truth and the violence against women," she said. "Now we have to think of what we can learn from the tragedy in history."

The government then opened a digital archive that stores more than 500 files of documents and materials on "comfort women," a euphemistic term for the former sex slaves. The online depository (www.archive814.co.kr) includes reports by the United Nations forces during the Korean War and official statements by the Japanese government.

According to historians, up to 200,000 women, mostly Koreans, were coerced into sexual servitude in front-line Japanese brothels when the Korean Peninsula was a Japanese colony. 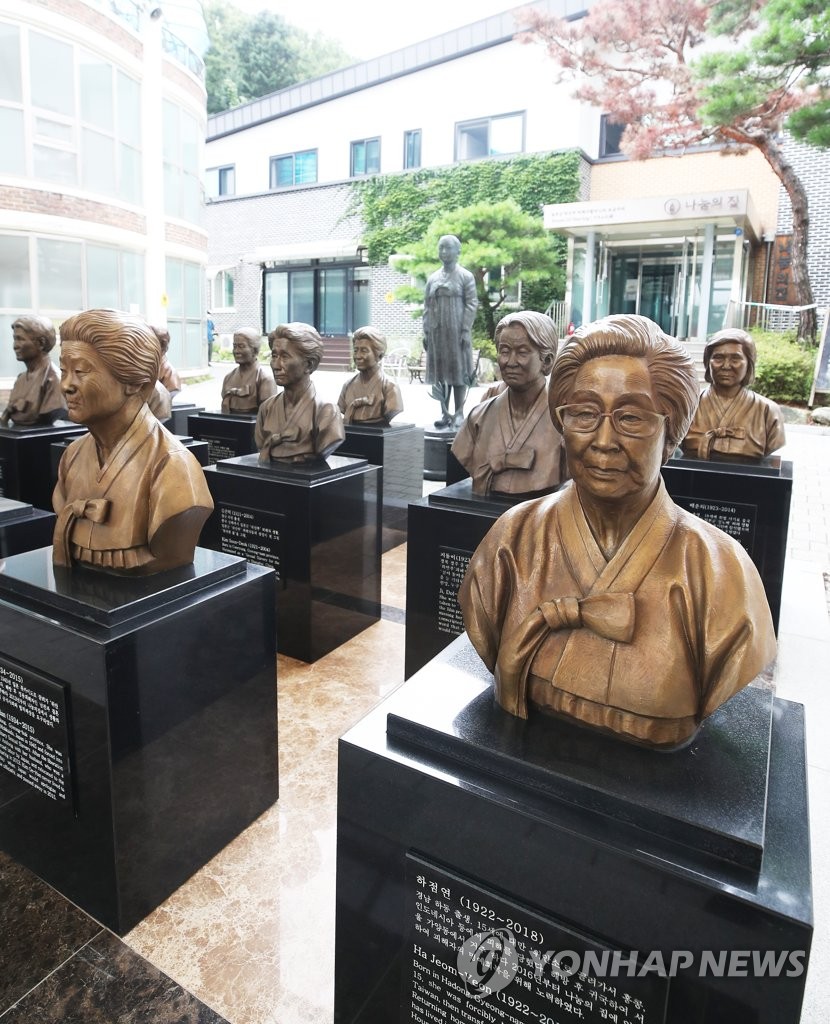