SEOUL, Aug. 15 (Yonhap) -- Liberation Day demonstrations are taking place in Seoul throughout Saturday despite new COVID-19 cases in the country reaching a five-month high of 166, with authorities reinstating stricter social distancing guidelines as the highly infectious disease is spreading at an alarming rate.

The demonstrations come as a Seoul court mostly upheld local government's injunctions to ban large gatherings in light of public safety concerns and as police have warned they will not permit unlawful protests.

The number of new COVID-19 cases in South Korea reached a five-month high of 166 on Saturday, with strong rebounds of transmissions in and around the capital city that is putting pressure on authorities to consider reintroducing stricter social distancing guidelines and other safety measures.

The daily tally marks the second day in a row that infection numbers reached triple digits with the total caseload in the country so far hitting 15,039, according to the Korea Centers for Disease Control and Prevention (KCDC). Of the new cases, 155 were local transmissions with churches being cited as outbreak clusters.

Reflecting the rise in numbers, the government raised the three-tier social distancing scheme in Seoul and Gyeonggi Province from Level 1 to Level 2, effective Sunday. This move bans all large scale indoor and outdoor gatherings.

Sarang Jeil Church, led by conservative pastor Jun Kwang-hoon, and the Freedom Union has gone ahead with a rally to blast the government and the ruling Democratic Party near Gyeongbok Palace.

Health authorities have said that 30 people who go to the church in Seoul have been confirmed to be infected with COVID-19. 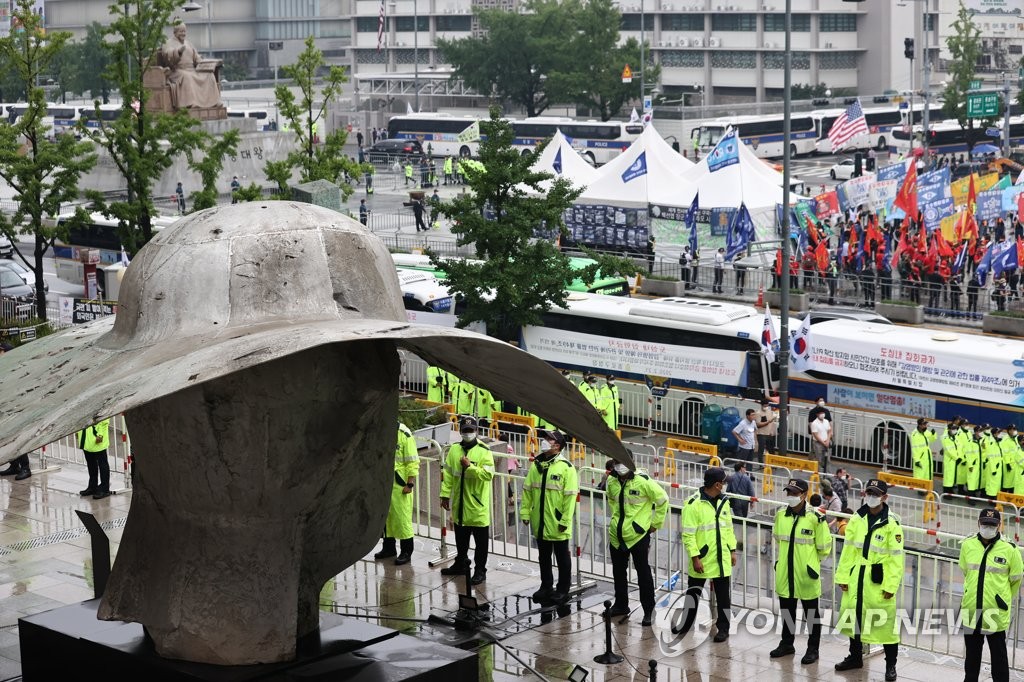 Police said that while organizers have said some 2,000 will take part in the gathering, the church and the Freedom Union have urged followers on YouTube to join the protest, which could result in much larger numbers. The church and the group have consistently blasted the incumbent administration's many policies.

Organizers have asked for permission to hold their demonstration up till 7 p.m., which includes the use of three car lanes in the downtown region so people can carry out a march.

Police said there is a risk that Jun's followers may even carry out an overnight vigil.

Besides churchgoers, a protest organized by former lawmaker Min Kyung-wook, who leads the April 15 Rigged Election association, is holding a rally near Euljiro 3 Station that will be follow by a march toward Gwanghwamun. This group reported that 4,000 will take part in the gathering that will call for a thorough probe into "irregularities" surrounding the last general election, which some conservatives claim was seriously rigged.

Besides conservative groups, the Korea Confederation of Trade Unions (KCTU) said it will go through with its protect set for 3 p.m. near Anguk Station. The progressive union said around 2,000 people will be present at the gathering that will demand more rights for workers.

Police said that it will take all appropriate measures to stop rallies that have not been approved by the court, while keeping close tabs on those that have gotten permission.

The April 15 Rigged Election group can lawfully carry out its rally, while the Freedom Union and the umbrella union have not been given permission.

"Strict safety guidelines need to be maintained for authorities gathering while people trying to attend unauthorized demonstrations will be given a warning in advance to go home," a law enforcement official said.

He said if people do not follow orders, they will be disbanded, while those breaking the law will be arrested on site. 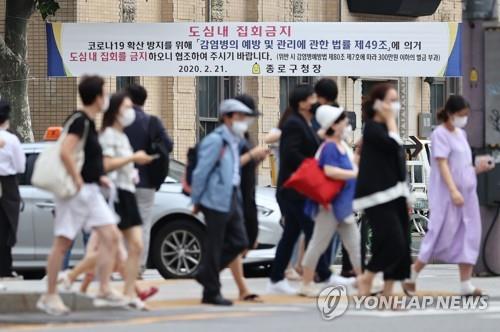