The government will soon announce details of the fund, which is expected to help channel excess liquidity into the real economy, Hong said.

Last month, South Korea said it will invest 160 trillion won (US$133 billion) by 2025 under the bold stimulus package that will create 1.9 million jobs and kick-start the coronavirus-hit economy.

Unlike conventional infrastructure projects, the deals feature 28 projects that will transform the nation's fossil fuel-reliant economy into an eco-friendly one and increase state investment in artificial intelligence and fifth-generation (5G) telecommunication services.

The projects are aimed at laying the groundwork for economic growth in the long term, while cushioning the economic blow from the pandemic and hastening an economic recovery. 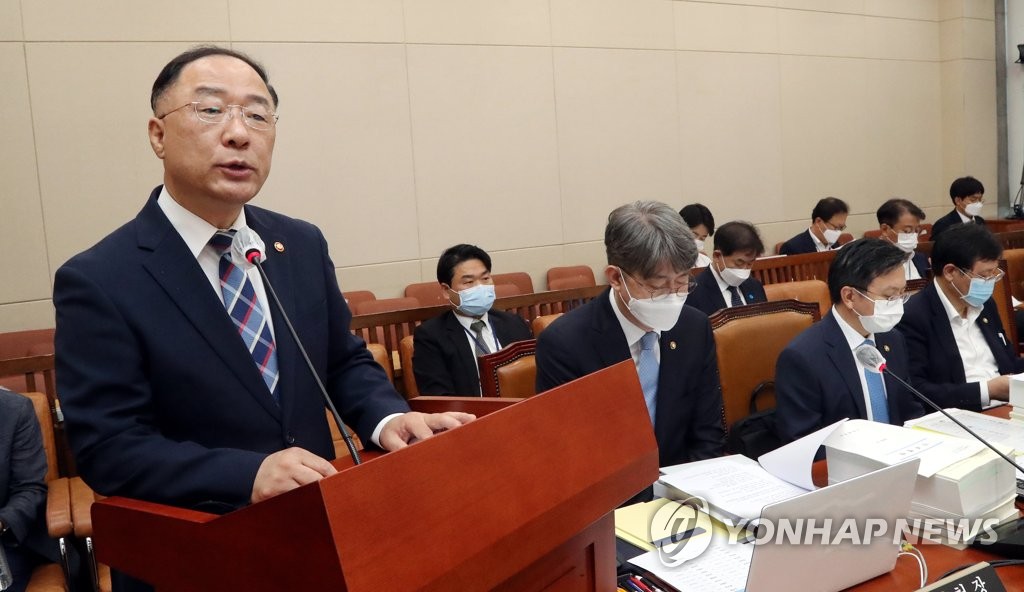 Separately, Hong told lawmakers that the nation's housing market is showing some signs of stabilization after the government announced stricter measures to cool home prices.

Last month, the government announced its toughest measures yet to rein in rising housing prices, as a series of steps, including tax hikes and loan regulations, failed to put the brakes on soaring home prices.

Earlier this month, the government announced it will supply 132,000 homes, including 110,000 homes in Seoul, in the capital city and the neighboring areas by 2028 by easing restrictions on the construction of residential buildings.