"Ice Cream" is the second prerelease single from the band's inaugural studio album, titled "The Album," announced for this fall. The quartet invited Selena Gomez as a guest singer on the new single.

The female quartet has said it looks forward to one day standing on stage with her to perform "Ice Cream," the band's latest bubble-gum pop single featuring the American pop singer.

The latest feat comes after BLACKPINK's mega hit "How You Like That" topped 100 million YouTube views within 32 hours of its release in late June. 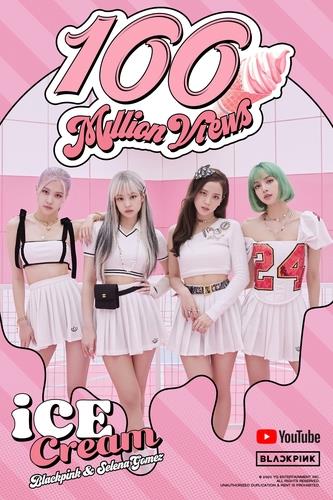