SEOUL, Sept. 14 (Yonhap) -- South Korea's credit card companies saw their combined earnings rise in the first half of the year from a year earlier due to increased profits from card loans, data showed Monday.

The combined net profit of eight card issuers, including Shinhan Card Co., Samsung Card Co. and KB Kookmin Card Co., came to 1.11 trillion won (US$937 million) in the January-June period, up 18.9 percent from a year earlier, according to the data released by the Financial Supervisory Service (FSS).

The hike in profit was attributed to the combination of increased gains from card loans and decreased loan loss provisions.

The value of credit card purchases fell 0.3 percent on-year to 340.3 trillion won in the first half, according to the data.

The overall credit card delinquency ratio came to 1.38 percent as of end-June, down 0.23 percentage point from the same period of last year, according to the FSS. 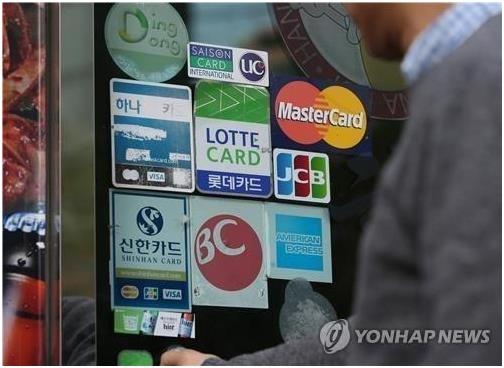