SEOUL, Sept. 15 (Yonhap) -- Prosecutors raided the Ministry of National Defense on Tuesday over broadening allegations that Justice Minister Choo Mi-ae used her influence to get her son an extended leave during his mandatory military service in 2017.

The Seoul Eastern District Prosecutors Office handling the case dispatched investigators to the ministry's inspector-general office as well as its computing information arm and civil affairs office in search of related materials.

A related raid of the Army's information system management arm at the Gyeryongdae military headquarters in the central city of Gyeryong was also launched earlier in the day.

Prosecutors refused to provide details of the raid, but they are believed to be trying to collect records from the ministry's main computer servers.

According to government sources, the servers retain recordings of all outside calls to its civil affairs office made since 2015, possibly including those related to the power abuse allegations. 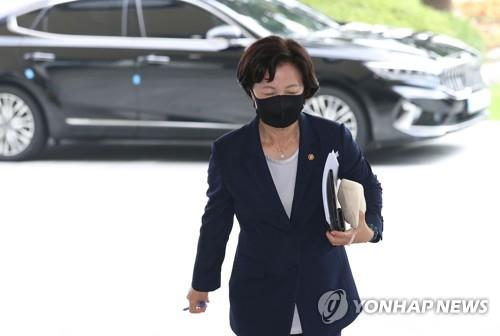 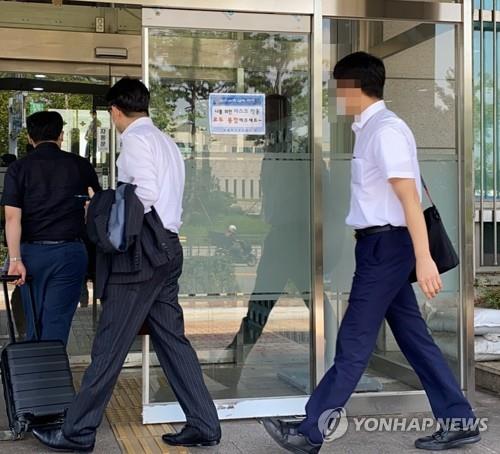 Choo is suspected of having used her influence as the then-chairwoman of the ruling Democratic Party to get an extended 23-day leave for her son after his knee surgery.

The 27-year-old son, surnamed Seo, was given four extra vacation days at the end of his 19-day medical leave while he served in the Korean Augmentation to the United States Army (KATUSA) for the 2nd Infantry Division of the U.S. Eighth Army.

Choo's side allegedly made calls to the military to get Seo's first 10-day medical leave extended by nine more days. The extension was approved over the phone and Seo submitted his medical records to back up the extended medical leave only later, without having to return to the base.

Prosecutors questioned the son and the former aide to the justice minister who is suspected of having inquired by phone over the weekend about the possibility of extending the leave.

The former aide stated during the questioning that he called the military unit at the request of Choo's son, according to media reports. He also reportedly said he had at least three phone conversations with military officials in relation with the medical leave extension, but they were simply for inquiries, not a request.

After securing the related data, prosecutors are expected to proceed by identifying the alleged callers and determining whether the calls, if any, constituted a request for special favors for Seo.

Portraying this as preferential treatment that is not allowed for other conscripts, opposition lawmakers have mounted a firestorm of criticism against Choo and called for her resignation.

In addition to the extended leave, Choo's family is suspected of making special requests to get Seo assigned to the Yongsan Garrison in central Seoul, not in Uijeongbu, north of the capital, where he did his service.

The family also allegedly pushed to have him selected as an interpreter for the 2018 PyeongChang Winter Games.