The hydrogen fuel cell system will be delivered to GRZ Technologies Ltd., a Switzerland-based company specializing in energy storage in the form of hydrogen, and an unidentified European energy solutions startup, Hyundai said in a statement.

GRZ Technologies and the European startup plan to manufacture eco-friendly portable power generators based on the 95-kilowatt hydrogen fuel cell systems, it said.

"Starting with the latest shipment, Hyundai aims to export more hydrogen fuel cell systems to global markets such as the United States and China," a company spokesman said. 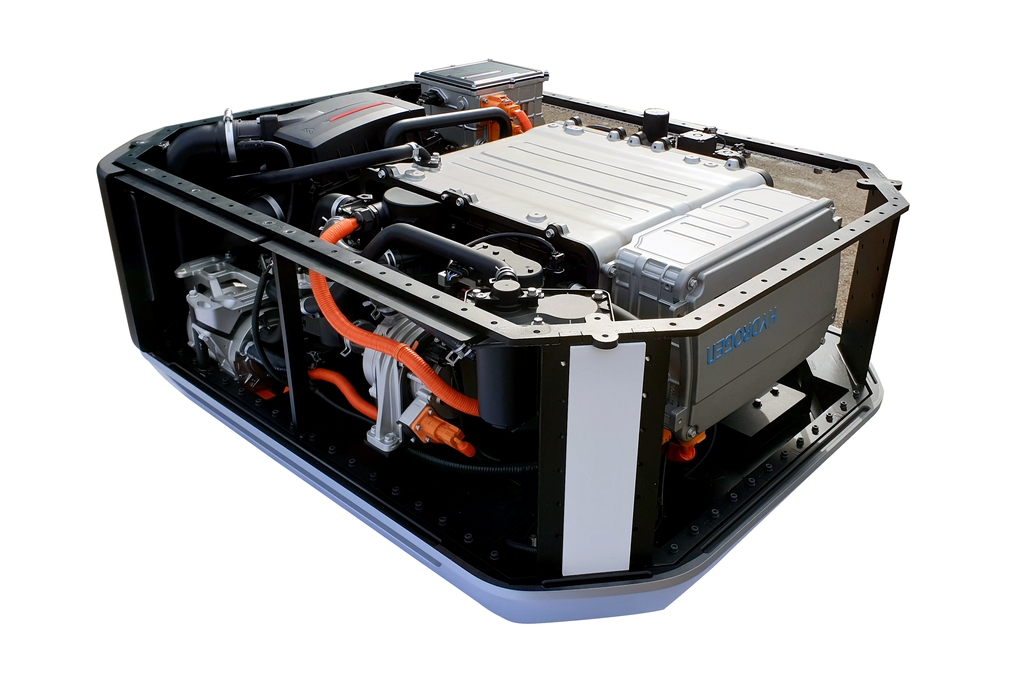 A hydrogen fuel cell electric car only releases water vapor as it converts stored hydrogen into electricity to turn the motor.

Hydrogen can be produced by processing liquefied natural gas or as a byproduct from industrial facilities, including petrochemical plants.

On the passenger and commercial vehicle side, Hyundai Motor has been exporting hydrogen fuel cell electric vehicles.

Hyundai plans to deliver 40 additional XCIENT Fuel Cell hydrogen trucks to the European country by December as part of its long-term contract to export a total of 1,600 XCIENTs to the country by 2025.

In 2018, Hyundai Motor Group announced that it will invest 7.6 trillion won in hydrogen car-producing facilities and related R&D activities by 2030. Under the plan, the group plans to churn out 500,000 hydrogen vehicles in 2030. 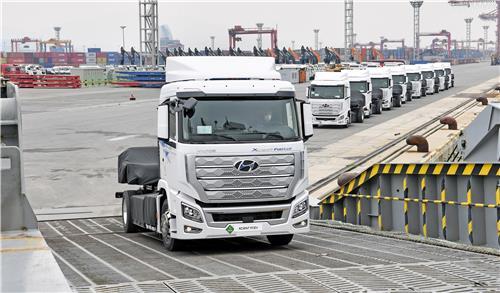