SEOUL, Sept. 16 (Yonhap) -- Unification Minister Lee In-young was set to visit the truce village of Panmunjom on Wednesday for the first time since taking office, raising expectations he could send a message to North Korea amid stalled cross-border exchanges and cooperation.

Lee's trip comes days ahead of the second anniversary of a summit agreement signed between South Korean President Moon Jae-in and North Korean leader Kim Jong-un in Pyongyang on Sept. 19, 2018, to reduce tensions and bolster cooperation. 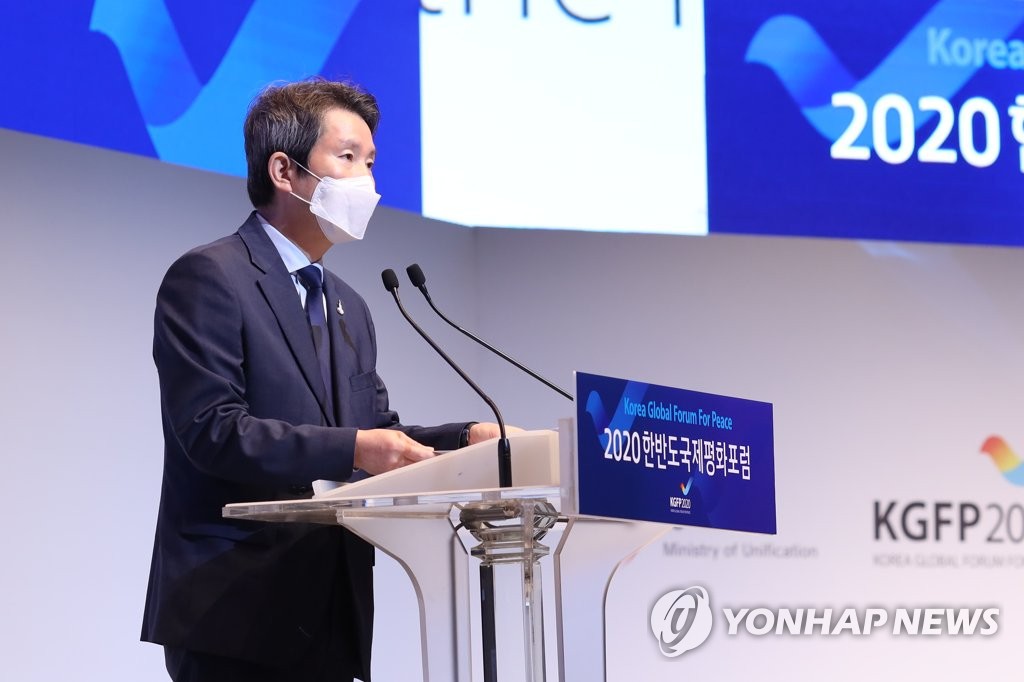 The unification ministry earlier said that Lee will visit Panmunjom to take a first-hand look at major facilities, including the South Korea-controlled Freedom House and Peace House, and encourage the staff there.

He also plans to hold a brief press conference at a place where South Korean President Moon and North Korean leader Kim planted a pine tree to mark their first historic summit talks at Panmunjom in April 2018, it added.

"I think it is meaningful for the minister to hold a press conference at the place where the two leaders planted a tree," a ministry official told reporters on condition of anonymity on Tuesday.

Inter-Korean relations fell to the lowest point recently after North Korea cut off inter-Korean communication lines and blew up the joint liaison office in its border village of Kaesong in anger over the sending of anti-Pyongyang leaflets from the South.

Observers say that Lee could use the trip as a chance to send a message to North Korea, including calling for resumption of dialogue.

Lee has sought for active efforts to bring the chilled ties back on track since his inauguration through various small-scale exchanges and cooperation in the humanitarian area.

Recently, Lee also expressed hope that the two Koreas could hold video reunions for families separated by the 1950-53 Korean War on the occasion of the Chuseok holiday set for late this month.

South Korea has sought to hold video reunions and secured relevant sanctions exemption on equipment to be sent to the North last year, but no progress has been made amid strained inter-Korean relations.