JEONJU, South Korea, Sept. 16 (Yonhap) -- With his Jeonbuk Hyundai Motors in a solid position for an unprecedented fourth consecutive title in K League football, midfielder Han Kyo-won believes the title race will be determined by a sense of urgency.

Han scored what turned out to be the winning goal in Jeonbuk's 2-1 victory over Ulsan Hyundai FC on Tuesday at Jeonju World Cup Stadium in Jeonju, 240 kilometers south of Seoul. Jeonbuk remained in second place behind Ulsan, but the gap has been cut from five points to two points with six matches left. 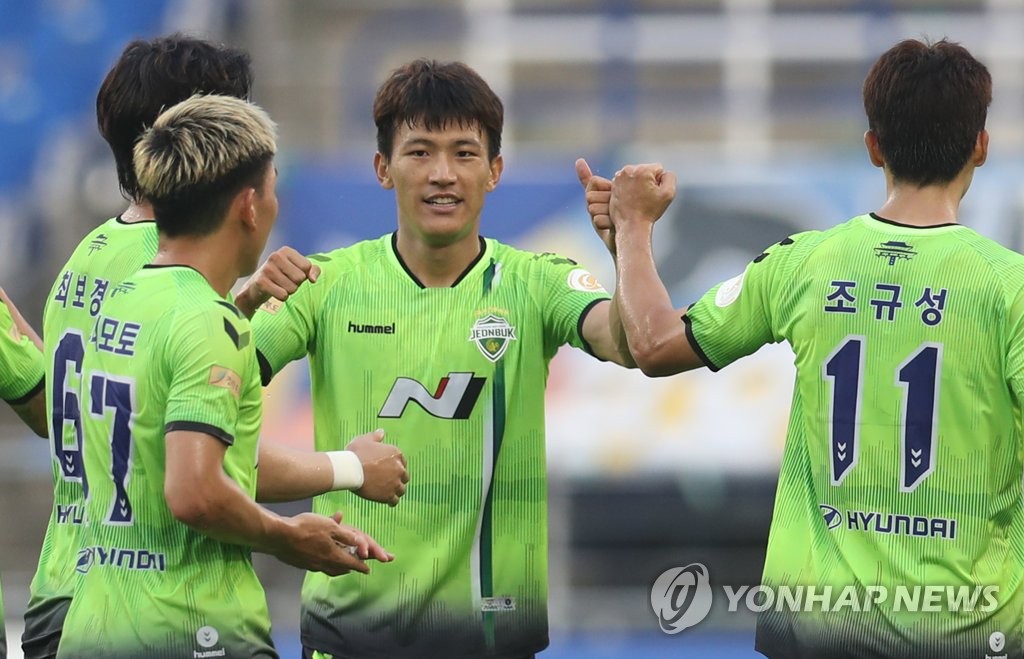 Jeonbuk have beaten Ulsan in both of their meetings so far -- Ulsan's only two losses of this season have come against Jeonbuk -- and Han scored in both matches. In the previous meeting on June 28, Han netted the first goal of a 2-0 win.

Han now has 10 goals for the year, most among South Korean-born players and fourth overall in the K League 1.

Jeonbuk came stumbling into Tuesday's crucial match, mired in a season-high three-match winless streak with one draw and two losses. They had allowed their season-worst three goals in a draw versus Gwangju FC just three days ago, with Ulsan staying in front by five points.

Han said he and his teammates were a determined bunch against Ulsan.

"We thought we couldn't afford to fall behind any further," Han said. "We had our backs against the wall. So we focused really hard, but we also had a lot of fun on the pitch." 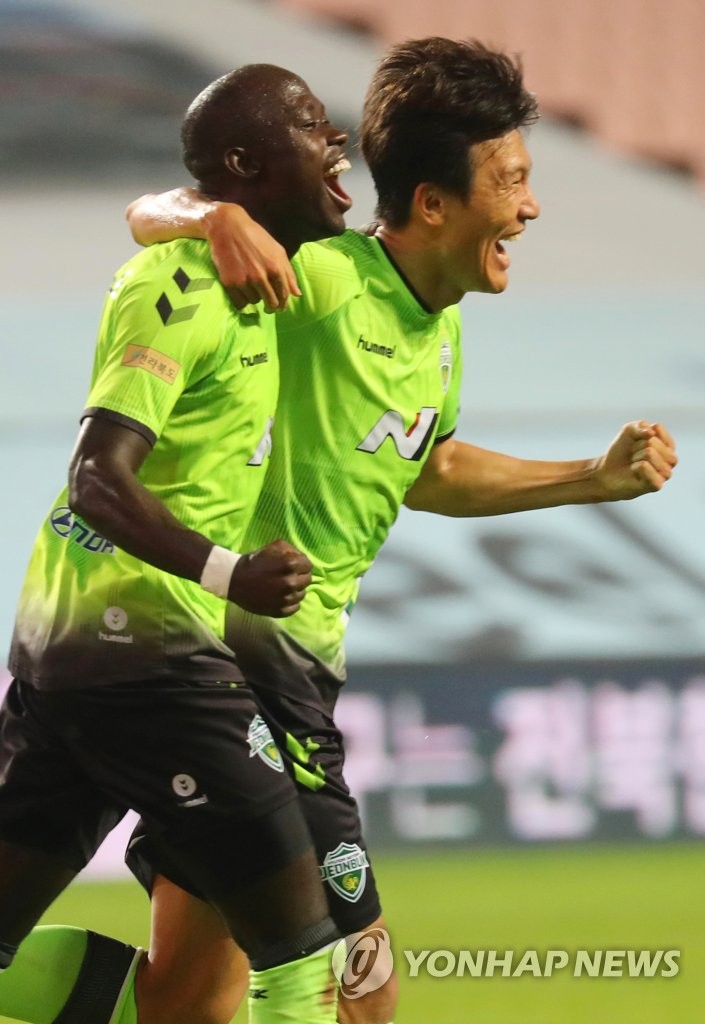 An Ulsan win would have opened up an eight-point lead, a gap that is not insurmountable over the final six matches for a club as resilient as Jeonbuk, but certainly difficult to overcome against a deep Ulsan side.

Jeonbuk and Ulsan will meet once more this season, after the 12 teams are split into two tiers following Sunday's matches. The top six will be grouped in "Final A" and the rest will be in "Final B." They will then have five matches within their group to close out the season.

Jeonbuk have lost to Ulsan just once in their last 10 clashes. Han said just the prospect of facing Ulsan "gets my heart pumping" and added, "I think we've had their number because we want to win more than they do." 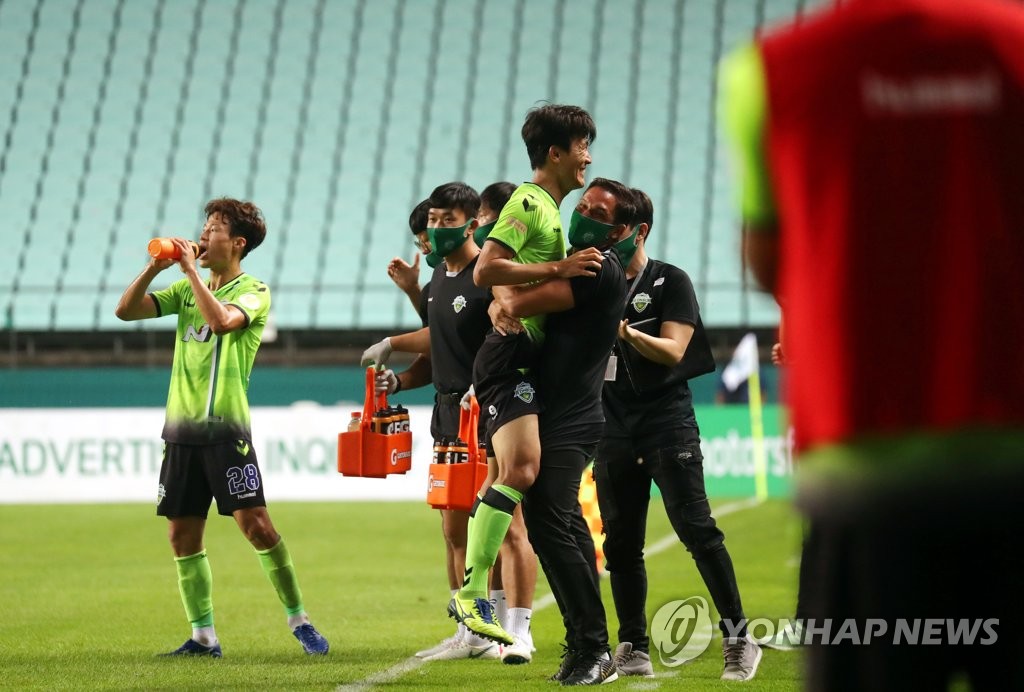 And it's that kind of drive and determination that Han thinks will be key down the stretch.

"We can't leave any points on the table, if we want to lift the trophy." he said. "I don't think we can say we're so much better than Ulsan. I think whoever wants more will win the title." 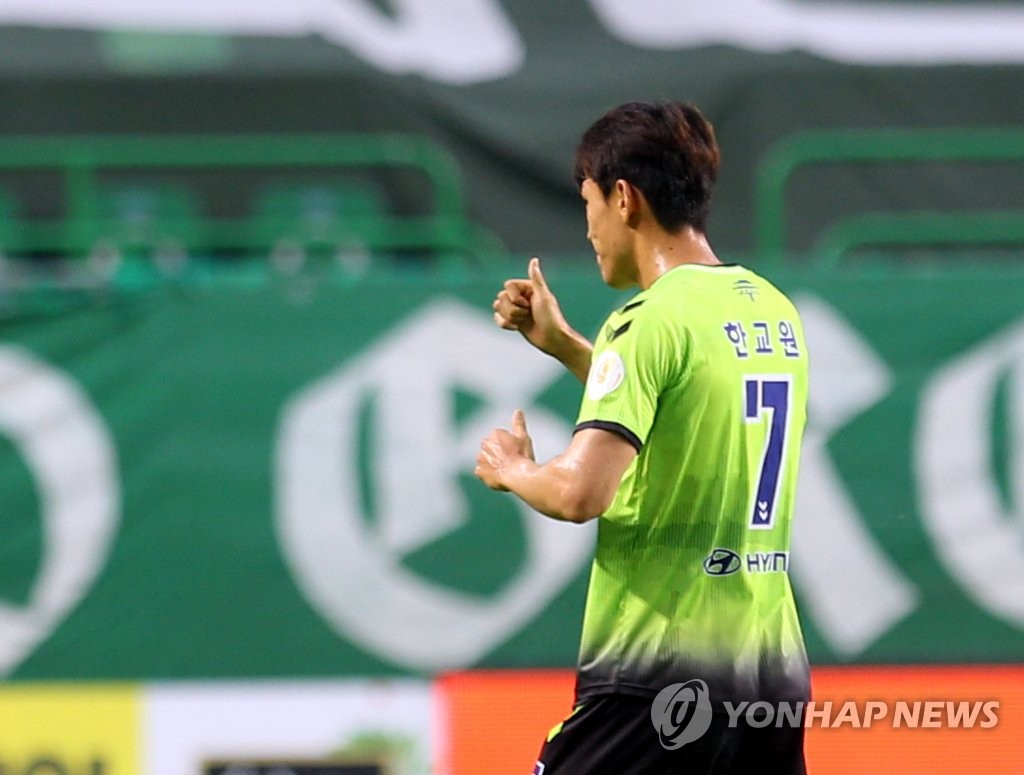