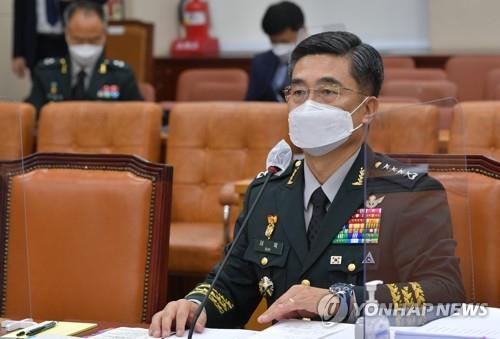 Following the daylong hearing, the parliamentary committee on national defense adopted a report on its results, paving the way for President Moon Jae-in to appoint Suh with no delay.

The report read that he has "rich experience and insight on combined and joint operations" on the basis of service in major military posts. It added he's believed to have the ability needed for key defense policies, including the transition of wartime operational control of South Korean troops from the United States.