SEOUL, Sept. 17 (Yonhap) -- Battles for survival have intensified with another round of action in the books in K League football.

The 12 teams in the K League 1 had rare midweek matches, with two on Tuesday and four more on Wednesday.

The bottom dwellers Incheon United earned a hard-fought 1-0 victory over FC Seoul on Wednesday, behind Song Si-woo's second-half winner, and improved to 18 points. Though still in last place, they now have the same number of points as Suwon Samsung Bluewings, who managed a scoreless draw versus Pohang Steelers on Wednesday. Incheon and Suwon have identical records of four wins, six draws and 11 losses, but Suwon remain ahead in the table for now thanks to the edge in the first tiebreaker, goals scored (18-15). 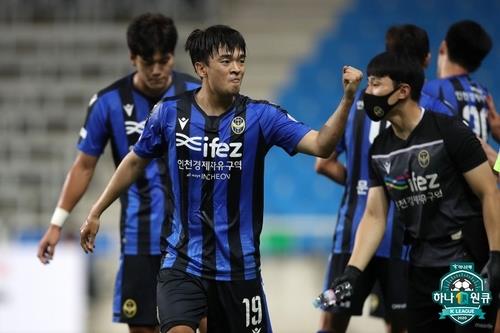 These two clubs are going in opposite directions. Incheon opened the year on a 15-match winless skid and their four wins have all come in the past six. Suwon, on the other hand, have just one victory in their past eight contests and have been held scoreless in five of those.

Neither club has yet suffered the ignominy of relegation since the promotion-relegation system came into place in 2013. While Suwon have mostly stayed comfortably out of the relegation zone, Incheon have had to survive some tense battles in recent years just to remain in the K League 1.

In other words, Incheon are no strangers to these late-season nail-biters, but Suwon are in unfamiliar territory.

Incheon head coach Jo Sung-hwan, who took the reins in August, said his players are finally playing up to their capabilities after a rough stretch early in the season.

"It's obvious that we have a resilient group of guys here," Jo said. "We should be able to build on this victory moving forward." 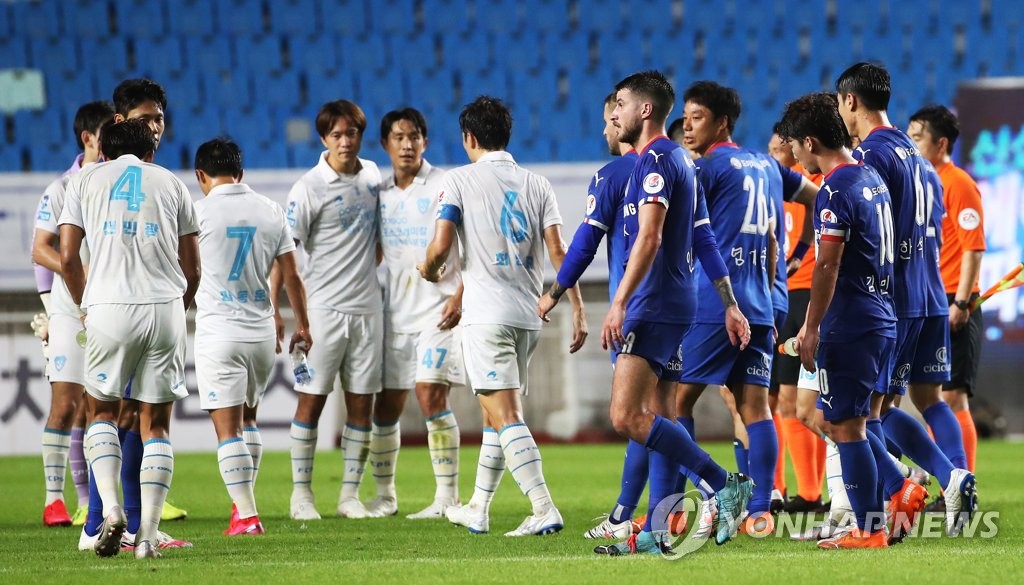 Park Kun-ha, Suwon's new coach who has posted a draw and a loss in his first two matches, said his players will have to get their confidence back.

"We've been dropping in the table and the guys aren't competing with much energy," Park said. "The key is to address that over a short period of time."

Also on Wednesday, Daegu FC beat Seongnam FC 3-2 to lock down a spot in the top six for the K League's "split" phase.

After Sunday's matches, the 12 teams will be divided into two tiers: the top six in "Final A" and the rest in "Final B." Teams then will close out the season by playing five more matches within their group.

Teams in Final A are assured of remaining in the K League 1 for 2021, for they are guaranteed to finish no lower than sixth in the final table. With only six points separating the last six clubs at the moment, every club that ends up in Final B is in danger of relegation, at least mathematically. 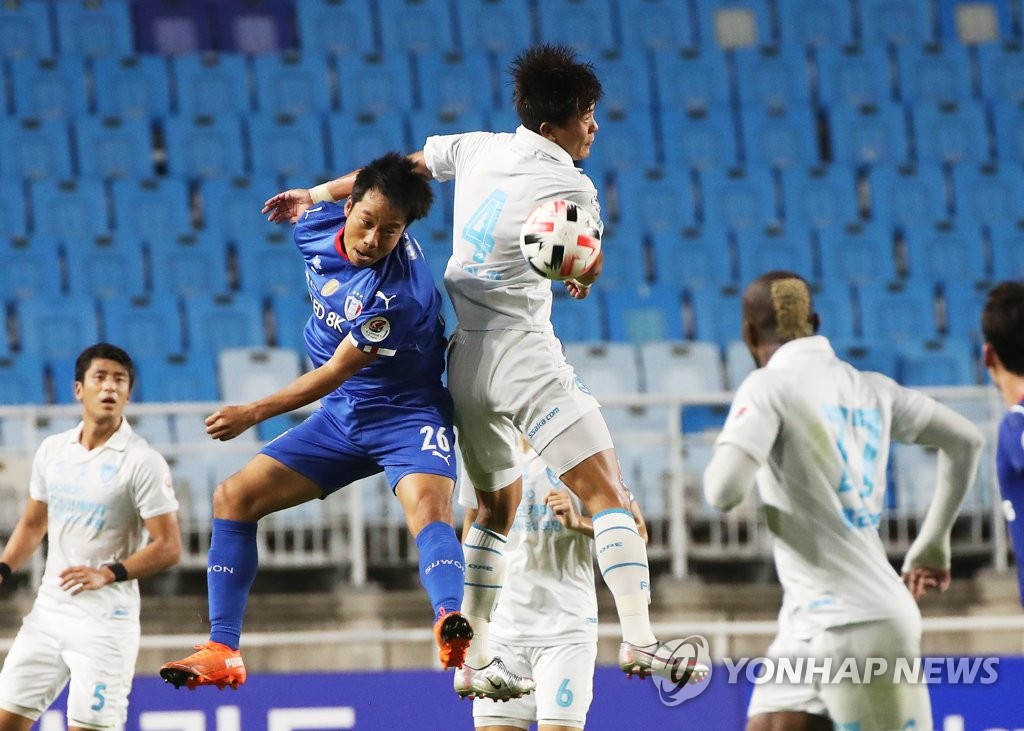 Since the split system was introduced for the 2012 season, the top club in the lower tier finished with more points than the bottom club in the upper tier in all but one year. The only exception came in 2018, when Suwon (sixth) and Daegu (seventh) both had 50 points.

Five of the top six berths have been secured. Gangwon FC occupy the sixth spot for now with 24 points, after beating Busan IPark 2-1 on Wednesday. FC Seoul also have 24 points, but they trail Gangwon 26-19 in goals scored.

FC Seoul's hopes of joining the top six took a beating on Wednesday, not just with the loss to Incheon but also with an injury to midfielder Ki Sung-yueng. 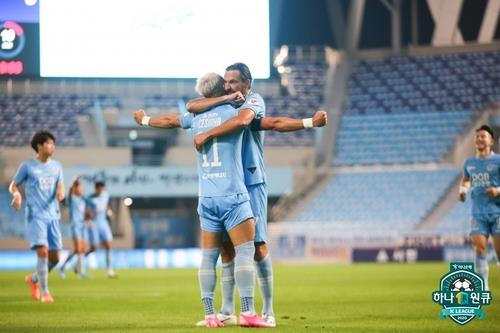 Ki, who rejoined Seoul in the summer after playing over a decade in Europe, suffered an apparent knee injury, just 17 minutes after coming off the bench to open the second half. He's expected to miss Sunday's match against Daegu FC.

This was Ki's fourth match since his return, all of them as a sub. He had been rounding into form for the stretch drive when the sudden injury hit.

Though Ki's best days may be behind him, the midfielder has still been a valuable piece as a distributor.

Trailing FC Seoul in the table are Gwangju FC and Seongnam FC, at 22 points apiece. As fate would have it, they'll face each other Sunday for the final match before the split. 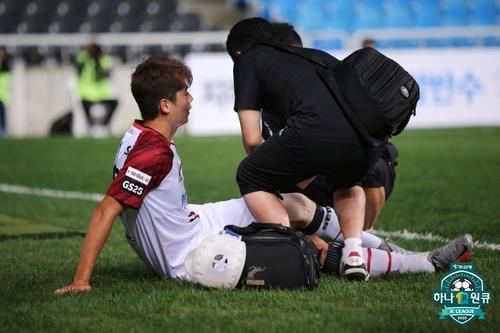