It is expected to be played during the virtual event at around 2 a.m. Wednesday (Seoul time), according to Cheong Wa Dae spokesman Kang Min-seok.

Moon plans to request the international community's support for peace on the Korean Peninsula and in Northeast Asia and stress the importance of the world's solidarity in response to the COVID-19 pandemic and climate change, he added.

The U.N. has decided to hold the 75th session of the General Assembly via video link due to virus concerns. 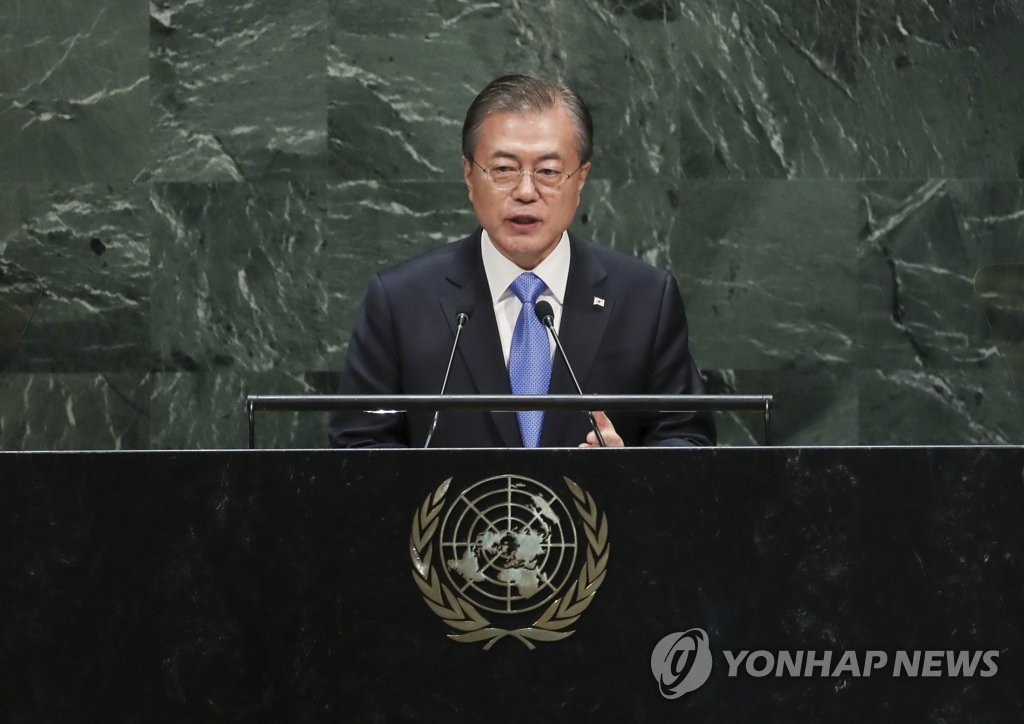