The annual carbon dioxide concentration rate in South Korea averaged 417.9 parts per million (ppm) last year, compared with the global average of 409.8 ppm, according to the report by the National Institute of Meteorological Sciences. The global average came from figures analyzed by the National Oceanic and Atmospheric Administration in the United States.

The figure, which was measured at Anmyeon Island off the west coast in South Chungcheong Province, was also higher than 415.2 ppm measured in 2018.

The report also showed that the figure increased by 2.4 ppm each year between 2009 and 2018, which is slightly higher than the global average of 2.3 ppm during the 10-year period.

This indicates that the level increased more quickly in South Korea. 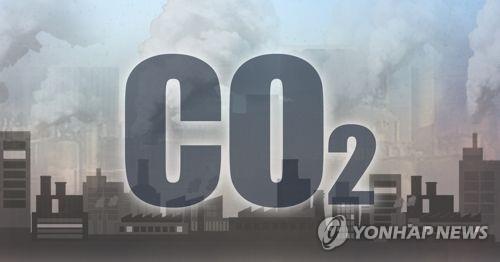