SEOUL, Sept. 17 (Yonhap) -- Internet cafes in the greater Seoul area reopened this week after the government relaxed its social distancing guidelines for COVID-19, but few reported better business due to bans on food consumption and minors on the premises.

Industry representatives said food sales account for a large proportion of their income, with some estimates putting the figure at 30 percent. Underage customers are believed to account for another 30 percent.

Food sold at these establishments has evolved over the years to include everything from instant noodles and burgers to fried rice, chicken nuggets and traditional Korean stews.

"I don't think it's fair that restaurants are allowed to sell food but PC Bangs are not," said one internet cafe owner, referring to the Korean term for his business. "Bang" means room in Korean. 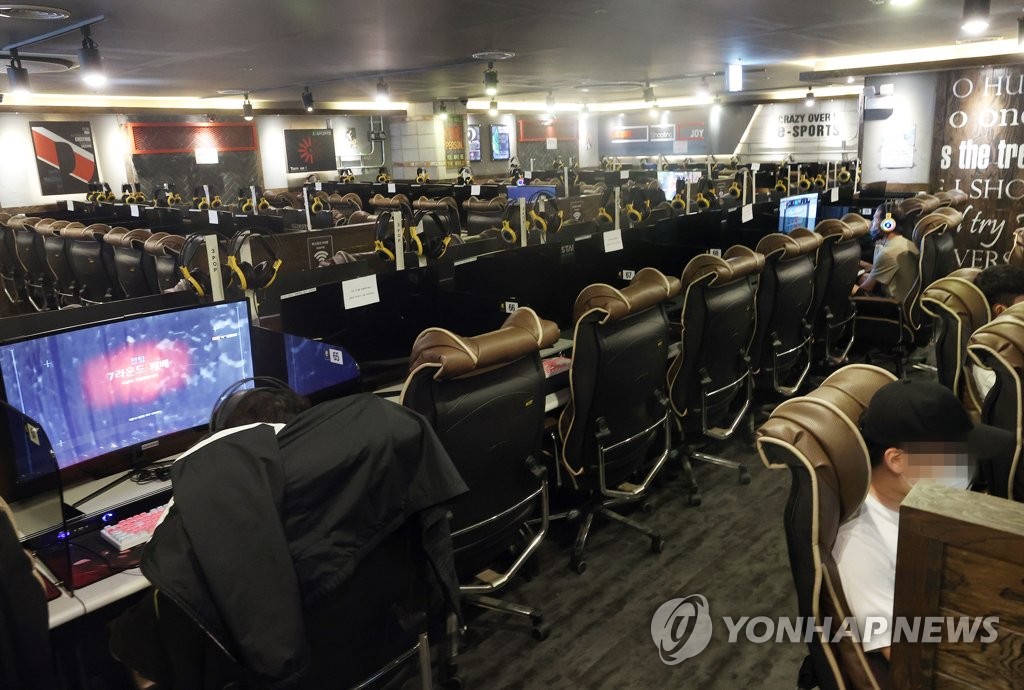 The owner, who declined to be named, runs an internet cafe in Incheon, about 50 kilometers west of Seoul, with a capacity of 90 people.

He said that with the current restrictions, including spacing between customers, it will be a long time before he can recover his losses.

The government's eased social distancing guidelines were announced Sunday amid concerns about the economic impact of antivirus restrictions and a slowdown in new coronavirus outbreaks.

The new rules, which will be in place for two weeks, allow internet cafes to reopen after a nearly monthlong forced closure. But food consumption and minors are still banned on the premises. 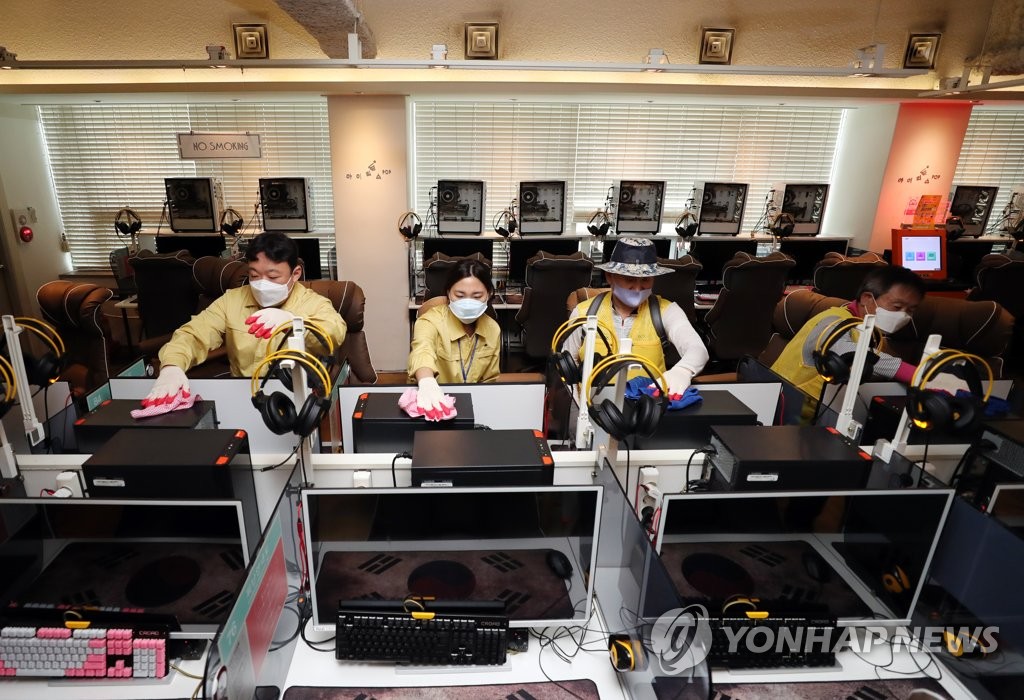 A special committee comprised of seven organizations representing the internet cafe industry held a press conference outside the National Assembly on Monday to protest the perceived injustice.

"How is banning our main source of income for two weeks different from telling us to open our stores but not do business?" a committee member said, referring to young customers and food sales.

Members also claimed that internet cafes pose no greater risk of infection than restaurants because patrons visit for short periods of time, remain inside partitioned cubicles, speak to other customers through headsets and not face to face, and eat alone in their seats. 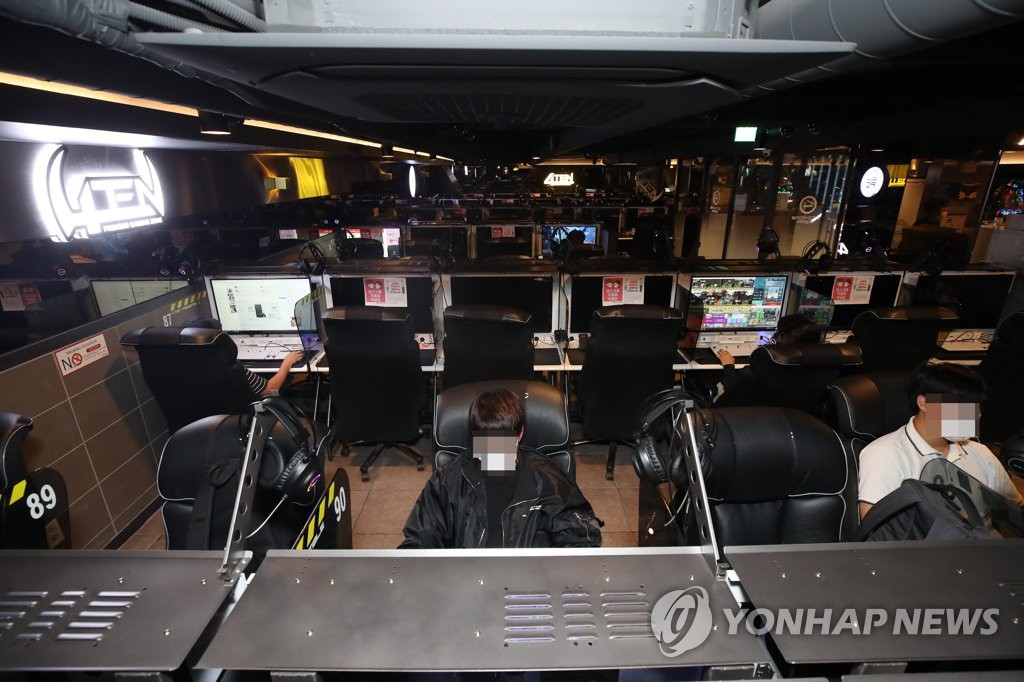 Namkoong Whon, CEO of Kakao Games, offered to come up with ways to support the internet cafe industry, a known close partner for the gaming industry.

"When PC Bangs were just starting to open in the late 90s, the hourly rate was 2,500 won (US$2.12). But with increased competition, many PC Bangs now charge less than 1,000 won," he wrote on his Facebook page Monday.

"Beerhouses that sell bottomless beer don't make a profit from beer but from their food. PC Bangs are similar in that regard," he continued. "The current (guidelines) amount to telling such beerhouses to open their stores but not sell food."

By Wednesday, frustration mounted to the point that one of the seven organizations reached out to the Ministry of Trade, Industry and Energy, and the state-run Korea Electric Power Corp., to request an exemption from electricity bills over the period that internet cafes were forced to close.

The fallout from banning food consumption has extended beyond the internet cafe industry.

Food distributors are also complaining of a lack of business.

"We're already struggling because many internet cafes are closing permanently, and the ban on food consumption is prompting questions about survival," said a 45-year-old executive of a distribution company tailored to internet cafes. "I have to raise two children, and it looks like I won't be able to make any money for two weeks. I'm thinking about taking on a manual labor job starting next week."

Responding to the rising complaints, the Seoul metropolitan government on Wednesday announced exceptions to the guidelines, allowing internet cafes to sell water and non-alcoholic beverages and their employees to consume food. 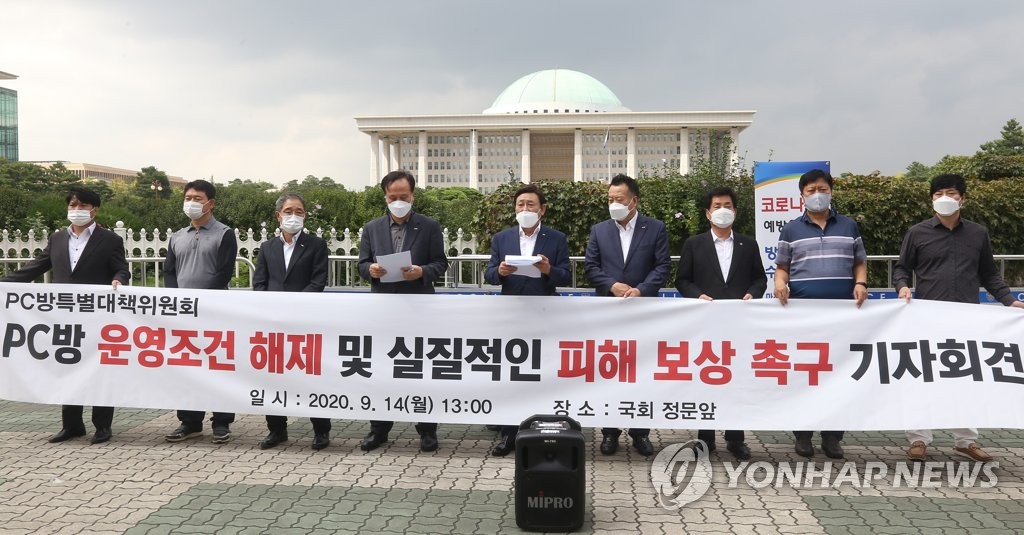